You can survive a nuclear attack, here's how

KGO
By by Ken Miguel 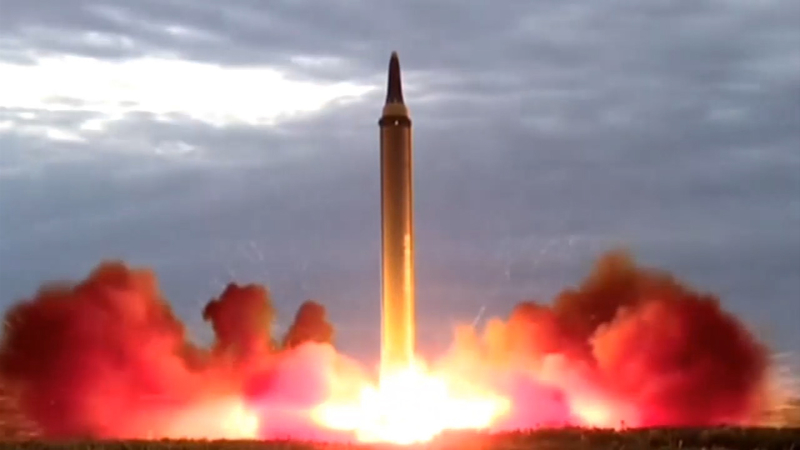 You can survive a nuclear attack, here's how

SAN FRANCISCO -- Many people are wondering about the heightened level of tension around nuclear weapons. That got us thinking...what do you even do if there was a nuclear attack?

For a generation, "Bert the Turtle" told people what to do if there was a nuclear attack. "He did what we all must learn to do," a film told students, "duck and cover."

The films were shown in classrooms across the country. They came with a warning, "you'll know when it comes. We hope it never comes. But we must get ready."

Nuclear weapons that could reach the United States are being tested from North Korea to Russia. Nuclear watchdogs say the threat is real.

Philip Yun is with the Plowshares Fund, he said, "It's one thing if North Korea has one or two nuclear weapons worth of material, but now we believe they have 25 to 30. In the next five to six years they could have maybe 70."

The bombs have been only used twice, in 1945 Nuclear blasts and the radiation that followed killed as many as 230,000 people in Japan.

Today's weapons are up to 300,000 times more powerful than those dropped in Hiroshima and Nagasaki.

If you needed proof that people are on edge, look what happened in Hawaii in January. A false alert was sent out that a missile was on its way to the islands sent thousands of people running into the streets, looking for cover.

Even the feds are worried. The Centers for Disease Control released this video at a presentation earlier this year, the title, "Preparing for the Unthinkable."

If a nuclear weapon was on its way to us, you would have probably 15 to 20 minutes to respond.

Brooke Buddemeier is radiation safety specialist at Lawrence Livermore National Lab. He says people will survive a nuclear blast. "You will have some time to take action to keep you and your family safe," said Buddemeier, "the biggest thing, get inside, stay inside, stay tuned."

Get to the center of a building, a basement if you have it.

Taking shelter will protect you from the initial blast and the radiation that follows.

Grab your disaster kit, the items are the same ones recommended for earthquakes with almost everything you need to survive for 72 hours.

Your disaster kit should include:
- A battery or crank powered radio
- Any medications you need
- Enough food and water

If a bomb the size of the one dropped on Hiroshima hit downtown San Francisco it might have these effects: Most buildings within half a mile would be completely destroyed, significant damage would spread for another 1/2 of mile, and radioactive fallout would spread over the Bay Area.

"What we are trying to do is reduce the potential for that radiation exposure," said Buddemeier

The key to surviving radiation, stay inside away from until you are told it is safe to leave your shelter.

"The recommended guidance for sheltering from fallout is 12 to 24 hours and the reason is because fallout decays, it actually gives off half of its energy in the first hour - 80-percent in the first day," said Buddemeier.