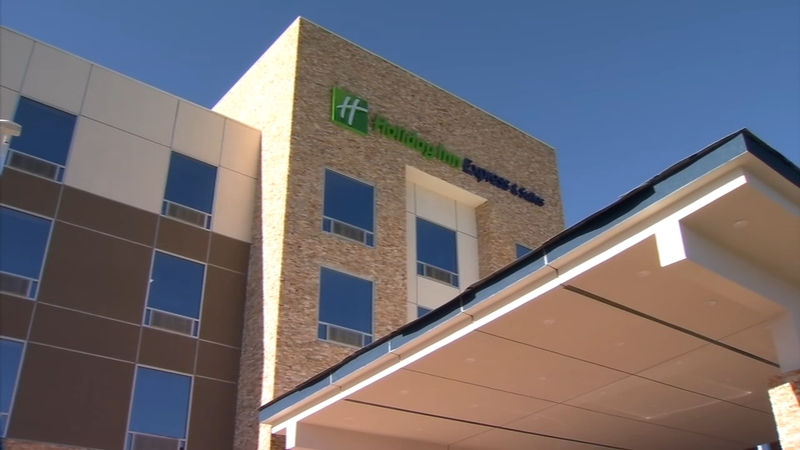 OAKHURST, Calif. (KFSN) -- Several new businesses are expected to bring hundreds of jobs and millions of dollars in tax revenue to the community of Oakhurst.

Crews are putting the final touches on the Holiday Inn Express off Highway 41, and the adjacent Fairfield Inn and Hampton Inn are not far behind. The three projects have faced many delays since construction started in 2014, including issues over sewer lines.

But Supervisor Tom Wheeler says the county is now taking steps to connect all three sites to its system so the doors can open soon to tourists from around the world.

"Out of the five million people who go to Yosemite each year, we've got the most that come right here through 41, so we want to capture that," Wheeler said. "We want to keep them here."

The hotels each have more than 100 rooms. Together, they're projected to bring in at least $1.5 million in tax revenue a year.

Work is also expected to begin soon on a new Tractor Supply Co. that will be built on a vacant lot off Highway 49 across from the California Highway Patrol station. It's just down the street from the 30-acre property where the new Oakhurst Community College is scheduled to break ground next year.

The county has approved plans for a new convention center as well.
"All these things are going to be great for the community," says longtime Oakhurst resident and Madera County Auditor-Controller Todd Miller. He believes the projects will help create much-needed opportunities for young professionals.

"My own children don't work here because they can't find good-paying jobs here, but that is changing," Miller said. "Every time we have a new store, new hotel, that brings in dozens and ultimately hundreds of jobs and helps our economy, it helps the economy of the whole county to do that."