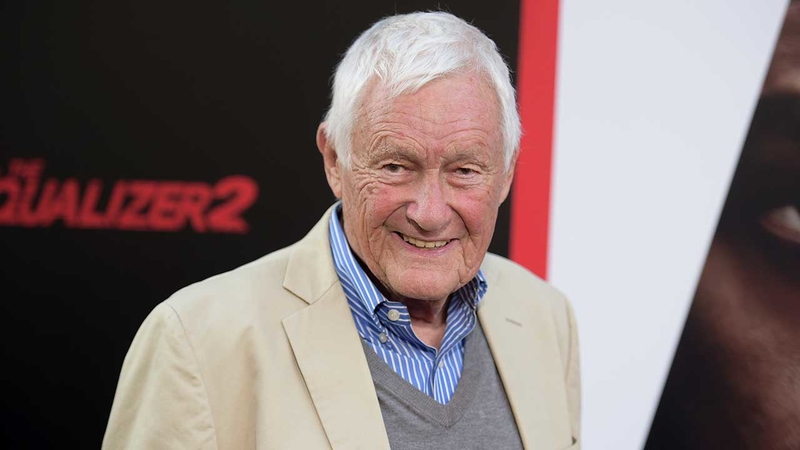 VENICE, Calif. -- Veteran actor Orson Bean was struck and killed by a car Friday night in Venice, California, authorities said. He was 91.

The Los Angeles County Coroner's office confirmed Bean's Friday night death, saying it was being investigated as a "traffic-related" fatality.

Los Angeles police say a pedestrian was walking in the area of Venice Boulevard and Shell Avenue when he was clipped by one vehicle and fell.

Other bystanders tried to warn a second driver, but he also struck the pedestrian. Police say the second collision was fatal. Both drivers stayed at the scene.

"The car coming westbound did not see him and clipped him and he went down," said Los Angeles Police Department Capt. Brian Wendling. "A second vehicle was coming up, was distracted by people trying to slow him down and then looked up and then a second traffic collision occurred and that one was fatal."

Police did not immediately identify the pedestrian, but a friend of the veteran actor who witnessed the collision confirmed to ABC7 Eyewitness News that Bean had been struck and killed.

Investigators say the initial indication is this was just a tragic accident. It appears Bean had come from between two vehicles when he was crossing the street and was not seen by the drivers.

Bean made more than 100 appearances in television and film in an acting career that spanned back to the 1950s.

His credits include films such as "Being John Malkovich" and "Miracle on 34th Street" and TV shows like "Modern Family" and "The Bold and the Beautiful." He had a recurring role in "Desperate Housewives" from 2009 to 2012.

Bean had been married for 27 years to actress Alley Mills, best known as the mother in "The Wonder Years." Witnesses say she was at the scene.

The collision happened in front of the Pacific Resident Theatre, where both Bean and Mills were company members. Bean was crossing busy Venice Boulevard to the theater, where his wife was working, friends say.

Bean continued to perform into his 90s, appearing in the show "Superstore" and the film "The Equalizer 2" in 2018.