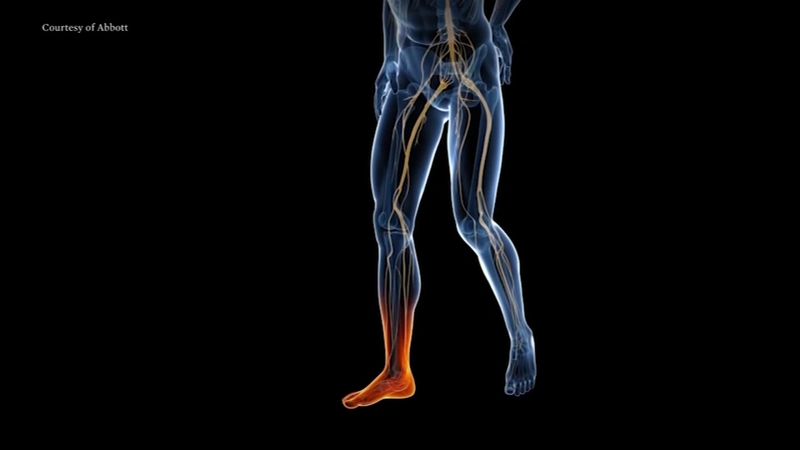 Researchers at UC San Diego are coming to the rescue of people with terrible pain in one part of their body. They're using a stimulator that goes directly on the dorsal root ganglion, a bundle of nerves that transmit pain signals to the brain.

Raul Silva had his leg amputated in San Diego after a motorcycle accident in Mexico.

His leg is gone, but he felt cold, numbness, and terrible pain there. He worked to support his family for a while but had to stop. Then, his doctor told him about a new pain control system called dorsal root ganglion stimulation, or DRG.

Silva did a seven-day trial with a temporary device sending electrical pulses to block pain signals to the brain.

Dr. Chakravarthy said, "The analogy I give is if you have a six-lane highway or a bunch of cars that are driving, we're effectively setting a roadblock across the highway."

After 17 years of suffering, Silva reported his pain was gone.

"It was amazing because for instance, in the beginning, I feel like a real amputee person, no pain, no phantom pain, no cramping, nothing like that," said Silva.

Silva became UC San Diego Health's patient number one for the permanent DRG stimulator. The leads and battery are implanted, and he controls the intensity and location of the stimulation with this Bluetooth device. He says the system is giving him his life back.