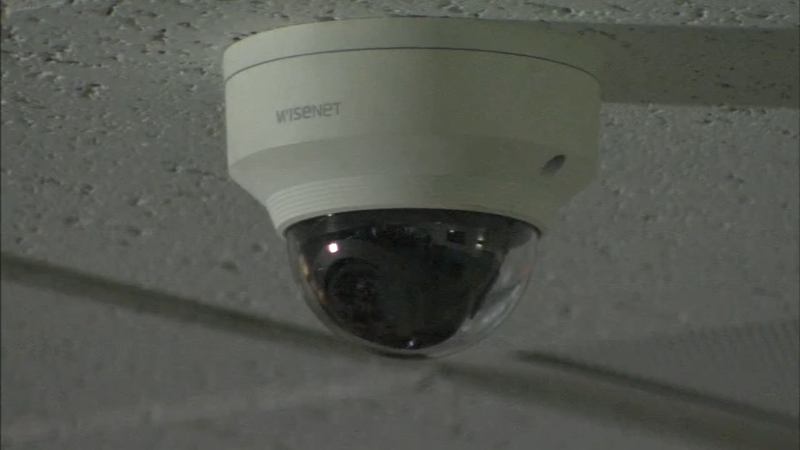 WARMINSTER, Pa. -- A local high school has installed a security system that can detect in real time if someone is armed, and in an age where school shootings have become the norm its creator tells Action News he hopes this will help curb the national trend.

Archbishop Wood High School in Warminster is using the new system called Athena, an artificial intelligence system that detects in real-time if someone is armed and immediately alerts building administrators and authorities.

"It automatically detects when someone pulls out a gun," said CEO and co-founder of Athena Lisa Falzone. "Currently the security camera industry is very reactive. It does nothing to give alert to prevent crime."

Making their pitch to other school leaders in Bucks County, Falzone said the software hooks up to existing security cameras.

Falzone said the system can currently detect when someone pulls a weapon, but cannot detect a concealed weapon, something she and he co-founder, Chris Ciabarra, are working to be able to soon offer.

Students today don't know a world where mass shootings don't exist. Wood has over 30 cameras with this new system in place.

"They've tested it and it works fine," said President Gary Zimmaro. "We're the only ones that have it and hopefully we won't have to use it."

While Wood is the first school in this area to employ the Athena system, we are told three other schools across the country have already signed up for the new technology.
Report a correction or typo
Related topics:
educationpennsylvaniaschool shootingpennsylvania newsvideo camerasecurityguns
Copyright © 2022 WPVI-TV. All Rights Reserved.
TOP STORIES
Man charged with murder of 2-year-old whose father died a year earlier
Valley Children's Hospital delaying some non-urgent surgeries
How reliable are rapid tests? Dr. explains when to depend on results
Good Sports: Fresno woman gains recognition with indoor rowing
Valley ag business continues to feel impact of supply chain issues
Merced police searching for missing 87-year-old man
Website for free COVID tests is here. How does it work?
Show More
Biden, 1 year in, says nation weary from COVID but in a better place
Man suffered severe burns after explosion at Table Mountain Casino
Man hit by car in northwest Fresno
Suspects caught on camera stealing from Kohl's in northwest Fresno
Domestic violence suspect arrested after standoff with Fresno police
More TOP STORIES News