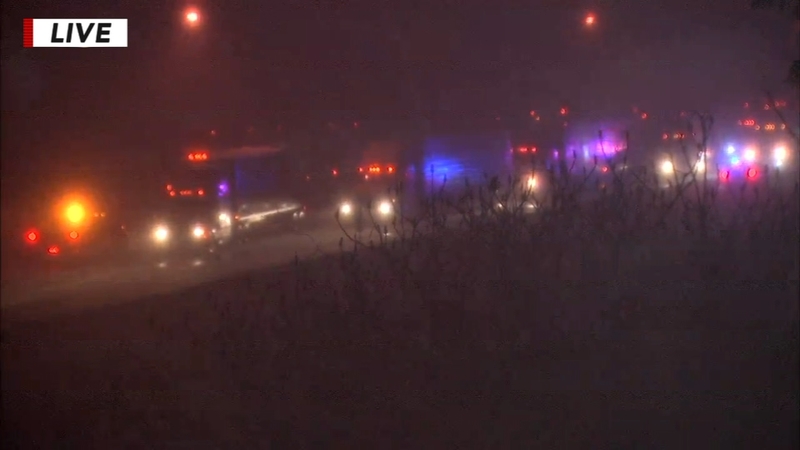 Traffic nightmare on I-78

ALLENTOWN, Pa. -- The wintry weather caused a traffic nightmare on a 30 mile stretch of I-78 in the Lehigh Valley of Pennsylvania.

Vehicles, a majority being tractor-trailers, were in a standstill at various spots along the roadway from the New Jersey State Line to Route 100.

Some drivers were in the traffic for 12 hours - since Thursday afternoon. Conditions began improving toward the early morning hours on Friday.

Police drove on the opposite side of I-78, honking their horns, to wake up drivers who fell asleep in their trucks.

A viewer video sent into Action News showed a solid line of cars on I-78 near Route 33 around 7 p.m. Thursday.

Some drivers ran out of gas waiting for traffic to begin moving.

State troopers waking up drivers on I-78. Matt O'Donnell reports during Action News Mornings on November 16, 2018.

While traffic began to move on I-78 in Fogelsville, Mother Nature was not done with the wintry weather.

As Action News reporter Jeannette Reyes was speaking about the traffic conditions, a round of thundersnow hit the area. Action News quickly stopped the live report, until it was safe again for the news van to operate.