Penny Marshall movies and TV shows: A look back on her career 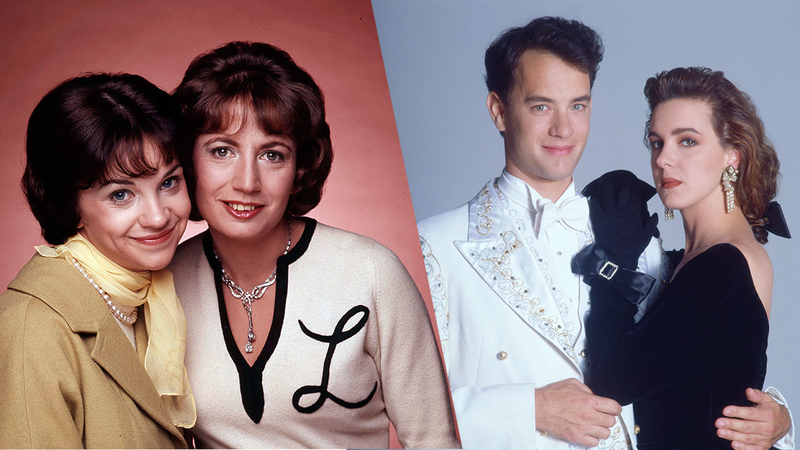 Penny Marshall movies and tv shows: A look back on her career

Director and actress Penny Marshall passed away Monday at the age of 75, her publicist confirmed.

Marshall, the sister of the late filmmaker Garry Marshall, got her start as an actress on Laverne & Shirley before getting behind the camera and becoming a successful director.

"Penny was a girl from the Bronx, who came out West, put a cursive "L" on her sweater and transformed herself into a Hollywood success story," her family said in a statement after her death.

Here's a look back at some of her most well-known projects:

Before they were the titular characters in a megapopular series of their own, Laverne DeFazio and Shirley Feeney went on a double date with Fonzie and Richie in a 1975 episode of Happy Days. Marshall played Laverne and Cindy Williams played Shirley, and the pair would reprise their role in several episodes over the next few years.


Laverne & Shirley, one of the most popular series of the late '70s and early '80s, followed Marshall and Williams' Happy Days characters. The series, notable for its slapstick comedy, followed the two young women in the late '50s and early '60s through their loves lives, their blue-collar jobs at a brewery and their life as roommates. Marshall was nominated for a Golden Globe three times for the role.


The 1988 blockbuster, starring Tom Hanks as a teenager trapped in an adult's body, was the first film by a female director to gross more than $100 million at the U.S. box office.

Marshall's next directing gig saw her working with Robert De Niro and Robin Williams in 1990's Awakenings. The film was nominated for three Oscars, including Best Picture.

A League of Their Own

Marshall directed Hanks again in the 1992 film A League of Their Own, along with an impressive cast that included Geena Davis, Rosie O'Donnell, Madonna and Marshall's daughter, Tracy Reiner. Two decades later, the beloved baseball movie was inducted into the Library of Congress National Film Registry.

1996 saw Marshall directing two more icons, Whitney Houston and Denzel Washington, for The Preacher's Wife. The film's music was nominated for an Oscar.

Riding In Cars With Boys

Riding in Cars with Boys, starring Drew Barrymore, was released in 2001.

After that, Marshall had more jobs as an actress, a producer and a television director. At the time of her death, Marshall was working on a documentary about Dennis Rodman.