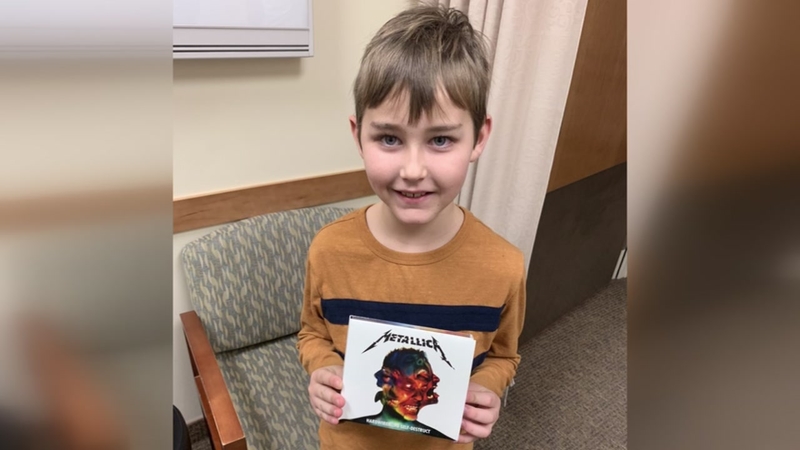 WILMINGTON, N.C. -- Not many families would call losing their home to a hurricane a blessing.

For 8-year-old Perryn Miller, that's exactly what he and his family call Hurricane Florence: a blessing in disguise.

After Florence destroyed the MIllers' North Carolina home in September 2018, they set out to spend Christmas with Perryn's grandparents in Utah.

Prior to the storm, the boy had been experiencing headaches, which gradually grew in severity.

His doctors in North Carolina said that the headaches were a result of new glasses and the pain should soon be relieved, but the pain didn't go away. Instead, it grew in intensity.

In Utah, doctors made a sinister discovery.

"He has a glioblastoma multiforme, and it's stage four." Perryn's mom, Jaimee Miller said.

Had it not been for the hurricane, losing their home, and spending Christmas in Utah, the brain cancer may not have been caught.

"Those pieces of the puzzle sort of fit together for us to identify his tumor earlier than we would of," Jaimee said.

For now, Perryn is undergoing radiation and chemotherapy in Utah. In March, the soon to be 9-year-old will have his care transferred to Duke.

For Perryn, there's more to his life than his advanced cancer diagnosis. He is a young man inspired by his father, who served as a Marine. It's that example of service that may have pushed Perryn to admire law enforcement.

While in Utah, Perryn had the honor of being deputized for a day by the Utah Police Department.

Now the boy is on a mission to collect challenge coins and badges from departments across the globe.

He already has a collection started.

"I like to see the different stuff they have," Perryn said in a Facetime interview.