More reporting and resources about equity and policing 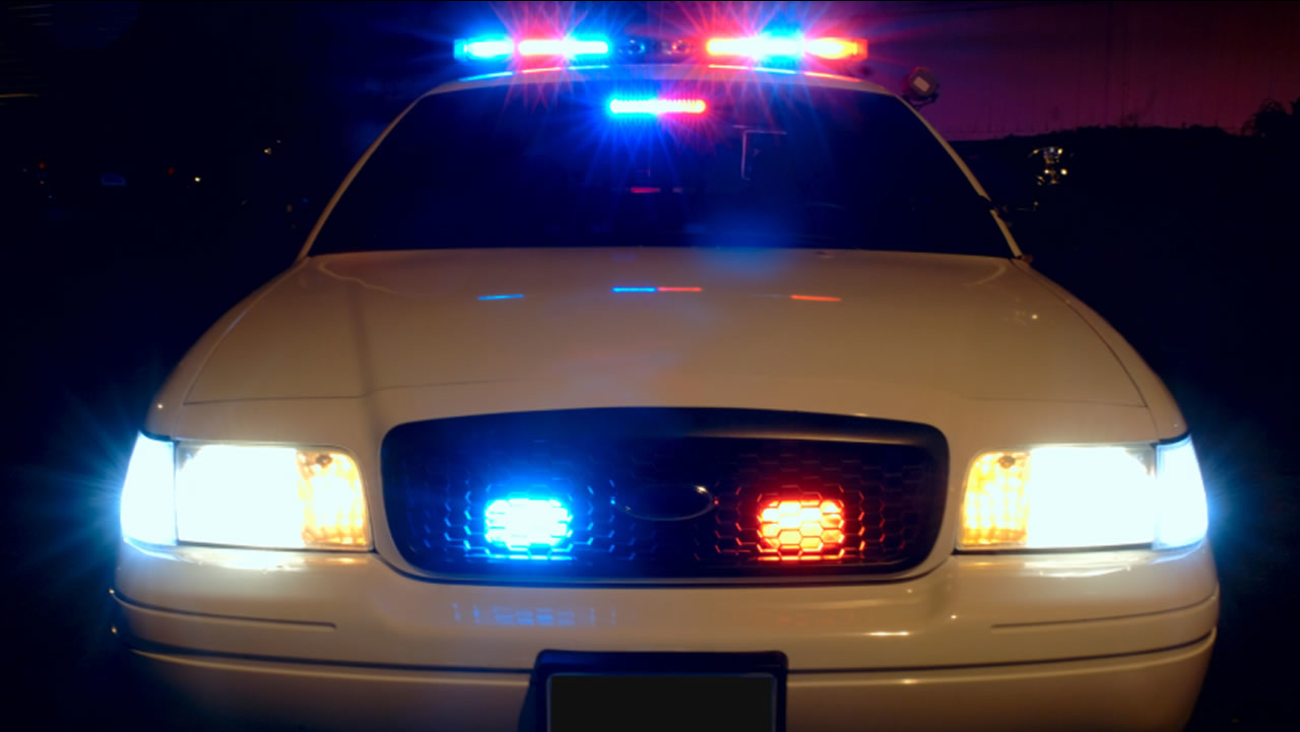 The photo is a stock image of a police cruiser with lights on. (File)

History, research and data document how Black people, and many other people of color, face a difference experience with police in much of the country.

That's according to police agencies' own records, gathered and analyzed independently by academics, government agencies and journalists over several decades.

The increased awareness of those differences has led some cities and police departments to attempt major changes and other police entities - including some police unions and politicians - to deny disparities in their own data and resist change because they believe it might limit officers' ability to protect themselves and residents.

The American public's recognition of the disparities is solidifying. In the wake of last year's murder of George Floyd by a former Minneapolis police officer, an latest ABC News/Washington Post poll, and 60% of Americans say the country should do more to hold police accountable for mistreatment of Black people.. More broadly, 63% say Black people and other minorities do not receive equal treatment as whites in the criminal justice system.

Still, unequal policing persists in many communities, according to ABC Owned Television Stations' investigations over the last two years.

Most recently, we've found police officers in most regions across the country are far whiter than the people they're hired to serve, with Black people, Latino people and other people of color under-represented among officers in 99 of 100 of the nation's largest metro areas.

The resources we're sharing here include our ongoing investigations about unequal policing as well as academic research and investigations by other journalists.

Come back often as our journalists delve into the data about inequities in our cities and highlight potential solutions over the coming weeks and months. We'll be adding the latest coverage here.

LaMarr Tinnin wanted to be a police officer when he was just a toddler. But he said as he grew up in North Carolina, he started to experience racism at the hands of police. Now, he's both a police officer in Southern California and an advocate working to help diversify police departments everywhere.

Asian police officers are underrepresented in every Bay Area county, according to an ABC7 analysis of U.S. Census Bureau data.

Asian police officers are underrepresented in every Bay Area county, according to an ABC7 analysis of U.S. Census Bureau data.

ACTION NEWS INVESTIGATION: The tri-state area ties for rank #50 in underrepresentation of police officers of color.

IN NEW YORK: How diverse is your police department? We looked at the data across the New York region
EMBED More News Videos

7 On Your Side Investigates looked into the diversity of local police departments to see how representative they are, or aren't, of the communities they patrol.

7 On Your Side Investigates looked into the diversity of local police departments to see how representative they are, or aren't, of the communities they patrol. There are stark differences in the Tri-State when it comes to how many minorities are employed at various law enforcement agencies. Suburban areas in the northeast tend to have whiter police forces.

IN RALEIGH: Investigation: Are Philadelphia-area police departments diverse as communities they serve?

Of the largest 100 metro areas in the nation, the Raleigh-Cary and Durham-Chapel Hill metro areas have the largest gaps in diversity between law enforcement agencies and the general population.

We take a look inside Central Valley law enforcement agencies to see how the departments' demographics compare to the people they serve.

The data shows that many agencies don't match the populations they serve perfectly, but local law enforcement officials and experts explain while representation matters within a department, they don't think it should be the only defining factor of how they do as an agency.

An I-Team data investigation found that Black and Latinx people are underrepresented in Chicago-area police departments, despite making up large parts of those communities.

Diversity data obtained and analyzed by the I-Team highlights the challenges many Chicago area police departments face in building organizations that look more like our communities.

Despite a federal court ruling and a decline in stop and frisk arrests, data analyzed by Eyewitness News shows racial disparities have grown bigger in New York City over the past five years.

The I-Team, in collaboration with other ABC Owned Stations, analyzed police data and found that Black drivers make up a greater proportion of Chicago traffic stops than their share of the population.

For Oakland native Darry Gentry, it happened in his driveway. "The officer thought I was suspicious," Gentry said. "I pulled over and asked the officer what's the problem?" Gentry was driving down his street and pulled over in front of his house. "I told the officer, 'I live right here,'" Gentry said. "Would you like to see my keys? But, he still sent me through hell."

A look at arrest data shows a disparity in arrests of minorities.

When Fort Bend County Judge O'Neil Williams got his driver's license as a teen, his parents gave him "the talk." They told him what to do if he gets pulled over by police - put your hands on the steering wheel and answer questions politely with "yes, sir," and "no sir." It's the same talk his neighborhood friends received, but not the children on the other side of the street, in the suburbs. "We found out that we were being treated a little differently because the police were afraid of us and so when I grew up, I wanted to be a police officer because I thought a good police officer could change everything," Williams said.

IN PHILADELPHIA: Racial disparities in Philadelphia police's use of stop-and-frisk, data shows

An Action News Investigation looked into police stops to shed more light on who is more likely to be stopped, and why.

An Action News Investigation looked into police stops to shed more light on who is more likely to be stopped, and why. Known as "stop-and-frisk," the longstanding policy in the Philadelphia Police Department is aimed at getting guns off the streets. Some say it creates more tension between the community and police.

Resources for learning more about inequities in policing

The force and the resistance: Why changing the police force is neither inevitable, nor impossible. A 2017 report published by Penn Law: Legal Scholarship Repository. https://scholarship.law.upenn.edu/cgi/viewcontent.cgi?article=1207&context=jlasc

Race and the Police. The historic minimalist inclusion of minorities in public safety decisions impacting their neighborhoods is an example of a missed opportunity to reduce frictions between the police and minority communities, according to veteran law enforcement officer and independent police consultant Clarence Edwards. https://www.policefoundation.org/race-and-the-police/

Advancing Diversity In Law Enforcement. Report by the U.S. Equal Employment Opportunity Commission about the need for more diverse police recruiting. https://www.eeoc.gov/advancing-diversity-law-enforcement
Will More Black Cops Matter? Officer Race and PoliceInvolved Homicides of Black Citizens. The authors reconcile these perspectives using the concept of critical mass, which leads to the expectation that an increase in black officers will reduce the number of black citizens killed in encounters with police, but only once the proportion of black officers is sufficiently large. https://onlinelibrary.wiley.com/doi/full/10.1111/puar.12734

Black and unarmed. In a 2016 story by the reporters who built the nation's most authoritative database of police shootings, the Washington Post found unarmed black men are seven times more likely than whites to die by police gunfire. https://www.washingtonpost.com/sf/national/2015/08/08/black-and-unarmed/?itid=lk_readmore_manual_28

Fewer black civilians are killed by police in cities with more black officers. Report on a story finding that Cities with similar demographics - where the population is evenly divided between white and black residents but there are only a few black officers on the force - tend to have the highest rates of fatal police shootings of black civilians, the research suggests. https://www.washingtonpost.com/news/wonk/wp/2016/05/25/study-fewer-black-civilians-are-killed-by-police-in-cities-with-more-black-officers/

Driving while Black: ABC analysis of traffic stops reveals racial disparities in several US cities. An analysis of data collected by local police departments on millions of traffic stops over the last several years, conducted by ABC News in collaboration with ABC-owned stations, shows that Black drivers or pedestrians were more likely to be stopped by police than white drivers or pedestrians in several major U.S. cities, after accounting for the demographics of the cities and counties those police departments serve. https://abcnews.go.com/US/driving-black-abc-news-analysis-traffic-stops-reveals/story?id=72891419

As loitering and curfew arrests decline nationwide, Philadelphia's use of the tactic stands out. Analysis by ABC Owned Television Stations shows the vast majority of those arrested for loitering and curfew violations were young black people. https://abcnews.go.com/US/loitering-arrests-decline-nationwide-philadelphias-tactic-stands-crowd/story?id=71204573

Analysis of police arrests nationwide reveals stark racial disparity. An investigation by ABC Owned Television Stations and ABC News reveals Black people were arrested at a rate five times more than white people in 2018 in hundreds of communities across the country. https://abcnews.go.com/US/abc-news-analysis-police-arrests-nationwide-reveals-stark/story?id=71188546

The War on Marijuana in Black and White. American Civil Liberties Union, 2013. https://www.aclu.org/criminal-law-reform/war-marijuana-black-and-white-report

Across the Thin Blue Line: Police Officers and Racial Bias in the Decision to Shoot. Journal of Personality and Social Psychology, 2007.

Black people are three times likelier to be killed in police chases. A first-of-its-kind investigation by USA TODAY shows that black people across the nation - both innocent bystanders and those fleeing the police - have been killed in police chases at a rate nearly three times higher than everyone else.https://www.usatoday.com/pages/interactives/blacks-killed-police-chases-higher-rate/

Punishment and Prejudice: Racial Disparities in the War on Drugs, Human Rights Watch, 2000. The researchers found that Blacks people comprise 63% and whites 37% of all drug offenders admitted to state prison, even though federal surveys and other data show clearly that this racial disparity bears scant relation to racial differences in drug offending. There are, for example, five times more white drug users than black. https://www.hrw.org/reports/2000/usa/

The Groundwater Approach. A report by The Racial Equity Institute about its explanation of its Groundwater metaphor, which "is designed to help practitioners at all levels internalize the reality that we live in a racially structured society, and that that is what causes racial inequity." https://www.racialequityinstitute.com/groundwaterapproach