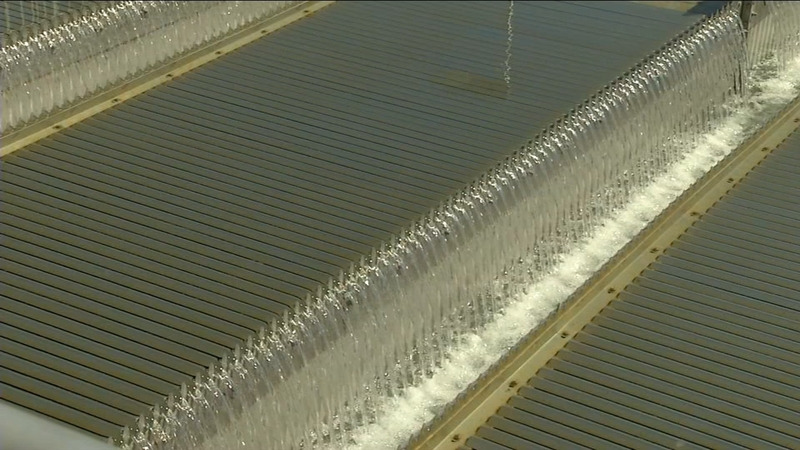 The new $250 million water treatment plan is seen as a way to give the city a sustainable supply. Mayor Lee Brand put it this way.

The plant nearly completes the city's shift from pumping from underground wells to utilizing the 120,000 acre-feet of water it is entitled to from the Kings River. The water comes in through a 13 mile pipeline.

It is the city's second surface water treatment plant.

When the city opened its water treatment plant in northeast Fresno and switched from well water to water from the San Joaquin River corrosion problems plagued hundreds of northeast Fresno homes.

Some residents replaced all their plumbing. Lawsuits have been filed against the city. But Public Utility Director Michael Carbajal says testing has so far detected no real problems in the homes being served by this plant for the last three months.

The plant is expected to expand, and nearly double capacity in the next couple of years. The water is coming from the Fresno Irrigation Districts system. But according to Director Gary Serrato, it's not keeping water from farmers, because the city's water allotment had been sent to ponding basins, where it would filter into the ground, then be pumped up again.

This is the most efficient way to utilize water, instead of extracting it from the underground. This will offer up the opportunity to shut off those pumps, and not extract the water, to begin with.

While the plant will pump treated water from the Kings River, it will also be blended with well water supplies, but many of the city's 260 wells will eventually be idled.