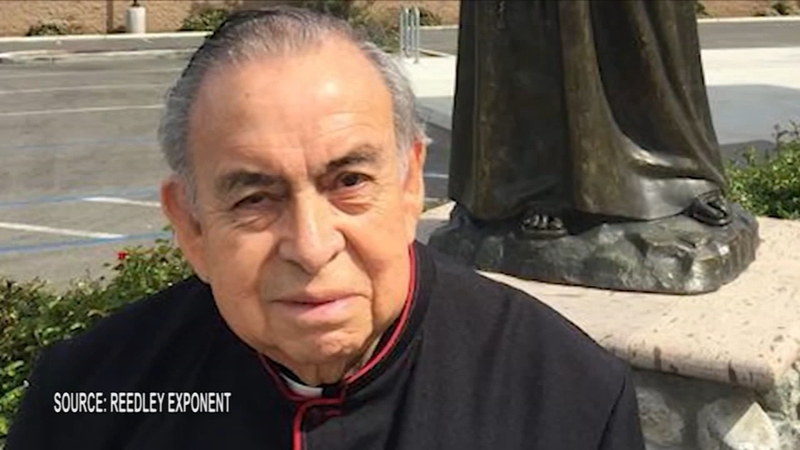 FRESNO, Calif. (KFSN) -- A new state law has paved the way for a lawsuit against the Catholic Diocese of Fresno.

One of the women came forward last June about alleged abuse by Monsignor John Esquivel in 1983. The other one is still anonymous, but she says he abused her in 1971. And a new law means there's no statute of limitations right now.

Six months ago, she accused Esquivel of sexual abuse in 1983 when as a 17-year-old, she worked as a secretary at St. Joseph's in Bakersfield.

Father Esquivel has served at St. Anthony in Reedley since 2007 with the exception of a few months last year while the church investigated the accusations against him.

A spokesperson for the diocese says they took the investigation as far as possible "without, unfortunately, the input of accusers who declined our invitation to participate."

"The plaintiffs now are going to say that wasn't a very accurate, it wasn't a very thorough investigation and they could've done more to establish that this happened," said legal analyst Tony Capozzi. "But again, the parish is going to say, 'Look, the claimant didn't cooperate with us.'"

Ray filed a lawsuit along with another woman, Jane Doe 92, after AB-218 eliminated any statute of limitations on filing sex abuse lawsuits for the next three years.

"Many times when this abuse occurs, it's between the two individuals," he said. "It's very private. Did that victim report this to someone else?"

In this case, Ray did. And so did her predecessor in the secretary's job.

Action News talked to that woman and she told us Esquivel did the same things to her, and both she and Ray told an associate priest and a bookkeeper about it.

But the diocese never reached out to her during their investigation.

She's planning to file a lawsuit of her own.