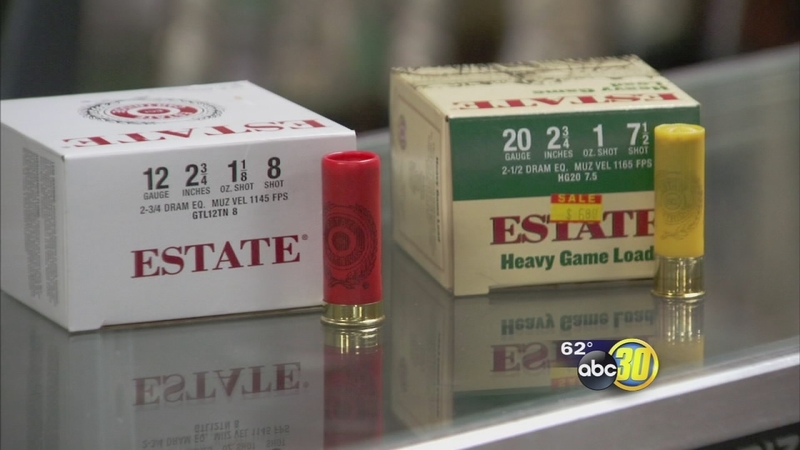 FRESNO, Calif. (KFSN) -- After a year of mass shootings across the country Californians overwhelmingly voted for tougher gun control laws Tuesday. But inside local gun shops-- people are fired up.

"It's called the safety for all act but in reality, it provides safety for none," said Jacob Belemjian, Owner, The Firing Line.

The focus of Proposition 63 is on ammunition. You can no longer possess magazines that hold more than 10 rounds and have to pass a background check to buy bullets.

Restrictions that opponents said are redundant and an infringement on rights.

But supporters said Tuesday's landslide victory is a sign people want change. The initiative passed by more than 60-percent and is billed as a way to decrease preventable gun violence.

"A gun for hunting or self defense that's fine-- but you don't need a whole lot of ammunition for that. It doesn't make sense to give somebody the same amount of ammunition they need to do some of the things that have happened lately," said Bill Simon, community activist.

Prop 63 will also speed the seizure of firearms from people no longer allowed to own them.

"Anything can be violated but at least its some effort to keep some kind of control over the misuse of guns," said Simon.

Details on enforcement are still being determined.

Belemjian said safety does matter it just can not be improved this way.

"Somebody that knows how to handle a firearm it doesn't matter if their magazine has five rounds, ten rounds, or twenty rounds in it if they know how to use the firearm and manipulate it properly they can reload the firearm. It doesn't make any difference."
Related topics:
politicsgun control2016 california propsfresno2016 election
Copyright © 2021 KFSN-TV. All Rights Reserved.
2016 CALIFORNIA PROPS
Prop 56 will have California voters decide whether to increase tax on a pack of cigarettes
Californians now have to decide if they want to pay for plastic bags
Fresno County leaders labeling marijuana a threat to public health and safety
Prop 63 has a local gun shop fired up about new regulations
TOP STORIES
Merced recycling center owner arrested for stolen property, police say
Domestic violence suspect arrested in Clovis, police say
Multiple dogs found in garbage bag at Fresno County park
Criminal charges 'on the table' in deadly shooting on 'Rust' set: DA
Brothers describe boy's beating death in their family home
California's unemployment fraud reaches at least $20 billion
Crews had to stop fixing roof at Fresno apartments due to no permit
Show More
Couple arrested after shot fired at driver during road rage incident
Newsom gets booster shot at Alameda Co. health clinic
Immunocompromised may need 4th COVID booster shot: CDC
US issues first passport with 'X' gender marker
Fire damages popular Kerman restaurant
More TOP STORIES News