The coach is calling for change and a tougher response from the state athletic organization.
KFSN
By Nic Garcia 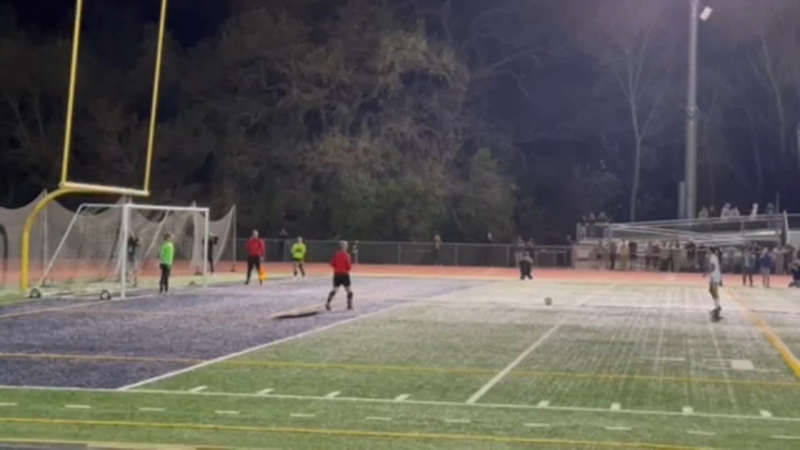 The coach is calling for change and a tougher response from the state athletic organization.

The incident happened at an away Division 1 championship game between Buchanan High School and Oak Ridge High School in the Sacramento area.

Two Buchanan high school soccer players were heckled with racially-charged noises as they went to do their penalty kicks.

The Sanger High School soccer team was left shocked after parents say they and their children were the target of racial insults in Concord on Tuesday.

A student on the Oak Ridge side made monkey noises as Ciara Wilson, an African American soccer player from Buchanan, approached the ball.

Moments before, a person was barking like a dog as a Hispanic player made her kick.

"The reality is, if we don't speak up -- if we don't say anything, if we don't watch the video of this happening and say this is absolutely disgusting, then what are we doing?" said Jasara Gillette-Myles, head coach of the Buchanan girls soccer team.

El Dorado Union High School District also released a statement saying in part "This incident disgusts our learning community and embarrasses our entire school. There is no room for this type of individual behavior anywhere in society. This individual does not represent the values of our school, District or community."

And the C.I.F. released a statement saying in part it "finds it unacceptable when those attending a game take away from all the hard work the student-athletes have put forth to participate in a championship event. The CIF prohibits discrimination or any acts that are disrespectful or demeaning toward a member school, student-athlete, or school community."

Oak Ridge and the C.I.F. say there is an investigation to find the person responsible.