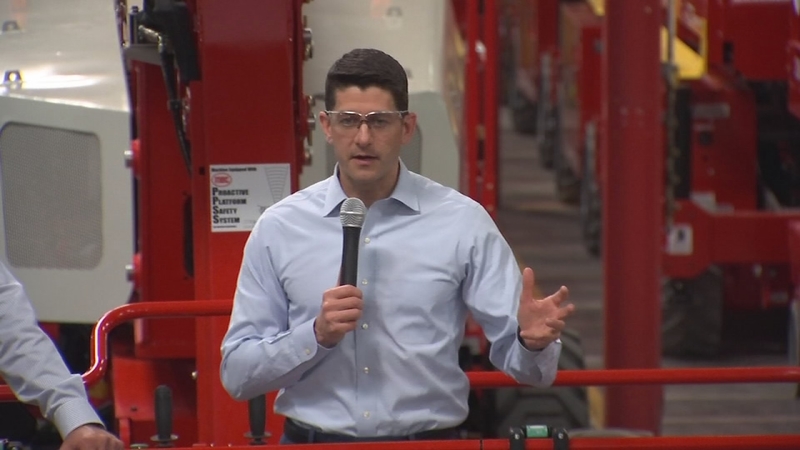 FRESNO, Calif. (KFSN) -- Business is booming at the MEC factory in Kerman. They make man lifts for construction and industrial purposes.

Republican House Speaker Paul Ryan says its due to tax cut legislation giving business owners the ability to write off more of their purchases.

Ryan visited the plant today along with Republican Congressman David Valadao of Hanford.

He told a crowd of workers how the tax law helped, "What we did in this tax law was we said to business if you buy more manufactured equipment, you can write off the cost of that equipment off your taxes, so you buy more of it. You know what happens when businesses buy more equipment? They hire more people to use that equipment."

Company owner David White says the tax cut legislation deserves some of the credit for a boost in sales and hiring.

But the tax cuts have their critics, including most recently, Senator Marco Rubio (R-Florida) who said too much of the benefit went to corporations, not to workers.

Congressman David Valadao (R-Hanford) disputed that and said the legislation is having a positive effect here. "I don't know where Rubio's coming from on this, and obviously he's backtracked on it a little bit as well, but for here in the Central Valley when you look at the numbers, it's actually a good piece of legislation."