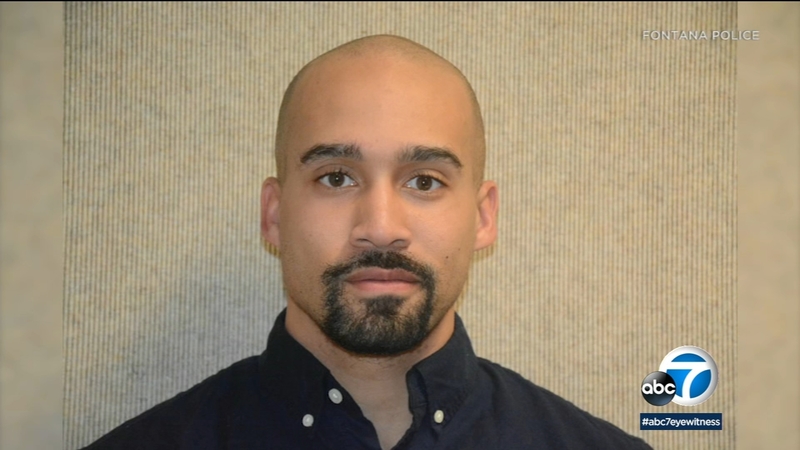 RIVERSIDE, Calif. -- A 30-year-old counselor at a Seventh-Day Adventist Christian school in Riverside is suspected of secretly videotaping boys inside a bathroom on campus, police say.

Matthew Johnson, of Loma Linda, is accused of downloading and distributing child pornography over the internet.

Riverside police say there are no indications that the videos and images captured by the hidden camera at La Sierra Academy were distributed. However, school administrators say Johnson has since been terminated.

Parents were stunned to hear that Johnson was arrested on child pornography charges.

Ramirez's son is a kindergartener at the private school. She said she just met Johnson last week.

"Just interactions that he's had with my son. He was very involved with the youth at church here. Just last week, he shook my hand, introduced himself because my son ran up and said he's an amazing person," Ramirez said. "So to find this out, and I'm like, 'I shook his hand?' I wish I could go back."

On Wednesday, a search warrant was served at Johnson's home in Loma Linda after Fontana police received a cyber tip from the National Center for Missing and Exploited Children. During the search warrant, detectives seized multiple electronic devices, and much of the evidence included images and videos depicted prepubescent boys as well as evidence relating to the downloading and distribution of child pornography.

"Under his own admission, we believe that he did install some kind of hidden recording device in a bathroom," Riverside police officer Ryan Railsback said. "We don't know how long that had been going on, and we don't know how many images and recordings were made. Our investigators are right now are sifting through all of that to see if we can identify any of the students who were caught on the camera."

Johnson was booked at West Valley Detention Center and an investigation is ongoing.

One parent said she was frustrated with the possibility of Johnson only being charged with a misdemeanor.

"I'm gonna put it as nicely as I can, California is a very interesting place and I don't agree with a lot of things that are on the books, and maybe this will change," said the woman who did not want to be on camera.

In a statement to parents, La Sierra Academy said the administration was "shocked, horrified, and devastated by these developments."
"We are shocked, horrified, and saddened by what this investigation has already revealed. My heart is broken. We love the children and their families that we serve. Their safety and well-being is our highest priority," school officials wrote in another statement released Thursday afternoon.