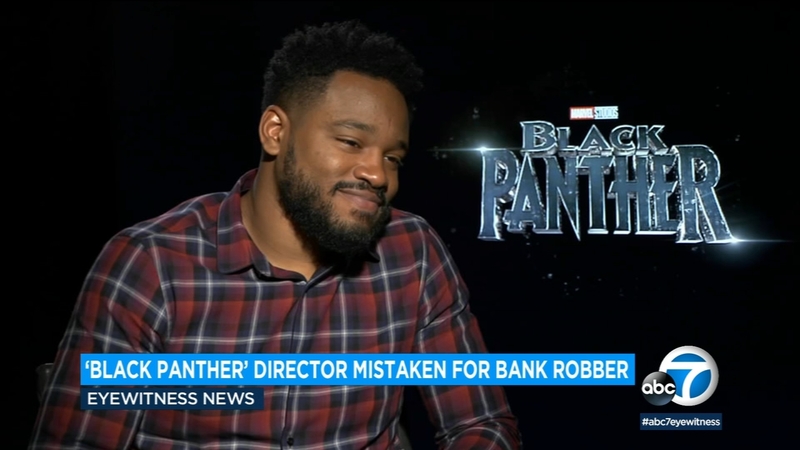 ATLANTA -- "Black Panther" director Ryan Coogler was handcuffed and detained after he was mistaken for a bank robber in Atlanta, according to police records.

The incident happened Jan. 7 at a Bank of America in Atlanta, where Coogler is filming the "Black Panther" sequel.

Coogler was attempting to withdraw $12,000 in cash and wrote a note on the back of his withdrawal slip asking the teller to "be discreet" when handing him the cash, according to the Atlanta Police Department report.

The teller, who also told police she received an alert notification from Coogler's account, notified her manager that she thought the bank was being robbed. Police were called.

Officers brought Coogler outside and handcuffed him while they investigated. Police later determined that the incident was a mistake by Bank of America and Coogler was released.

Bank of America issued a statement confirming the incident:

"We deeply regret that this incident occurred. It never should have happened and we have apologized to Mr. Coogler."

Through a spokesperson, Coogler issued a brief statement: "This situation should never have happened. However, Bank of America worked with me and addressed it to my satisfaction and we have moved on."

Marvel Studios is owned by the Walt Disney Co., the parent company of this station.