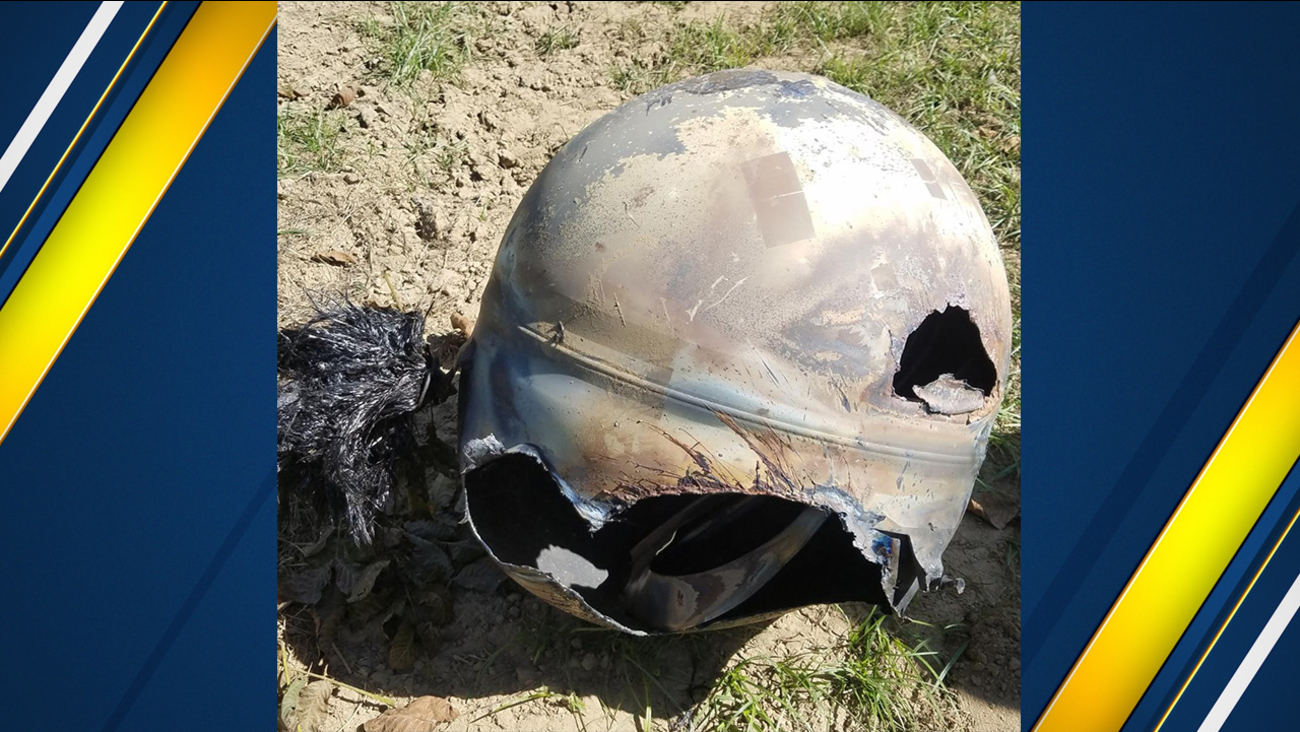 HANFORD, Calif. (KFSN) -- Some space satellite debris had quite a long fall before it was found in Hanford near 8th Avenue and Houston Avenue.

Detectives reached out to Vandenberg Air Force Base, home of the 30th Space Wing, and learned the object was likely to be a fuel tank from a communications satellite owned by Iridium.

The Iridium representative identified the tank as being a hydrazine fuel tank that was formerly attached to a communications satellite owned and operated by Iridium - a mobile satellite communications company.

He identified the tank as coming from Iridium Satellite #70. This particular satellite was launched into space sometime late 1997 or early 1998 and was in a low-earth orbit until it eventually entered earth's atmosphere.

The purpose of this particular tank was to store fuel used to change the orbit of the satellite in space.

According to the Iridium representative, this particular tank is the first piece recovered from an Iridium satellite re-entering earth's atmosphere and will be closely examined.