Sears chairman makes last-minute, $4.4B bid to save company 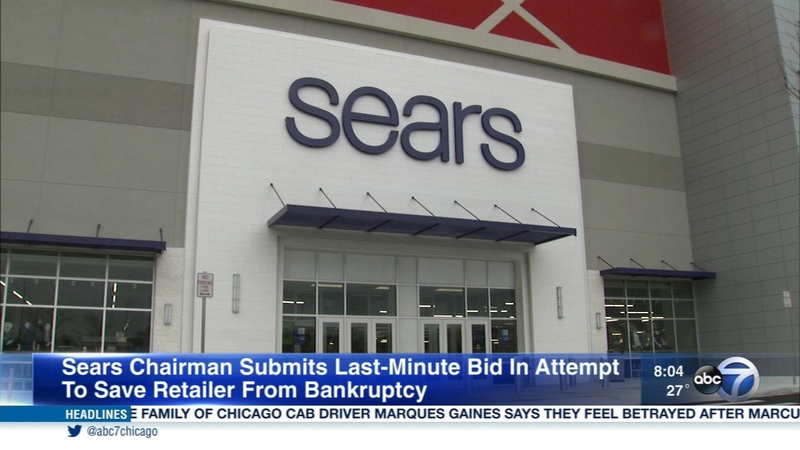 Last-minute effort to save Sears

Sears Chairman Eddie Lampert has put in a last-minute bid to save the company.

The retailer is fighting to keep their doors open. Lampert's $4.4 billion deal came just ahead of the company's self-imposed deadline Friday.

If the bid is approved, Lampert said he plans to keep 425 stores open and offer jobs to as many as 50,000 employees.

Despite this effort, experts said the retailer still faces an uphill battle. Even if the bid is accepted, at least 80 store closures are anticipated, including locations in Illinois, including one in Rockford and another near St. Louis.

Most of those stores will be closed by late March.

"What's happening at Sears is not a surprise. It's been a company that's been struggling for at least at decade, and they're kind of running out of options to help them save the business," said retail expert Neil Stern.

Since filing bankruptcy in October, Sears has announced plans to close more than one third of its stores.