The marching band recorded a virtual performance of their fight song in honor of its 50th anniversary.
KFSN 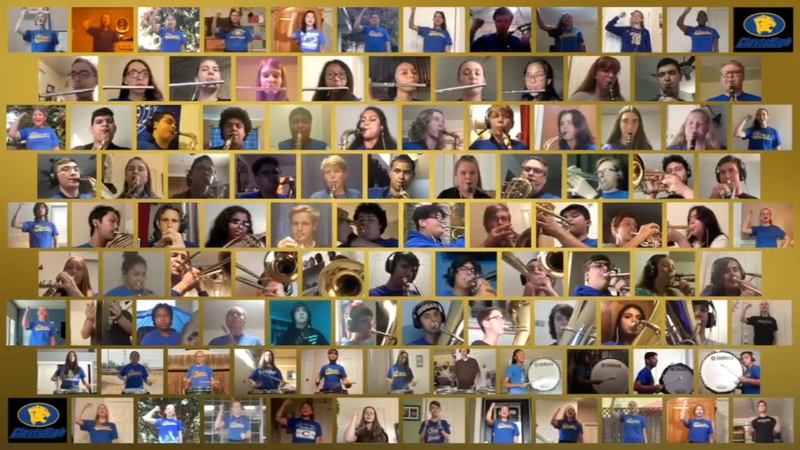 FRESNO, Calif. (KFSN) -- You won't be able to hear the Clovis High marching band play for fans gathered during Friday night football, but COVID-19 isn't stopping them from drumming up excitement for a special milestone.

The marching band recorded a virtual performance of their "fight song" in honor of its 50th anniversary and shared it on YouTube.

In the video, dozens of students with flutes, trumpets, drums, and even the color guard, performed the song while their drum major conducted.

Their "fight song" was written by former band director, Patrick Balakian, in 1970. He was the first director for the new campus high school that is now known as Clovis High.

Watch the Clovis High marching band's special performance in the video player above!

Travis Morris, a Fresno State band member, is electrifying people across the internet with his enthusiasm. (@tboogss)