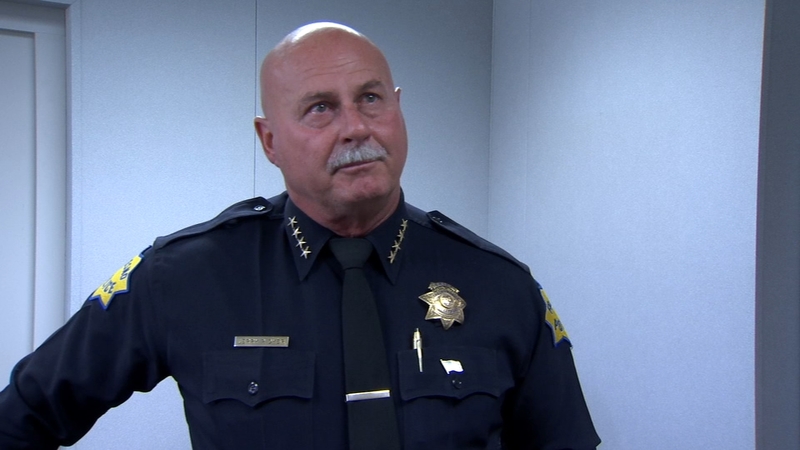 FRESNO, Calif. (KFSN) -- From the moment Jerry Dyer walked into his office for one final time, he fought back tears.

"40 years and five months in this department, 18 as the chief and it's surreal leaving," Dyer said.

The magnitude of the moment was also tough for the executive assistant who worked for Dyer for more than two decades. Eileen Guzman has been the schedule organizer, appointment maker, chef and confidant to the chief through the good and bad.

Eileen even packed up the Chief's office, since he kept putting it off. It was too hard.

Dyer has lost a lot of sleep and hair over the years. He's spent more time at work than home. He contemplated retiring on many occasions.

"I kept putting it off, and putting it off. For years. And occupying my time with other things. So, it really hasn't sunk in," he said.

Despite the workload and sacrifice, he counted his blessings every day for one thing.

"I'm proud to say today on my last day that we have not lost a police officer in the line of duty and you look around the country and a city of our diversity and the challenges we have and crime and the number of guns that are out there in the hands of criminals, that's an incredible accomplishment for a department," he said.

In the joint media center that Dyer funded through private donations, he popped in to one last staff meeting.

He made it through a few jokes before delivering a more heartfelt message.

"I love you guys and I want to say thank you for making me look good as the chief for the last 18 years. Because the reality is without the work that all of you guys do day in and day out," Dyer said. "And what the officers do on the street, nobody would be able to sit in this chair for as long as I was able to. I just wanted to say thank you."

His tight schedule was no different Tuesday, he dried his tears, put on a smile, and escorted the guest speaker to her chair at the Marjaree Mason Top Ten Professional Women Awards.

He says he's leaving on his terms. With no regrets.