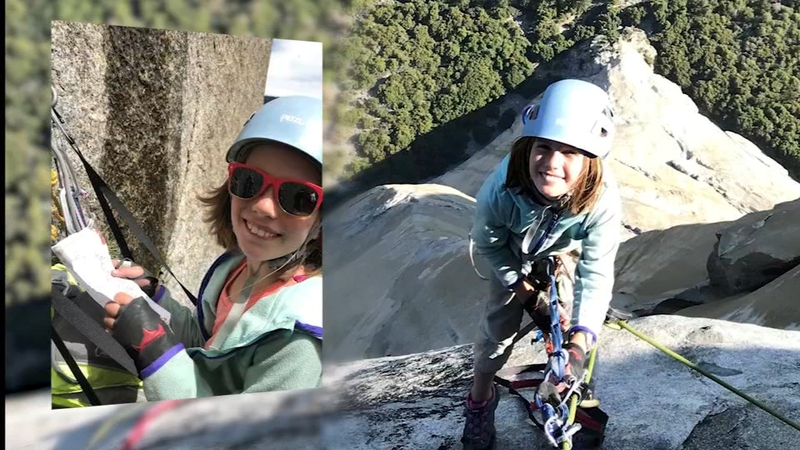 A 10-year-old girl will have quite the answer when classmates ask her what she did over the summer.

She is the youngest person in history to climb the 3,000 feet "Nose route" on Yosemite's El Capitan.

Schneiter just might be the best 10-year old rock climber in the world now.

Her dad Mike and his friend Mark were there pitch by pitch, every step of the way, helping to complete the record-setting push in just five days on June 12.

Climbing is in Selah's blood.

The Schneiter family lives in Colorado but Mike and his wife Joy fell in love 15 years ago while scaling El Cap.

Since then the family makes yearly trips to Yosemite.

Mike and his friend Mark called the experience of reaching the top of Yosemite's most famous wall with Selah an emotional one.

"It was just a huge undertaking and there was just a big emotional release for me at the end that we actually did it. And we got my best friend's daughter to the top of El Cap.that's amazing," he says.

So how do you celebrate an accomplishment like climbing to the top of El Cap?

"We went down to the pizza shack and got pizza," Selah says.