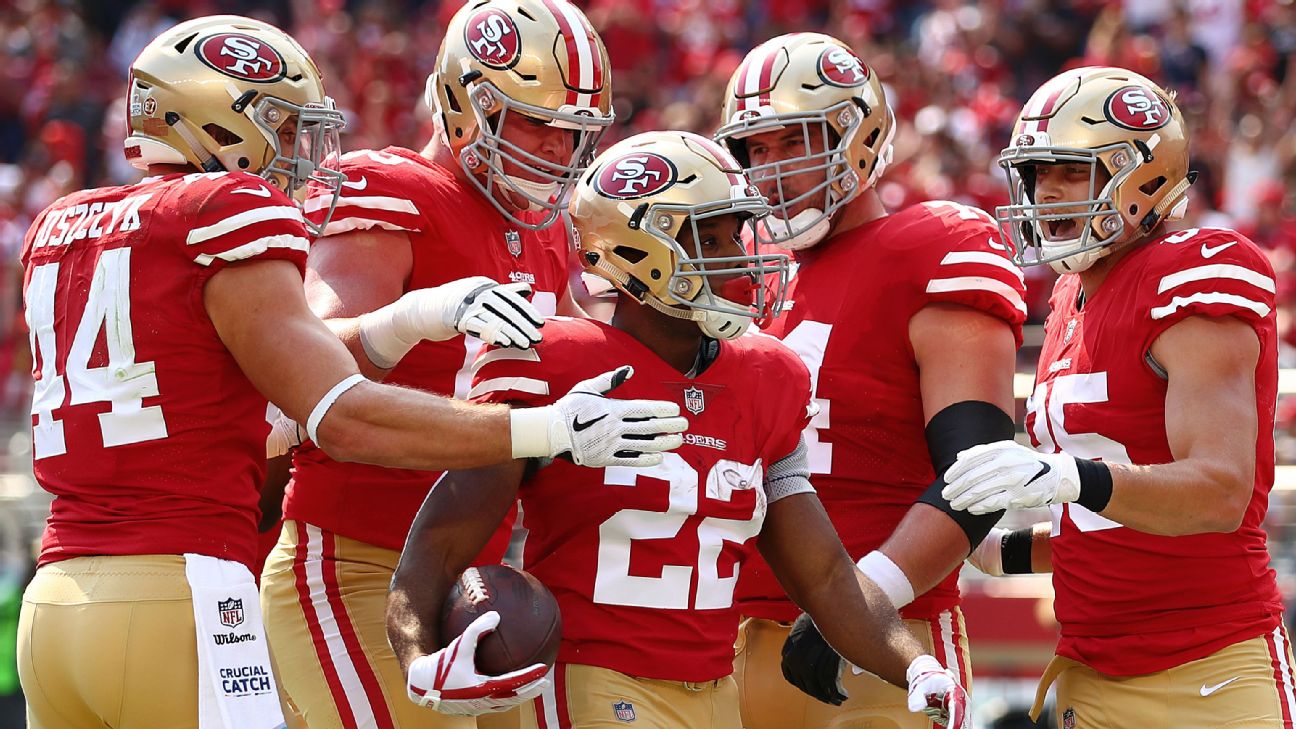 But Breida's left ankle sprain is still significant enough to possibly keep him out of next Monday night's game against the Green Bay Packers.

"It was positive news, it wasn't a high ankle sprain," Niners coach Kyle Shanahan said. "But it's still definitely a serious sprain. So he'll probably end up being doubtful this week."

Shanahan said Breida will not participate Thursday when the Niners begin their practice week before the Monday Night Football game in Green Bay.

Shanahan said the team worked out four running backs Monday, including former 49er Jeremy McNichols, and that practice-squad running back Jeff Wilson will garner consideration for a promotion to the active roster.

Any addition would serve as a backup to Alfred Morris and Raheem Mostert, the two backs who stepped in for Breida when he suffered the injury with 30 seconds left in the first quarter of Sunday's 28-18 loss to the Arizona Cardinals.

"We're trying to see how our guys are, how the health of Breida is," Shanahan said. "It was better news than anticipated but it's still not great news. So, we'll see that over the next couple of days. It was good to take a look at some guys today."

Breida, who left the locker room Sunday night wearing a walking boot, entered Week 5 ranked third in the NFL in rushing yards (313) and first in yards per carry (7.63). Before the injury, he was off to a strong start against the Cardinals, with eight carries for 56 yards, and caught a touchdown pass on the Niners' opening drive.

Shanahan acknowledged Monday that Breida's productive first four weeks had positioned him to continue getting the most work among the backs after sharing the load with Morris in the first couple of games.

Now, the Niners (1-4) will turn to Morris as the primary back, with Mostert next in line until Breida is able to return. For the season, Morris has 62 carries for 228 yards and a touchdown to go with six catches for 66 yards.