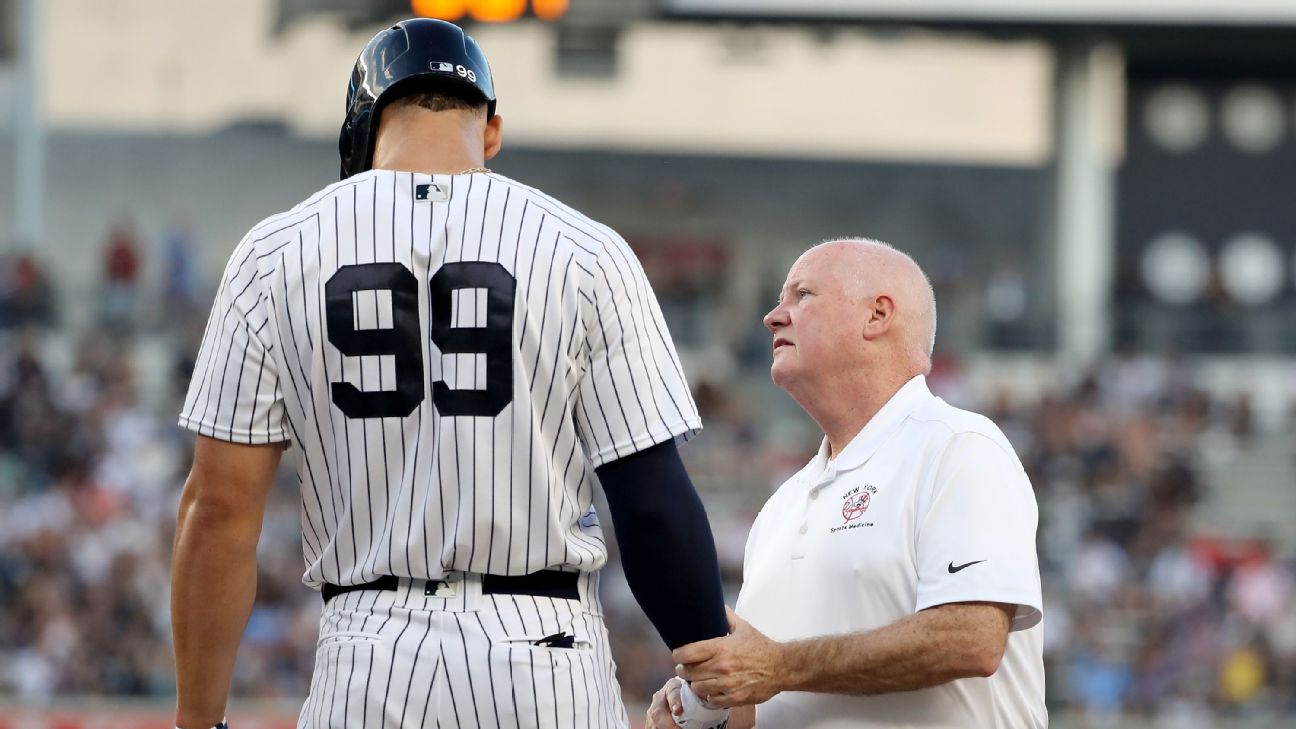 NEW YORK -- New York Yankees outfielder Aaron Judge headed to a nearby hospital for an MRI and CT scan on Thursday night after getting hit on his right wrist by a pitch in the first inning of a game against the Kansas City Royals.

The Yankees announced that he was being taken to New York Presbyterian Hospital following an examination at Yankee Stadium by team physician Dr. Christopher Ahmad.

Yankees manager Aaron Boone told reporters after New York's7-2 win that initial X-rays on the wrist "were a little unclear," and that the team sent Judge to the hospital.They expect to know more later.

Judge was struck by a full-count, 93 mph fastball in the first inning. After visibly wincing in pain and slamming down his elbow guard and other gear, Judge walked slowly up the first base line. When he reached first, trainer Steve Donahue came out to check on his right hand and wrist. He remained in the game at that point.

After scoring on a Giancarlo Stanton sacrifice fly later in the inning, Judge came back up to hit in the third, reaching on an infield single.

When his next plate appearance arrived an inning later, Judge was removed. Miguel Andujar pinch hit for him. Judge, who entered Thursday's game batting .283 with 26 home runs and 61 RBIs, served as the Yankees' designated hitter for the game.