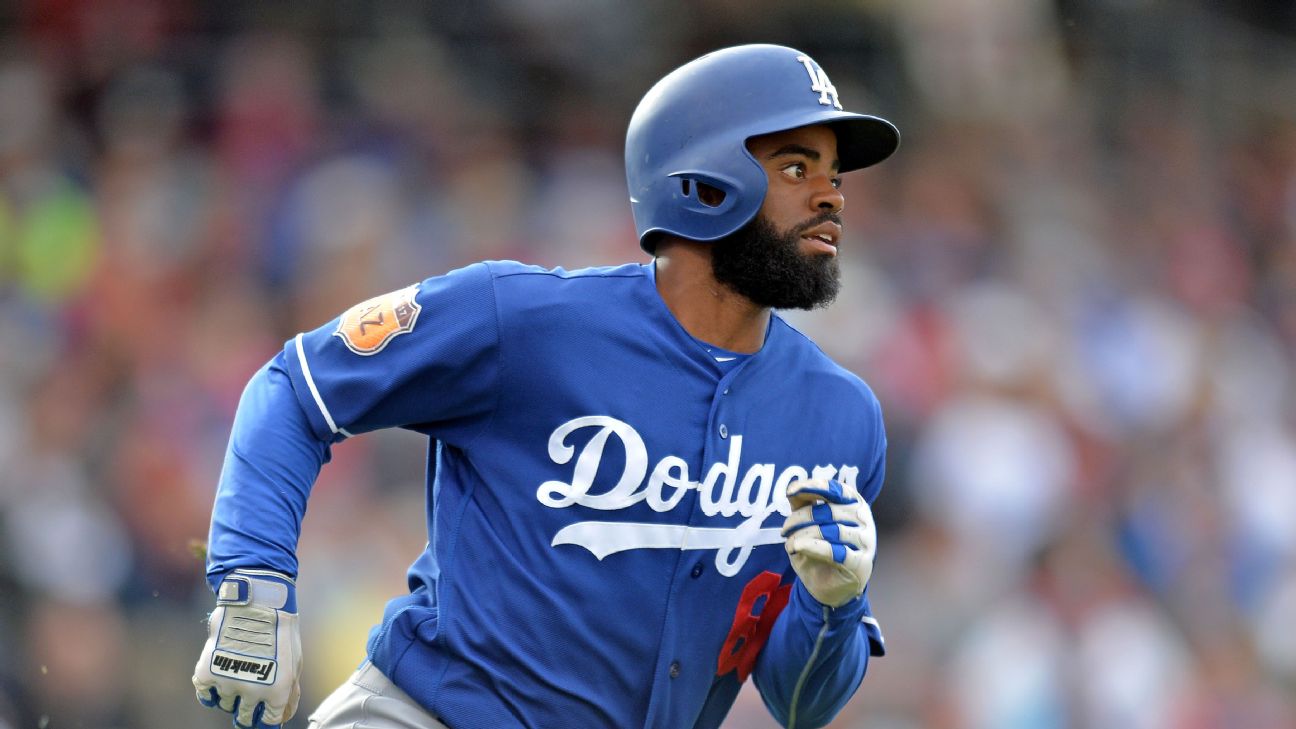 Manager Dave Roberts said there is no timeline for Toles' arrival. The mandatory reporting date is Saturday.

"We'll get Andrew here when things work out; he works through some personal things," Roberts said Monday. "He has our full support, certainly."

Toles has a challenge to make the major league roster, even after outfielders Yasiel Puig and Matt Kemp were traded to Cincinnati. Outfielders include A.J. Pollock, Cody Bellinger, Joc Pederson and Alex Verdugo are on the roster, and Chris Taylor andEnrique Hernandezcould compete for time,

The left-handed hitting Toles spent most of last year at Triple-A Oklahoma City, where he batted .306 with seven home runs and 39 RBIs in 71 games. He was the Dodgers' starting left fielder in the second half of 2016 and until May 9 the following year, when he tore the anterior cruciate ligament in his knee.

Pederson is aware of speculation he could be traded.

"I guess it's nice to know that there are some other teams out there that would want you," he said.
Report a correction or typo
Related topics:
sportsespndave robertsandrew toleslos angeles dodgerspersonal matter
Copyright © 2020 ESPN Internet Ventures. All rights reserved.
More Videos
From CNN Newsource affiliates
TOP STORIES