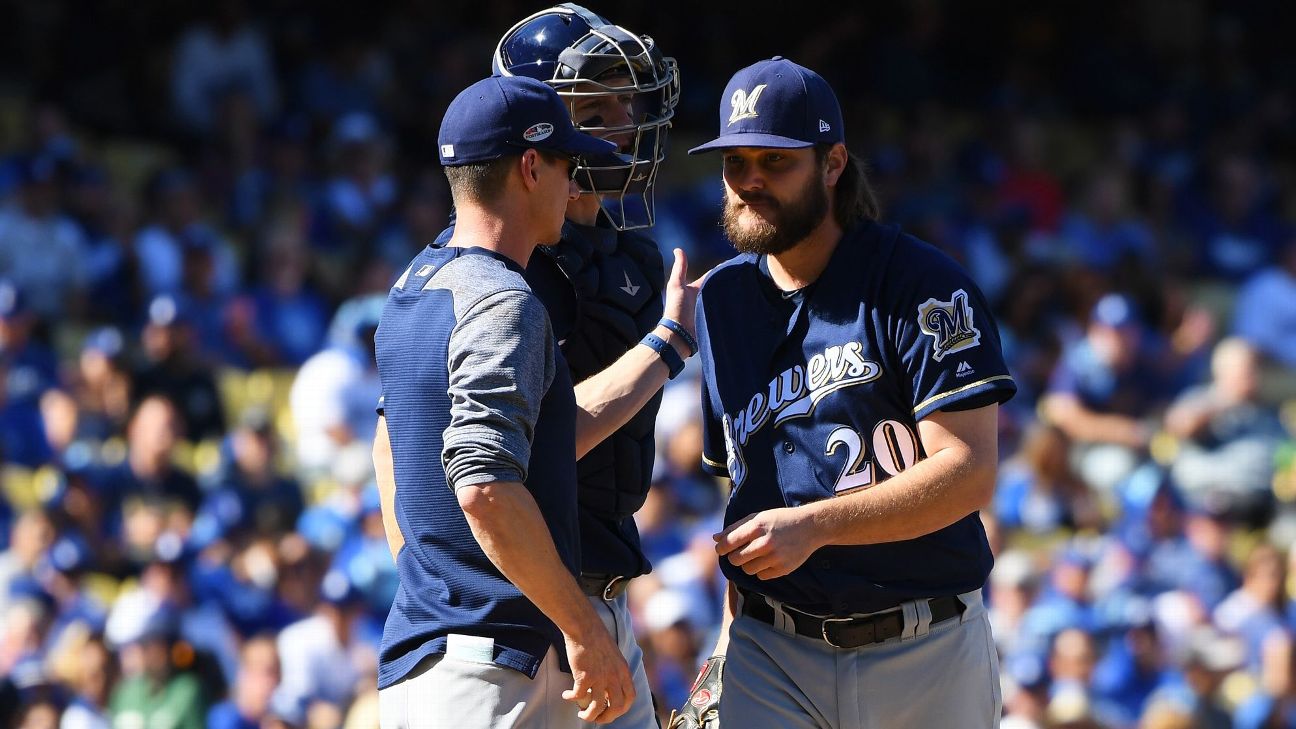 Counsell pulled starter Wade Miley after he walked Dodgers leadoff man Cody Bellinger on five pitches. Miley is a lefty, as is Bellinger, but most of Los Angeles' lineup was composed of right-handed hitters.

Right-hander Brandon Woodruff replaced Miley, and got out of the first inning unscathed. But he allowed three runs (two earned) total in 5 innings, taking the loss.

Miley will start Game 6 on Friday in Milwaukee, something Counsell said was his plan from the outset.

"If we went down 3-1, we were considering having Wade pitch this game," Counsell said. "But other than that, this is kinda what we decided we were gonna do."

Miley will now start what is an elimination game for the Brewers as they trail the best-of-seven series 3-2. He said he learned of Counsell's likely gambit a couple of days ago.

"It was a little bit different to try to get mentally prepared to go out and face one hitter," Miley said. "You go out and do the whole starting routine. In the end, just got to get outs."

Miley went through the routine day-before-a-start news conference that pitchers are obligated to conduct Tuesday, knowing he was likely getting just one batter. He did his best to stay more vague than dishonest.

"I didn't lie," Miley said. "I didn't lie about nothing. I just answered the questions to the best of my knowledge, and just left a few little details out."

The obvious question: Did Miley mind ostensibly being used as a decoy?

"It's not my job to question," Miley said. "Like I said, we're trying to get to the World Series, and this is the strategic side of it. It's a pretty good idea, the way they use their bench over there. I was in. Everybody bought in."

Asked why he simply didn't start Woodruff on Wednesday, Counsell said it was all about trying to put his team in the best position to win.

Dodgers manager Dave Roberts had two left-handed hitters in the lineup Wednesday, after going with an entirely right-handed lineup when Miley started Game 2.

"Obviously our lineup today was different than the other lineup when we faced Miley. So you gotta prepare for the unexpected," Roberts said. "So I like where we were at [after Miley was pulled]."

The move by Counsell was mildly surprising for a couple of reasons.

Miley threw 5 scoreless innings in Game 2, providing much-needed length for a team that leans heavily on its bullpen.

The Brewers' bullpen also threw 11 innings in a 5-hour, 2-1 13-inning loss to the Dodgers on Tuesday night. While that was just two innings shy of the postseason record, it did set the mark for the longest outing by a bullpen in a loss.

As it turns out, Milwaukee did get length from a pitcher, only it came from the bullpen.

"I knew I needed to eat up some innings," Woodruff said. "It is what is. I was just trying to get deep into the game.

Miley is the second pitcher in postseason history to start a game and face only one batter. The other was Johnny Cueto, who while with the Cincinnati Reds struck out the only batter he faced in Game 1 of the 2012 NL Division Series before leaving with back spasms. Miley pointed out that he has made back-to-back starts before, though there was an All-Star break between the outings.

"A little bit of a break there," Miley said.

The Game 5 cameo was unusual, but Miley is looking forward to a lengthier outing in an attempt to keep the Brewers' championship hopes alive Friday.

"Looking forward to it," Miley said. "Just to have that opportunity to go home and have a game. Will be probably the biggest game of my career, so I'm looking forward to going out there and get the chance." 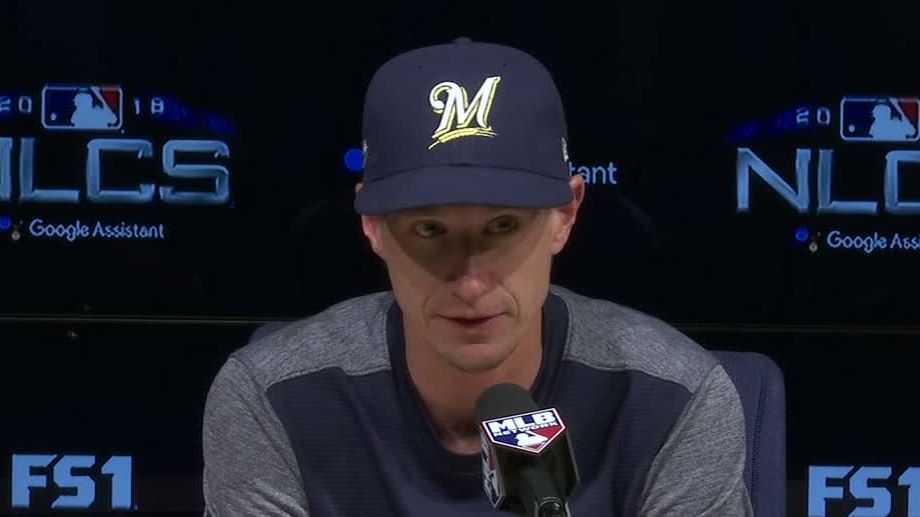