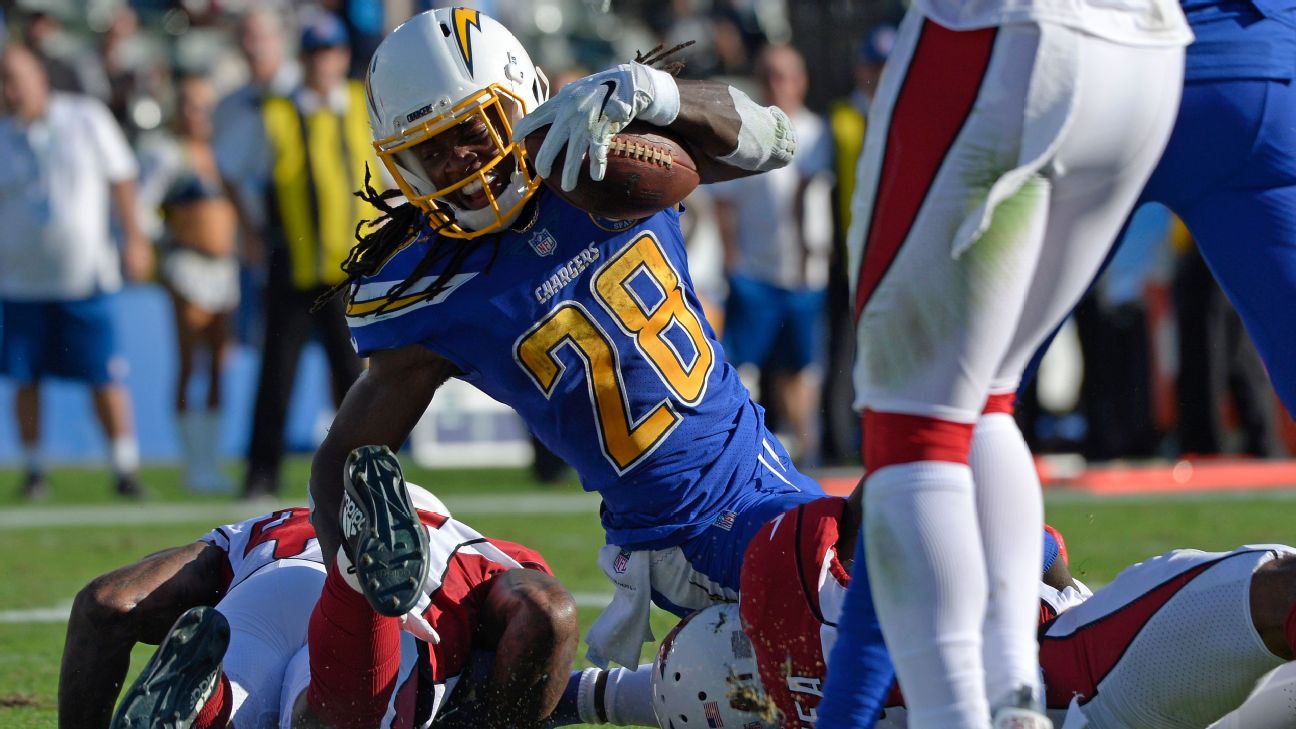 An MRI confirmed thatLos Angeles Chargers running back Melvin Gordon has a sprained MCL in his right knee, the team announced Monday.

His status will be evaluated week-to-week, the Chargers said, putting his availability for his team's tough road game against the Pittsburgh Steelers this Sunday in doubt.

Gordon suffered the knee injury on a reverse early in the second half of Sunday's 45-10 victory over the Arizona Cardinals. Hewas leg-whipped to the ground by defensive tackle Robert Nkemdiche for a 10-yard loss.

Gordon left the field on his own. He was checked out by medical staff on the sideline and later went to the locker room for further evaluation.

Gordon was questionable going into the game due to knee and hamstring issues. He suffered the MCL injury with his team in control of the game, leading 28-10.

The fourth-year player has 802 rushing yards on 153 carries, for an average of 5.2 yards per carry. He also has 44 catches for 453 receiving yards and 13 total touchdowns on the season in 10 games played.

If Gordon doesn't heal in time for the Pittsburgh game, the Chargers (8-3) will turn to a running-back-by-committee approach with Austin Ekeler as the starter and rookies Justin Jackson and Detrez Newsome serving as the backups.