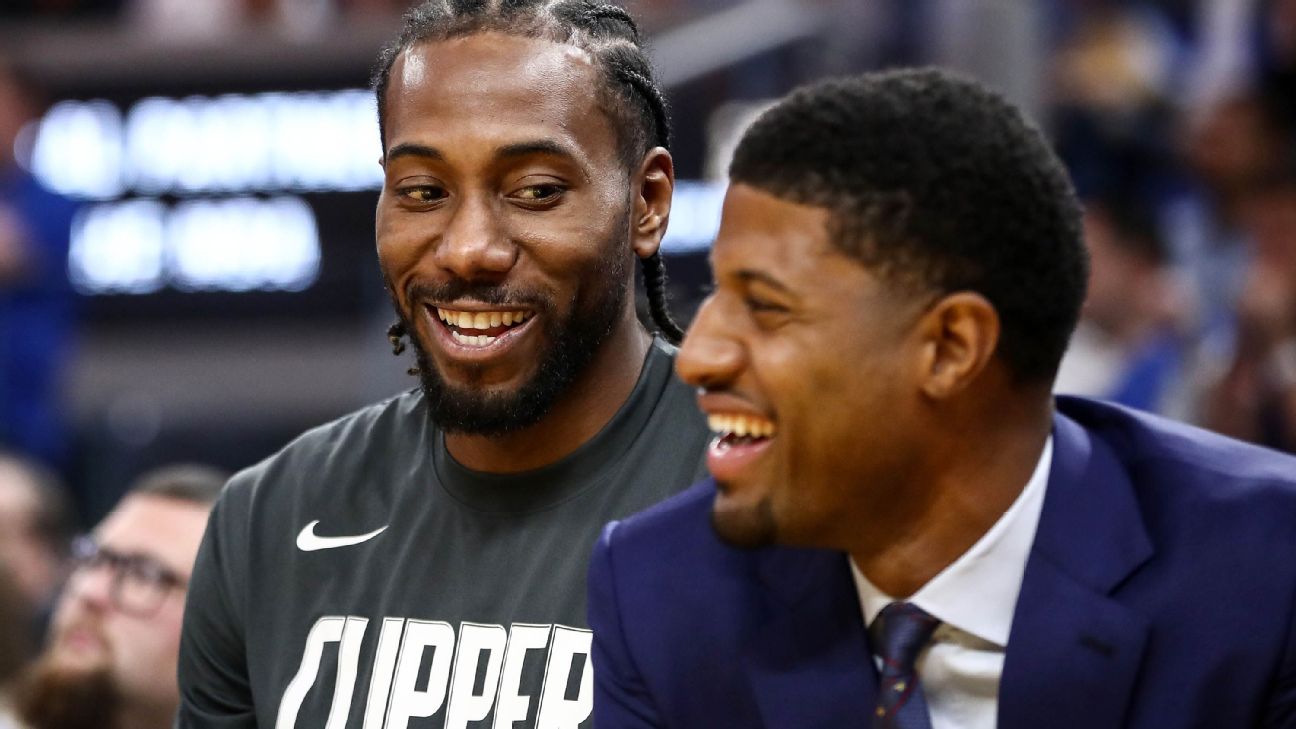 Entering their first playoff series together for the LA Clippers, Paul George said he and Kawhi Leonard visited each other during the season hiatus to continue to develop their chemistry.


"I think we made up a lot of time. While not being together, I think we made all that back up during this hiatus. It kind of expedited this process being here."

The second-seeded Clippers open their postseason against the seventh-seeded Dallas Mavericks on Monday. Last summer, the Clippers traded for George and signed Leonard in free agency with one goal in mind.

"I mean, we want to win the championship," George said. "That's the reason we committed to be here. It's as simple as that. We should have one goal and we have one goal, and that's to win it.

"But I think also we looking at this thing from a long-term perspective, as well, that if it doesn't happen, this is only going to build us even further going down the stretch, going into next season. But first things first. We are here to compete for that championship, and nothing else matters but to win it."

The Clippers have had their full roster available in only 11 games this season. Injuries, a lack of practice time and new additions to the team in February disrupted their chemistry. Then came the four-month league suspension because of the coronavirus pandemic. And during the restart in the NBA bubble, Clippers coach Doc Rivers did not have his full roster available due to late arrivals, injuries and players leaving the bubble for family emergencies. Montrezl Harrell, Lou Williams and Patrick Beverley all left the NBA campus for excused absences.


Beverley then suffered a left calf strain and Landry Shamet sprained his left foot. Harrell missed all of the seeding games and returned last Sunday. He is expected to clear his seven-day quarantine on Monday and be eligible to play in Game 1 against the Mavericks.

One positive for the Clippers, though, has been that Leonard and George have been able to gain valuable on- and off-the-court time together in Florida and even during the hiatus. They decided to team up last summer and now enter the playoffs as the second seed in the West.

"It's a great accomplishment," Leonard said of making the playoffs. "For me and Paul and the rest of the guys that were here, them being the eighth seed last year, us coming into a new system, able to play that well together our first year under all these circumstances. ... We're still in the journey. We just got to keep enjoying each day and the process."

Rivers says the Clippers are close to gaining their full rhythm in the bubble. They were on a roll before the season came to a halt in March, winning seven out of eight games. George and Leonard wanted to make sure they didn't lose a lot of the connection that was being built before the pandemic hit.

"We spent a lot of time out of the bubble," George said of before the Clippers arrived in Florida for the restart. "I visited him, he visited me. We spent time in the bubble. For us, it's just more and more being together, learning each other, figuring each other out. The more we're together, the more and the better the chemistry gets.

"For us, guys like the ball in different places, they like to play a certain way. It's just getting an understanding of where he likes the ball in his space and surrounding him. Vice versa. That's all it really comes down to." 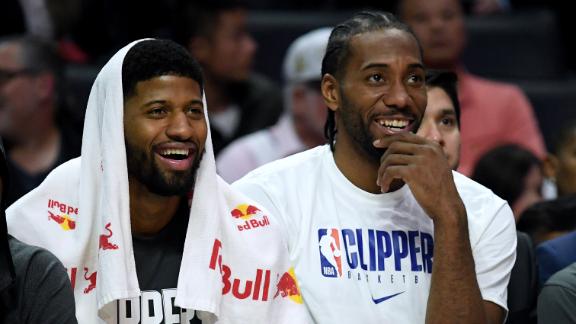