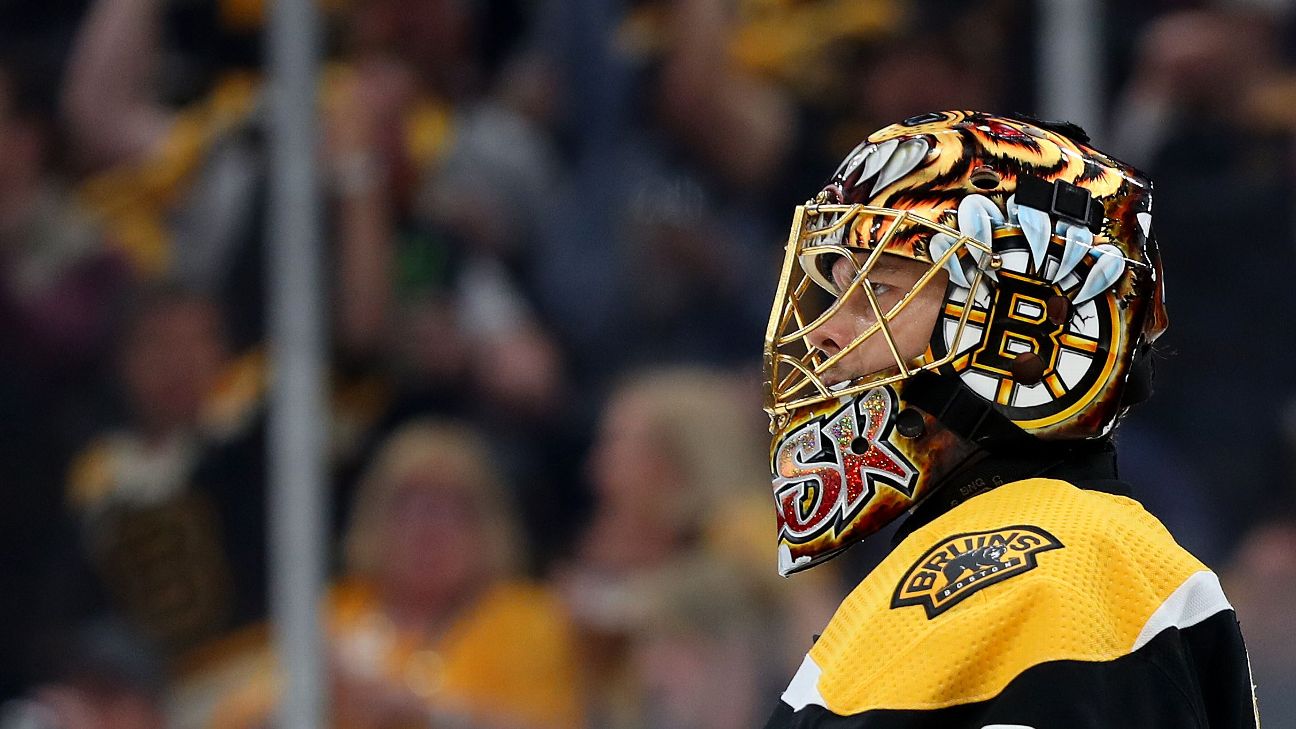 The Boston Bruins, Carolina Hurricanes, San Jose Sharks and St. Louis Blues are the final four teams alive in the 2019 Stanley Cup playoffs. Each one of them has had clutch performances from clutch players en route to the conference championship round.

Here's where the Conn Smythe candidates in the Stanley Cup playoffs rank:

"Pasta" has six goals and five assists in 13 games for the Bruins, including a critical two-goal performance in their Game 5 win over the Columbus Blue Jackets.

While he had his share of defensive lapses, Burns has 14 points in 14 games, with five goals and nine assists.

The renowned defensive defenseman is third, behind Burns andErik Karlsson,in playoff scoring among defensemen with 11 points, all of them assists. He's also skating a team high 26:36 per game.

When he's not giving pithy answers in some misbegotten media protest, Marchand has been busy tallying five goals and eight assists for the Bruins. His 13 points make him the Bruins' leading scorer.

Schwartz has eight goals in the playoffs, and many of them have been enormous. He had the winning goal in Game 5 and a hat trick in Game 6 to eliminate the Jets. He had a goal and an assist in the Blues' Game 6 win at Dallas as well.

The tenacious center is tied with three players for the NHL lead in postseason points with 14, and he has matched Tomas Hertl's nine-goal total as well. Couture's Game 3 hat trick on the road in Denver was a key moment of the second round. He also scored a goal in each of the Sharks' three wins to rally in the Vegas series, including two in their Game 7 win.

Teravainen leads the Hurricanes with six goals. That includes the winner in their Game 4 victory over the Washington Capitals and a critical tally in Game 7. He followed that with three goals and an assist in the last two games of the Islanders series. The man they call "Turbo" leads the Canes with a 64.83 percent expected goals percentage. He starts just 46.15 percent of his shifts in the offensive zone.

The rookie netminder has a .915 save percentage and a 2.39 goals-against average. His 5.58 goals saved above average is second in the playoffs. If coffee is for closers, get this man a venti: Binnington stopped 51 of 53 shots in the last two games of the series as the Blues rallied to eliminate Dallas. And as you can see, he's not nervous.

Jordan Binnington has more ice in his veins than the Night King. This is @binnnasty's>pic.twitter.com/ZerzOHUjvE - Goalie Gear Nerd (@GoalieGearNerd) May 9, 2019

Hertl has nine goals, along with five assists, and is tied for the NHL playoff lead with 14 points. Eight of those goals were scored in the Sharks' eight home games, including both Game 7s they won. The other goal came in double overtime in the Sharks' Game 6 win at the Vegas Golden Knights. If there has been a big goal for the Sharks this postseason, Hertl probably scored it.