Dave Roberts explains pulling Rich Hill, says he 'left everything out there' 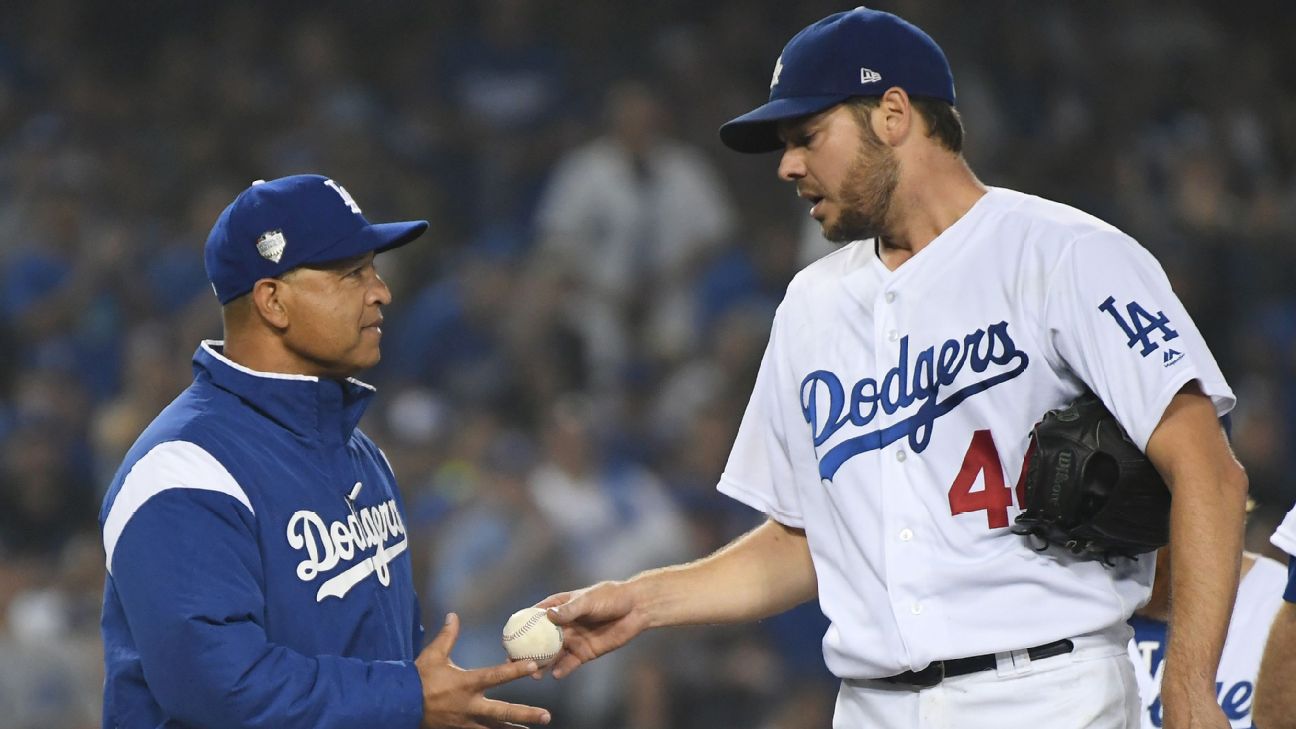 LOS ANGELES -- The Dodgers saw a four-run lead turn into a five-run deficit in the final three innings of Game 4 of the World Series on Saturday night, leading to a 9-6 loss and an overwhelming 3-1 series deficit to the Boston Red Sox.

The sudden collapse was ignited by the questionable decision to remove starting pitcher Rich Hill, who had given up one hit through the first six innings. That decision stemmed from a preliminary conversation during which Hill expressed concern that he might not be able to hold up much longer, according to Dodgers manager Dave Roberts.

The Dodgers scored four runs in the bottom of the sixth, prompting a long half-inning. In the meantime, Roberts said Hill told him: "Keep an eye on me. I'm going to give it everything I have. Let's go hitter to hitter, and just keep an eye on me."

"I know Rich did everything he could," Roberts said. "He competed, left everything out there."

Hill began the top of the seventh with a 4-0 lead and had thrown 82 pitches to that point. He walked leadoff batterXander Bogaertson six pitches then came back to strike out Eduardo Nunez on three. At that point, Roberts went to his bullpen.

His initial hope was to use Scott Alexander (left off the active roster for the NLCS) and Ryan Madson (who allowed all five of his inherited runners to score in the first three games) to finish the seventh then turn to Kenley Jansen, who would attempt to record six outs in back-to-back days for the first time in his career.

The plan did not turn out well.

Roberts said he noticed that Hill "started losing a little bit" off his stuff during the Bogaerts walk. After Nunez came the left-handed-hitting Brock Holt, which prompted Roberts to want to match up with Alexander, a left-handed reliever. But Roberts made it seem as if he would not have gone to his bullpen if Hill hadn't previously told him to keep a close eye on him.

"I've never heard it," Roberts said when asked how rare it was to hear Hill tell him something like that. "You're talking about a World Series game where there's no margin up to that point, and there's a lot of emotions, intensity, effort, focus, and he did everything. He did everything to put us in a position to win a baseball game. And, again, we've got to do a better job of picking him up."

Alexander walked Holt. Two batters later, Madson served up a three-run homer to pinch hitter Mitch Moreland. Jansen checked into the eighth inning looking to protect a one-run lead but gave up a tying homer to Steve Pearce -- one night after giving up a tying homer to Jackie Bradley Jr.-- with one out. In the ninth, the Red Sox tacked on five runs against the combination of Floro, Wood and Maeda to run away with the game.

The circumstance even prompted a tweet from President Donald Trump.

"The president said that?" Roberts said when told about the tweet. "I'm happy he was tuning in and watching the game. I don't know how many Dodger games he's watched. I don't think he is privy to the conversation. That's one man's opinion."

Pedro Baez, who pitched two innings during the record-setting 18-inning game Friday, and Julio Urias, who, like Baez, had appeared in every game this series, were both unavailable, Roberts said.

Hill confirmed his conversation with Roberts about keeping a close eye on him in the seventh inning. Hill did his formal interview in the clubhouse while Roberts explained his bullpen usage in the interview room and was asked if he was disappointed to not stay in the game a little bit longer.

"Everybody wants that chance," Hill said. "But the moves that we've made all year have worked out. We wouldn't have been in this position if we weren't doing that. Unfortunately it didn't fall in our favor tonight." 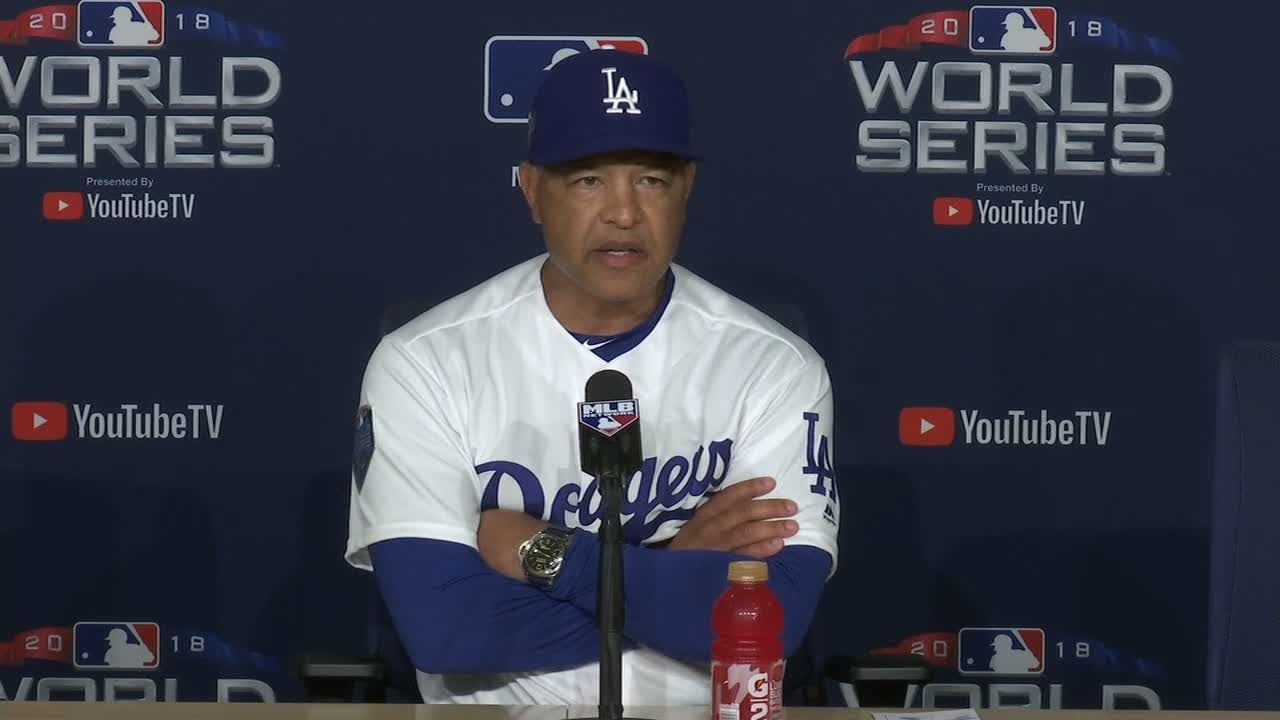 Roberts: 'I had a conversation' with Hill before pulling him
Dave Roberts explains his decision to remove Rich Hill in the seventh inning and looks ahead to the Dodgers' tall task for the rest of the World Series.