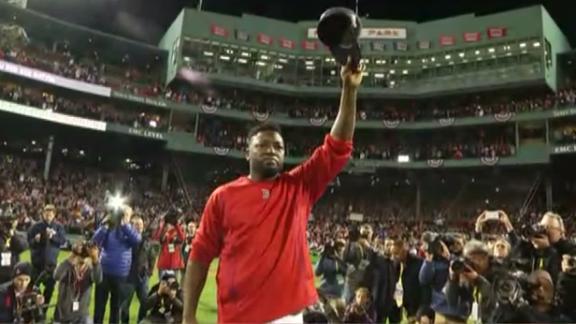 BOSTON -- After the final out and the last long walk back to the clubhouse, after the speech from his manager and his parting words for his teammates, David Ortiz had only one thing left to do.

He had to salute the fans.

And make no mistake, they were waiting for him. After the Boston Red Sox were swept out of their best-of-five American League Division Series with a 4-3 loss to the Cleveland Indians on Monday night, while the victors partied on the field in front of the largest Fenway Park crowd since at least 1945, the fans stood and chanted.

It went on for nearly 15 minutes. Finally, members of the Red Sox's media relations staff approached Ortiz and told him about the scene outside, and Big Papi had to see it for himself. He needed closure.

"I definitely always want to show love to the fans," Ortiz said. "I started thinking, I have my moment once I walk onto the mound, start looking around. And that moment, that hits you. You know you're never going to be able to be performing in the baseball world in front of all this. No disrespect to anyone, but I think we have the best fans worldwide. It's something that, it kind of hit me a little bit -- I'm not going to lie to you."

And that's when the tears came. Ortiz always knew it would end. He just never figured it would be like this.

After 93 wins and an AL East title, the Red Sox had designs on making one more long playoff run for Ortiz, their iconic slugger who had one of the greatest farewell seasons of all time. He led the majors in doubles (48), extra-base hits (87), slugging (.620) and OPS (1.021), tied for the league lead in RBIs (127), and belted 38 home runs, most ever by a player in his final season.

But Ortiz went only 1-for-9 with a double in the three-game ALDS. Like the rest of the highest-scoring offense in the majors, he was neutralized by Indians pitching. The Red Sox led in the first inning of Game 1, then never again in the series' ensuing 26 innings.

Ortiz's final plate appearance, with a runner on base in the eighth inning, resulted in an anticlimactic four-pitch walk by Indians closer Cody Allen. Two batters later, after Hanley Ramirez singled in Mookie Betts to draw the Red Sox within one run, manager John Farrell called on Marco Hernandez to pinch run for Ortiz, who gave his young teammate an emotional pat on the helmet and trotted off the field.

With Ortiz standing on the top step of the dugout, clapping and screaming and going out of his mind, the Red Sox's rally fizzled. They put two runners on base with two out in the ninth inning, too, but Travis Shaw flied out to right field to end it -- the series, the season and Ortiz's career.

Fenway fell eerily silent. The Red Sox's clubhouse was equally funereal. But when Ortiz reappeared on the field, it was one last chance for the fans and Ortiz to say a mutual farewell.

"What made me happy and proud about walking home the way I am right now is that as long as I play in front of these fans, I never take anything for granted," Ortiz said. "I give everything I have, do something special while I play. And the fans respect that. The fans love that. The fans, they live through it. And that's all that matters to me. 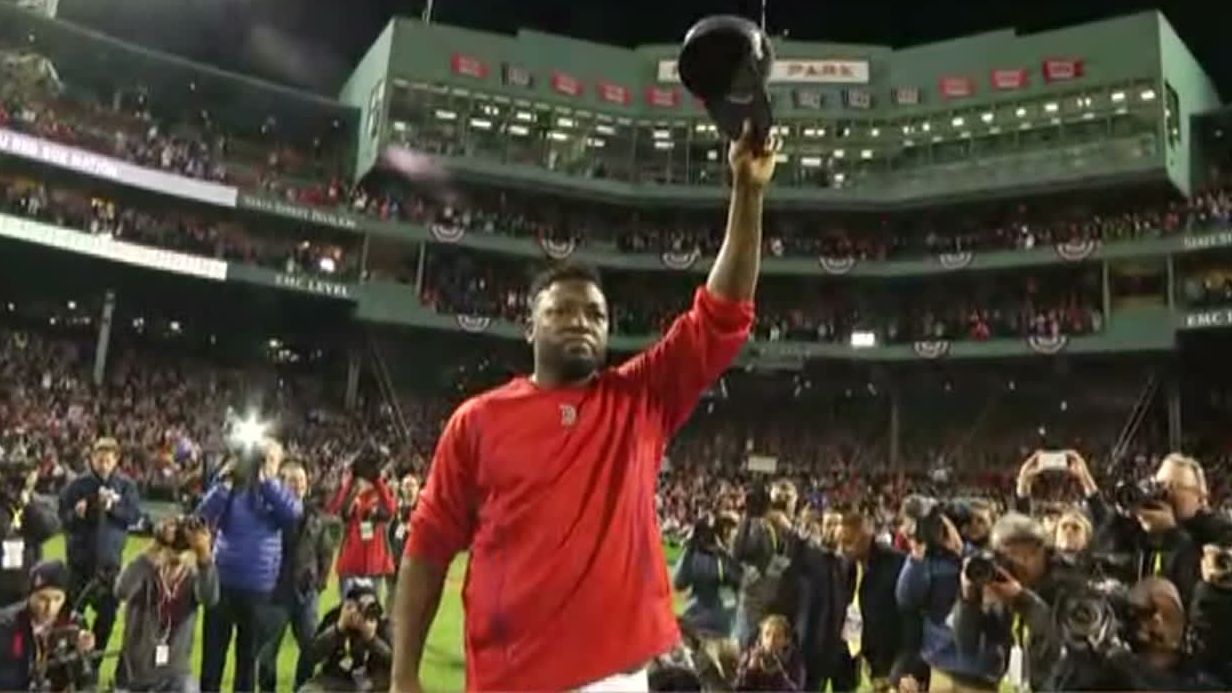