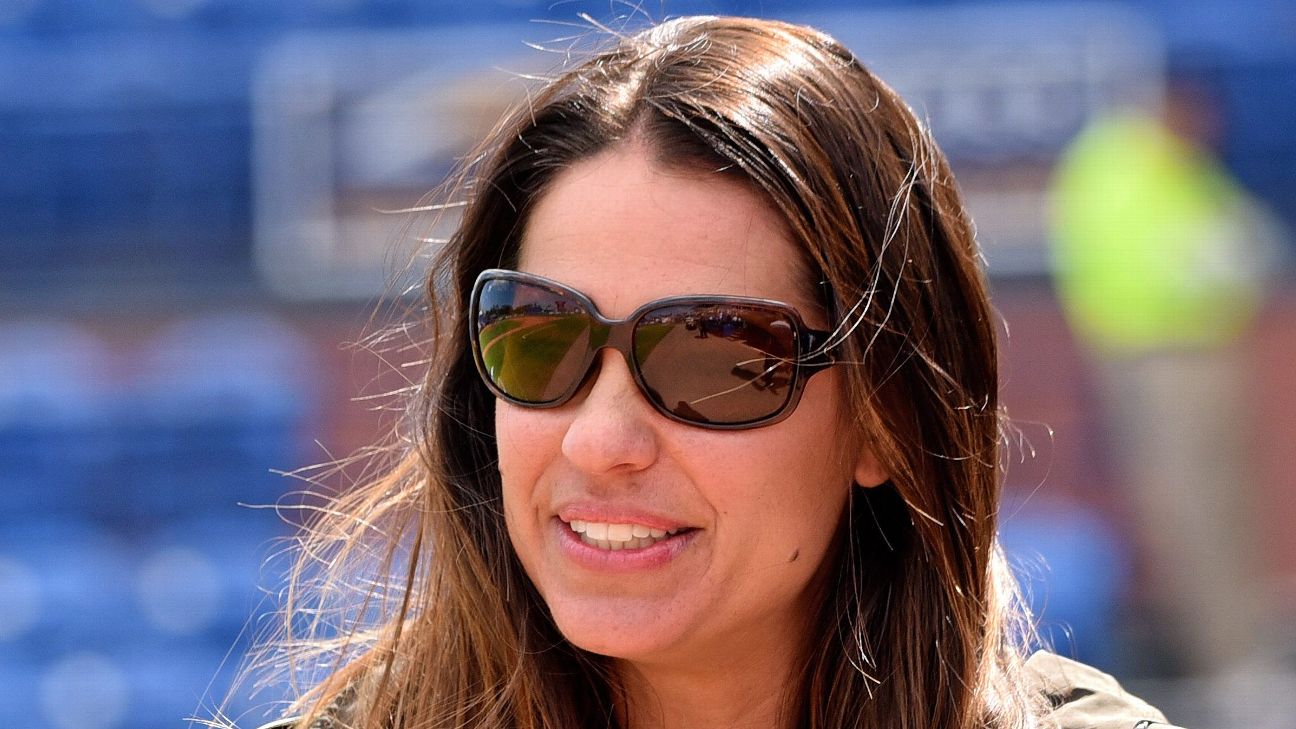 ESPN analyst Jessica Mendoza says pitcher Mike Fiers should have gone to Major League Baseball before he told a journalist about his allegation that the Houston Astros had been using a camera to steal signs.

Mendoza, a New York Mets adviser in addition to her media job, said Thursday on ESPN's Golic and Wingo that Fiers should have kept the information confined to teammates and the league. The right-hander spent 2 seasons with the Astros, including their 2017 championship season. He signed with Detroit in 2018 and was traded to Oakland -- Houston's American League West rival -- later that season.

"Going public, yeah. I get it, if you're with the Oakland A's and you're on another team, heck yeah you better be telling your teammates, 'Heads up, if you hear some noises while you're pitching, like, this is what's going on.' For sure. But to go public, yeah, it didn't sit well with me," Mendoza said on the broadcast. "Honestly, it made me sad for the sport that that's how this all got found out.

"This wasn't something MLB naturally investigated or that even other teams complained about because they naturally heard about it and investigations happened," she added. "But it came from within. It was a player that was a part of it, that benefited from it during the regular season when he was a part of that team. That, when I first heard about it, it hits you like any teammate would. It's something that you don't do. I totally get telling your future teammates, helping them win, letting people know, but to go public with it and call them out and start all of this, it's hard to swallow."

Mendoza tried to clarify her remarks in a statement posted to Twitter later Thursday, saying baseball will benefit from the sign-stealing being uncovered and that appropriate action was taken.

"The point I should have been much more clear on was this: I believe it's very critical that this news was made public; I simply disagree with the manner in which that was done," Mendoza said in the statement. "I credit Mike Fiers for stepping forward, yet I feel that going directly through your team and/or MLB first could have been a better way to surface the information. Reasonable minds can disagree."

Mendoza has been an ESPN analyst since 2015 and part of the Sunday Night Baseball booth since 2016. She has been an adviser to the Mets and general manger Brodie Van Wagenen since last March.

"Jessica was speaking as an ESPN analyst, not as a spokesperson for the Mets when she made her comments," Van Wagenen said during a conference call. He added that he had not yet had a chance to speak with her.

When asked last year about whether her dual roles would cause friction, Mendoza said during a conference call that she considers herself an analyst first.

"I hope they hired me because of my honesty and criticism, not just the good things," she said. "On the air I would be the same even if I was in front of them."

Mendoza's comments about Fiers were less critical than remarks by others. Former Astros manager Phil Garner said on a Houston radio show that Fiers was considered "a rat" for his role.