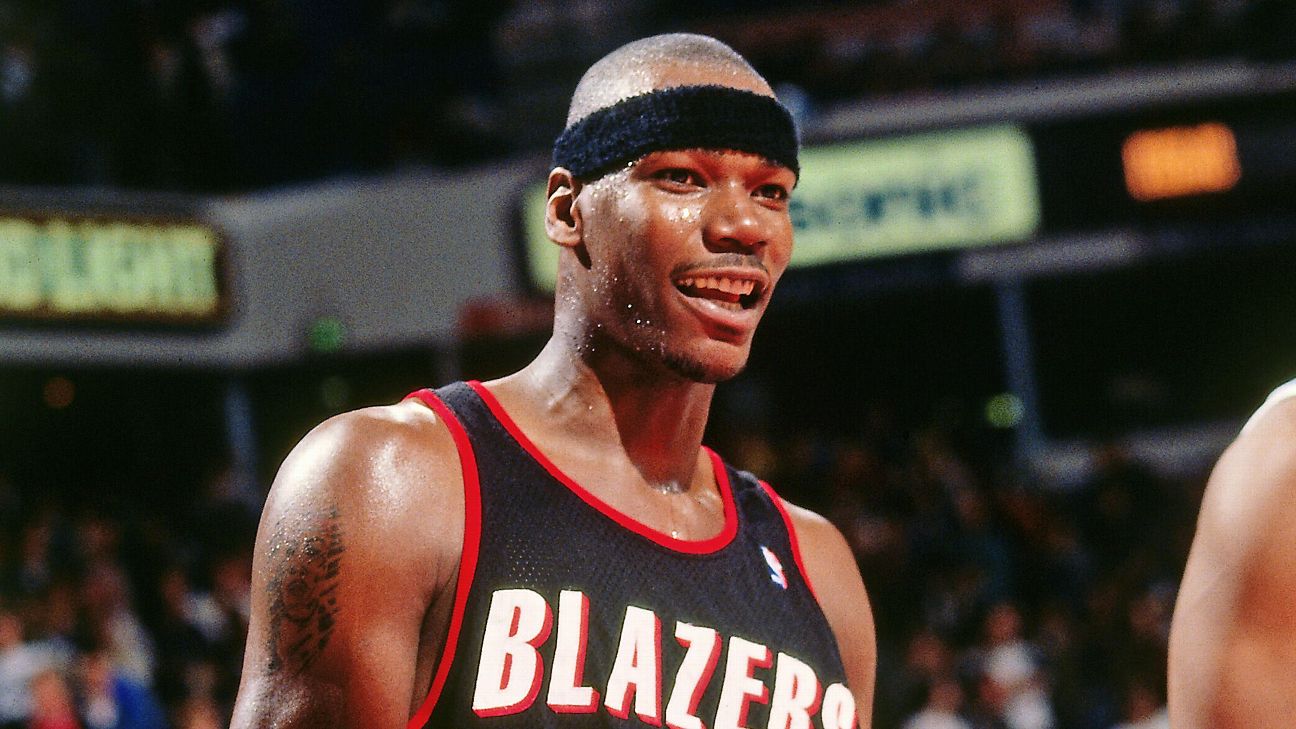 Clifford Robinson, an early star in UConn's rise to power who helped lead thePortland Trail Blazersto two NBA Finals, has died at the age of 53, the teams confirmed Saturday.

No cause of death was given, although formerHuskiescoach Jim Calhoun said Robinson had a stroke 2 years ago and went into a coma last week.


"It's really sad to hear of this, because he was one of my kids, my players, a guy I watched grow into a man," Calhoun told The Associated Press. "It's not an easy thing."

Nicknamed "Uncle Cliffy" and known for his trademark headband, Robinson spent 18 seasons in the NBA, winning the 1993 Sixth Man of the Year award and earning an All-Star nod.

At 6-foot-11, he had the size of a center but was a skilled outside shooter, a predecessor of the modern NBA big man.

"The Trail Blazers organization is deeply saddened by the passing of Trail Blazers great Cliff Robinson," the team said in a statement. "... His personality and energy were unmatched, and his contributions on the court were unmistakable, helping the Trail Blazers into the playoffs each of his eight seasons with the team. ... We extend our heartfelt condolences to Cliff's family and loved ones. Uncle Cliffy will be greatly missed by the Trail Blazers and all of Rip City."


Robinson also played for thePhoenix Suns, Detroit Pistons, Golden State Warriors and New JerseyNets. He made the 1994 NBA All-Star Game and was named to two NBA All-Defensive second teams while averaging 14.6 points and 4.6 rebounds in 1,380 career games -- the 13th-most in NBA history.

"Clifford was the consummate professional who loved the game and played with an incredible sense of both joy and intensity during his outstanding 18-year career,'' the Warriors said in a statement.

Miami Heat coach Erik Spoelstra, who grew up in the Portland area and went to college at the University of Portland, was still trying to process the news of Robinson's passing after Saturday's practice.

"I can't believe it," Spoelstra said. "It's shocking to me because I was in college and just right after college, so I'm not that much younger than the players on the Portland Trail Blazer team. And if you just look at that team, there's four players that are not with us anymore. Starting with Drazen Petrovic, [Jerome] Kersey, [Kevin] Duckworth, and now Cliff Robinson. I'm shocked, I'm stunned, all you can do is send your prayers and condolences to the Robinson family."

A moment of silence was held for Robinson, as well as Arizona coach Lute Olson and actor Chadwick Boseman, before the start of the NBA playoff game between Milwaukee Bucks and Orlando Magic.


Robinson, a native of Buffalo, New York, was the centerpiece of Calhoun's early teams at UConn from 1985-89, helping guide the Huskies from the bottom of the Big East to the 1988 NIT championship.

"He averaged five points as a freshman and I remember I told him, 'You have two choices: I can kick you out if you keep doing what you do, or I'm going to watch you play a lot of years in the NBA,'" Calhoun told The Associated Press. "He chose the latter, which was good."

UConn added Robinson's No. 00 on the wall at Gampel Pavilion as an original member of the Huskies of Honor.

"He was our first great player," Calhoun said. "He gave legitimacy to the program. As a player coming in, here's this guy playing on TV for the Trail Blazers, watching him play, watching UConn being mentioned. You could not pay for the exposure that he gave us." 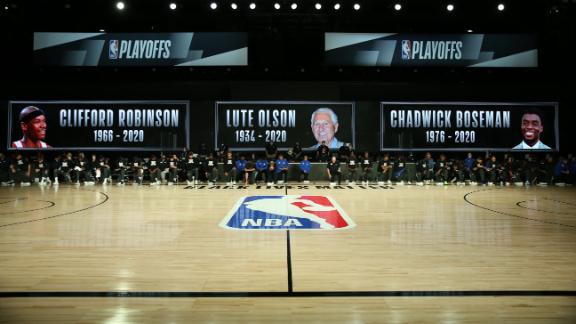