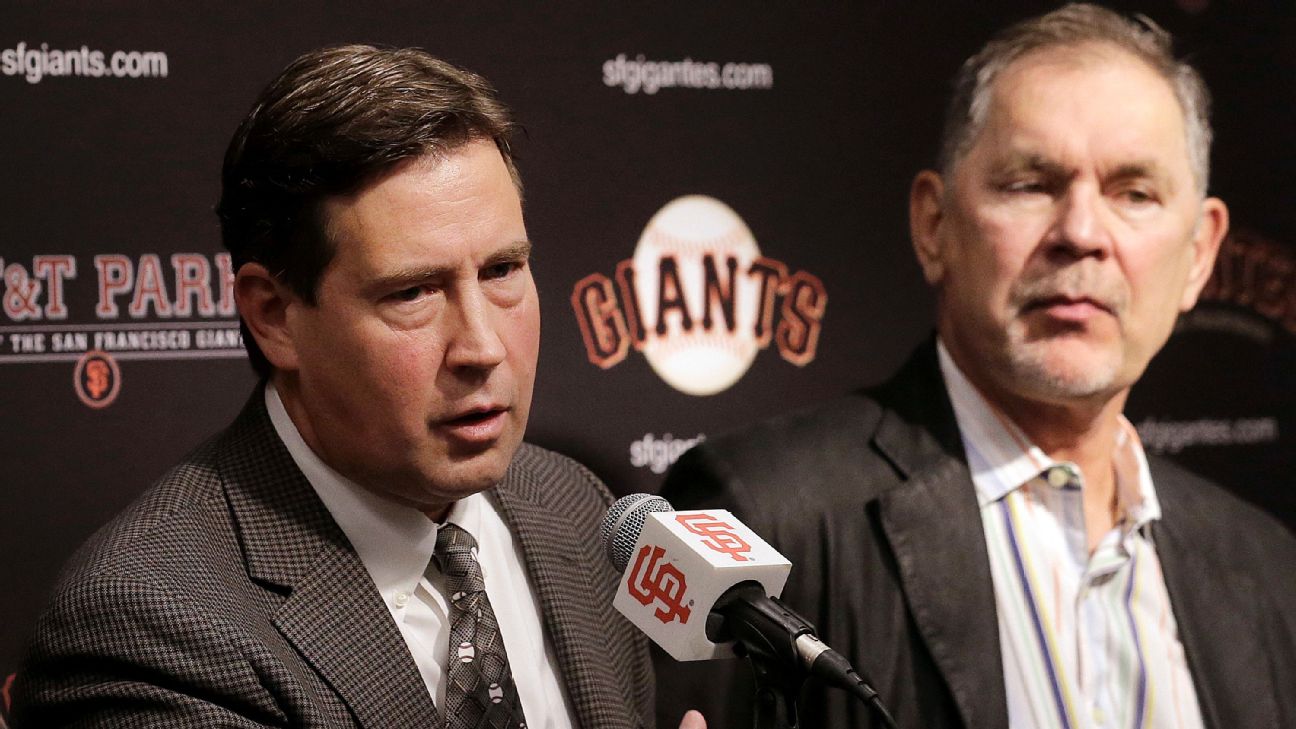 The team said Evans will be reassigned, with responsibilities to be determined.

The move came as the Giants began the final week of the season at 72-84, their second straight losing record.

"I made the decision, really," CEO Larry Baer said. "At this point, we needed to take a fresh approach to baseball operations."

The club will start a search for a new head of baseball operations.

"We're looking for someone that sort of is the 'next-gen' general manager, if you will," Baer said.

"People will say 'new school versus old school,' people will say 'analytics versus scouting,' and I think that the new, next-generation general manager is able to do both and will bring both to the mix."

Baer said the team is open to female candidates.

"Sure," he responded. "I haven't considered anybody yet, since we're just making this announcement now, but we would consider, of course, females."

Baer deflected the notion that the Giants were blaming Evans for their recent struggles.

"Brian Sabean and Bobby Evans at the helm over 26 years, I would match their record with pretty much anybody in the sport and even beyond the sport," Baer said. "So when we start talking about blame and start talking about that kind of thing, I mean, I understand the question. You want to blame the last year and this year to some extent, but I don't step back and think of this in terms of blame, I think of this in terms of it's been an incredible run, an incredible journey, but it is time now to create the next -- to create the blueprint of the future."
Report a correction or typo
Related topics:
sportsespnfiredmlbgmsan francisco giantsbobby evansfiringgeneral manager
Copyright © 2021 ESPN Internet Ventures. All rights reserved.
More Videos
From CNN Newsource affiliates
TOP STORIES