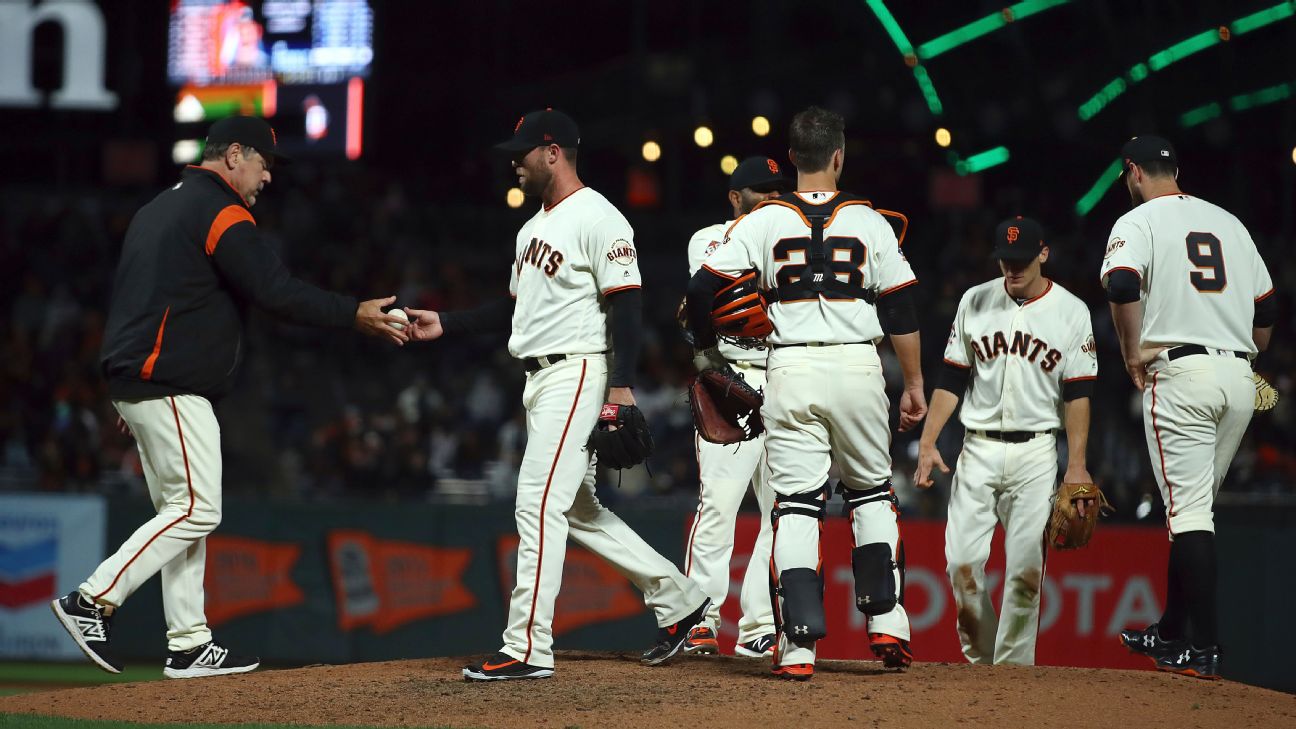 SAN FRANCISCO -- Giants closer Hunter Strickland apologized to his team and fans and said he'd consider anger management counseling three days after injuring his hand punching a door in frustration after a blown save against Miami.

Strickland is expected to be out six to eight weeks after breaking the pinkie on his pitching hand Monday in what he called a "stupid, split-second decision."Sam Dyson and Tony Watson will be called upon for closing duties.

Strickland has had several outbursts on the national stage.

Last season he threw at Washington Nationals outfielder Bryce Harper three years after he homered off Strickland in the 2014 NL Division Series.

"I think that obviously my anger in these moments have gotten the best of me and caused stupid decisions, so I don't think I should be this angry person," Strickland said. "I think focused is the better word. We do have to be focused and locked in, focused on getting those outs. ....

"This is obviously something that I'm struggling with. I don't think I have necessarily an anger problem all the time. I truly feel that my emotions get the best of me sometimes because I care what I'm doing. I go out there and do my best. But when I don't, it hurts. It's tough, it's a tough pill to swallow. But at the end of the day, whether it's a good or bad outing, I can't react this way."

Strickland said he planned to address teammates later in the day.

"I'm responsible," Strickland said. "I'm not here to blame anybody on anything, and I think that's the way it should be. ...

"If I could go back and take it back, I would, 100 percent. This is something I will always regret. But I don't have time to sit here and feel sorry for myself, because I'm the one that created this problem."

Strickland had surgery Tuesday, in which two pins were put in his injured finger. He'll have more X-rays in two weeks, when he hopes to have the pins taken out.

"That's out of my control," Strickland said. "I'll just do what I can, work hard and let the doctors decide the rest."