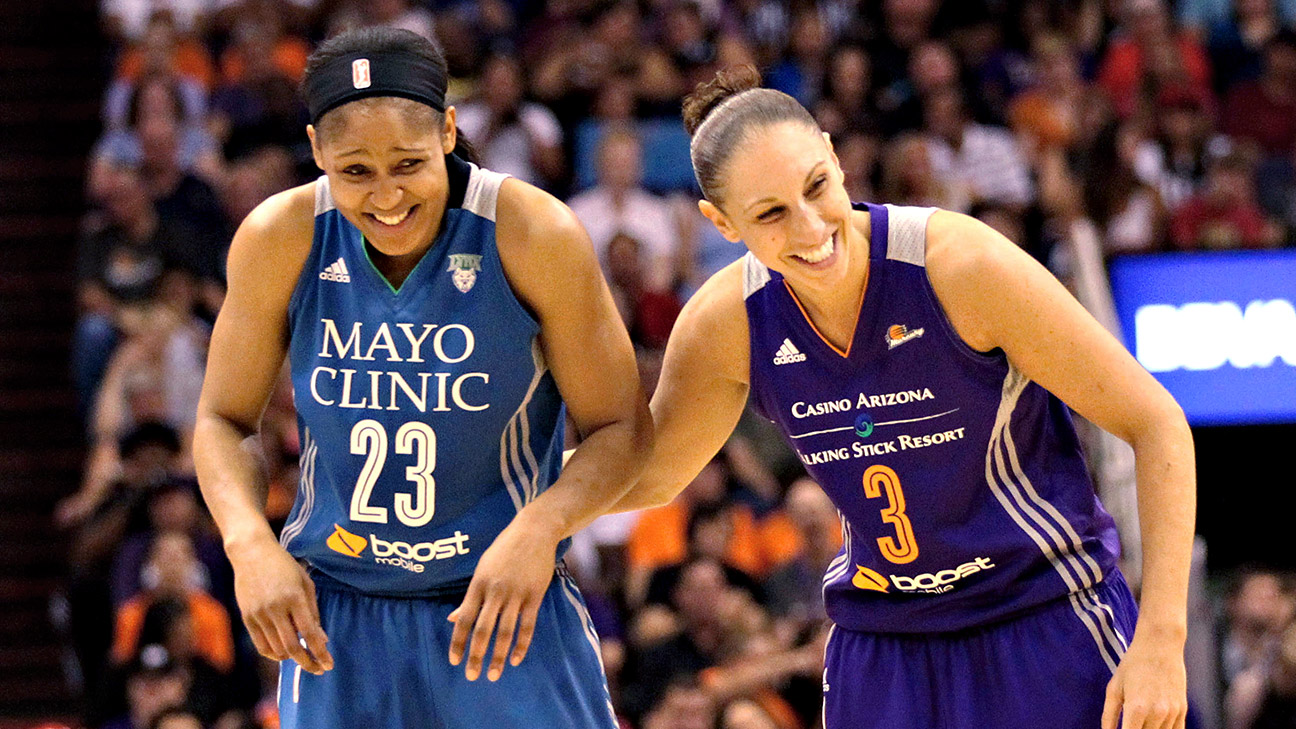 Former Los Angeles Lakers star Kobe Bryant said he believes that there are three WNBA players who could play in the NBA right now.

"I think there are a couple of players who could play in the NBA right now, honestly," Bryanttold CNN when asked whether there might be a day when his daughter could play in the same league in which he was a five-time champion and 18-time All-Star selection during his 20 seasons with the Lakers. "There's a lot of players with a lot of skill that could do it.

"Diana Taurasi, Maya Moore, Elena Delle Donne. There's a lot of great players out there, so they could certainly keep up with them."

Taurasi, a nine-time WNBA All-Star and the league's all-time leading scorer, has averaged 19.6 points during her 15 seasons with the Phoenix Mercury, with whom she's won three championships.

Moore has won the league's MVP and four titles with the Minnesota Lynx while averaging 18.4 points in her eight seasons. She sat out last season to focus on her family and ministry pursuits and told The New York Times on Wednesday that she will not play in 2020 to push for the prison release of a Missouri man who she believes is innocent.

In seven WNBA seasons, Delle Donne has won two MVP awards and has averaged 20.3 points a game. She won a league title with the Washington Mystics last season.

Bryant is eligible for induction into the NaismithMemorial Basketball Hall of Fame for the first time in 2020. 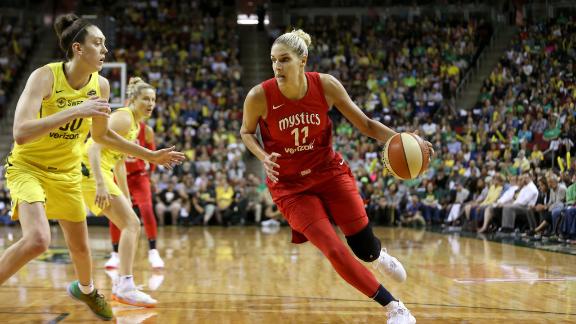