Kristaps Porzingis concerned about Knicks' direction, wants to be traded 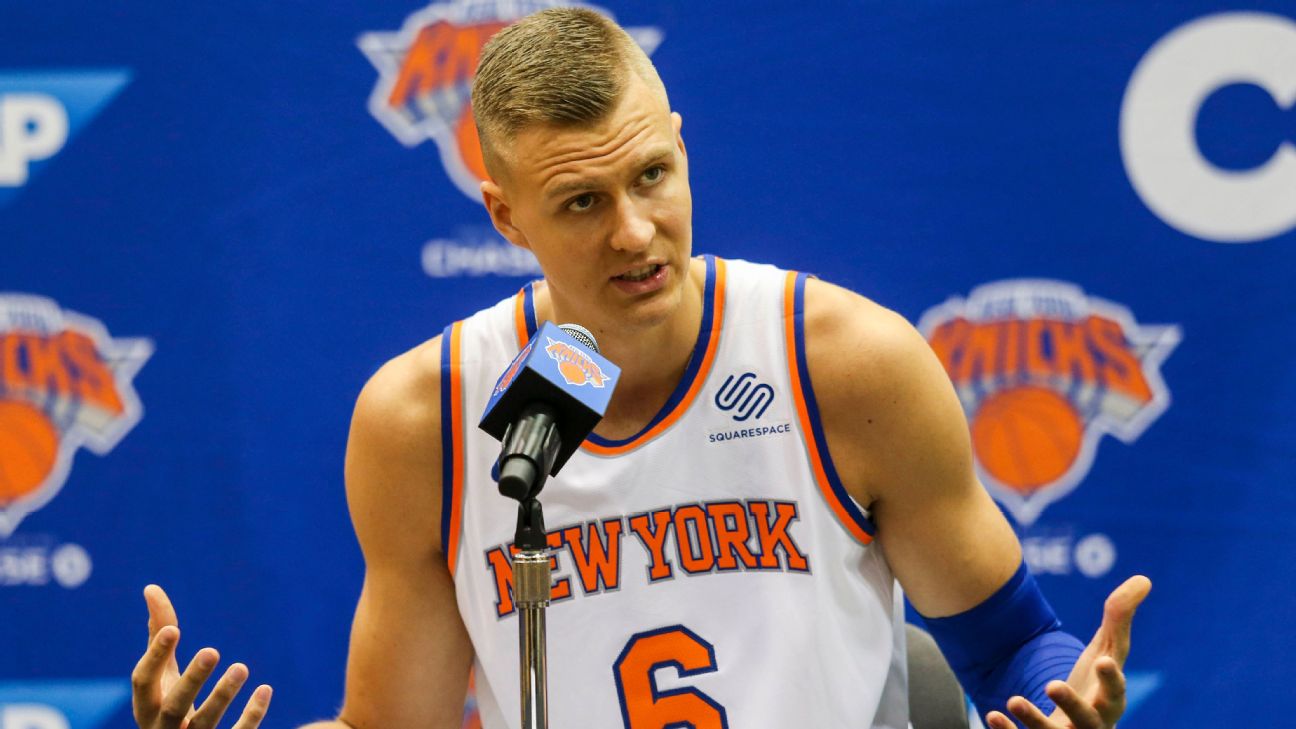 In a meeting with New York Knicks management Thursday, All-Star forward Kristaps Porzingis left franchise officials with the impression that he wants to be traded, league sources told ESPN.

Knicks president Steve Mills and GM Scott Perry are expected to fully explore trade options for Porzingis ahead of next Thursday's trade deadline, league sources told ESPN. Because Porzingis can be a restricted free agent this summer, teams pursuing him will need to know that he's willing to make a long-term commitment to them.

There's been a significant disconnect between Porzingis and Knicks management in recent years, and it culminated in Thursday's meeting. Porzingis expressed concerns on the state of the franchise and his future with the organization, sources said.

Porzingis, sidelined for nearly a year with an ACL injury, can become a restricted free agent this summer, and increasing tensions on both sides have left moving Porzingis as the most likely next step in his career, sources said.

His uncertain standing with the Knicks has been the focus of multiple teams around the league that have wondered whether there would be pathway to acquire him, front-office sources told ESPN.

The 23-year-old Porzingis and his brother Janis, who is his agent, met with Knicks management on Thursday morning and discussed his frustration with the franchise's losing, its past dysfunction and his own uncertainty over creating sustainable organizational success, sources said.

The Knicks (10-40) have struggled without Porzingis, who was averaging a career-best 22.7 points per game before he injured his left knee during a breakout All-Star season in 2017-18. He also was averaging 6.6 rebounds and 2.4 blocks per game.

Porzingis,the No. 4 overall pick in the 2015 NBA draft, has wanted to play for a winner with the Knicks, but he has been searching for clarity on his future role with the team and the franchise's direction. His name has been connected to trade talks in the Phil Jackson and Perry regimes.

The Knicks decided against signing Porzingis to a rookie extension before this season -- a move that resulted in an extra $10 million in salary-cap space for the summer of 2019 but gives Porzingis a chance to hit restricted free agency in the offseason.

"First and foremost, Kristaps Porzingis is a special and unique talent," Perry said after the decision to pass on extending Porzingis' contract. "He is someone that is extremely important to this franchise. He is someone that as we continue to strategically build this team, he's very much a part of it. The goal is to continue to work very close with he and his representation on making him be a part of the New York Knicks for the long term."

Porzingis was evaluated in January by the team's medical staff, which confirmed his knee is healing well.

He recently worked out with a coach on the court for roughly 45 minutes. The workout included Porzingis shooting pull-up 3-pointers and dunking. Mills said the decision for Porzingis to return will be up to both the player and the team.

"This is a mutual process and a mutual agreement," Mills said. "He's looking for us to say, 'Yes, you can play,' or 'You can't play.' And we're looking to him to sort of get a feel for, 'How are you feeling, KP? How does this feel? How do the coaches think you're feeling with these kind of movements?' And then we'll come to some conclusion as to, OK, this is what we're comfortable doing. But it'll be a collective.

"We'll both be on the same page when we decide whatever is next." 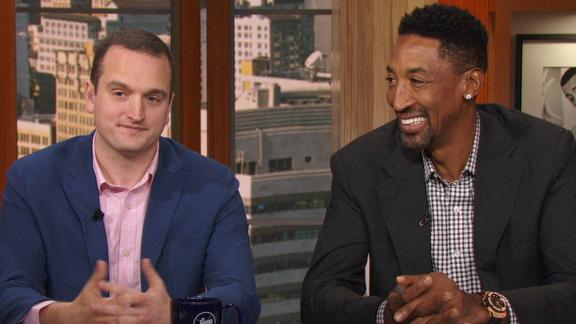