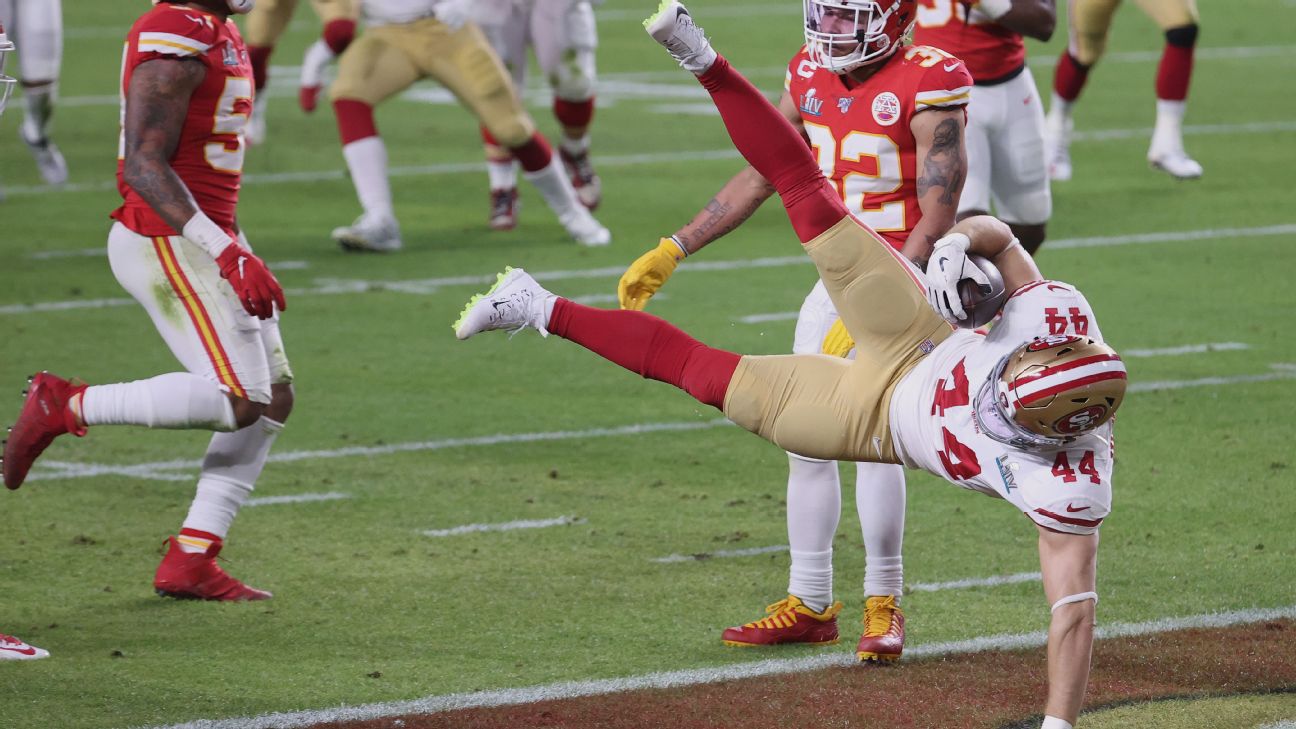 MIAMI GARDENS, Fla. -- During the regular season, San Francisco 49ers quarterback Jimmy Garoppolo had some of his best drives following an interception. On Sunday, he offered another strong response on the biggest stage.

With his team trailing the Kansas City Chiefs 10-3, the Niners drove to Kansas City's 15 for a first-and-10. At the snap, Garoppolo faked a handoff and rolled to his right, where three pass-catchers were running routes.

Garoppolo took the first option, firing to fullback Kyle Juszczyk, who was breaking toward the sideline. Juszczyk hauled it in, broke a tackle and raced into the end zone for San Francisco's first touchdown.

Kicker Robbie Gould hit the extra point to tie it 10-10 with 5:05 left in the second quarter. Garoppolo went 3-of-3 for 42 yards and the score on the drive.