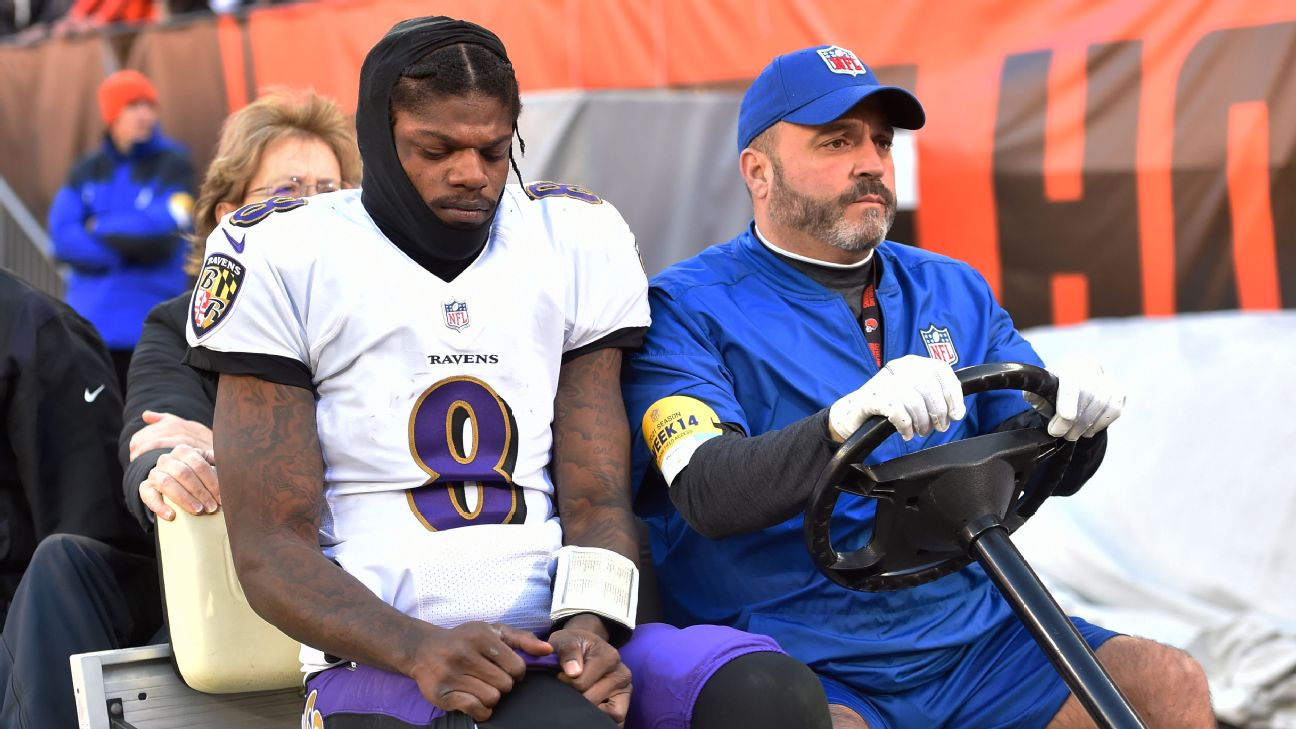 We have arrived at Week 16 of the NFL season!

Along with the holiday festivities this weekend, there are plenty of high-stakes football games to be played. Multiple division battles across the league, a showdown between playoff hopefuls in Kansas City and a duel in Louisiana on Monday Night Football (8:15 p.m. ET, ESPN) headline the slate. However, teams must first manage injuries and COVID-19 protocols heading into a pivotal week.


The Baltimore Ravens are holding out hopethat star quarterback Lamar Jackson can play in their matchup against the Cincinnati Bengals after he missed last week's game because of an ankle injury. Both Kansas City Chiefs tight end Travis Kelce and wide receiver Tyreek Hill hope to get off the reserve/COVID-19 list before their team's contest with the Pittsburgh Steelers.

Kelce has been confirmed as being vaccinated, leaving the door open for him to return in time for Sunday's game.

Unfortunately for the Minnesota Vikings, running backDalvin Cook is expected to be out this week after testing positive for the coronavirus. He has been abiding by the unvaccinated player protocols this season, which forces him to miss a mandatory 10 days.

Our NFL reporters have you covered with more of the latest developments on the health and availability of key players across the league.

Jackson is expected to miss consecutive games for the first time in his four-year career. He hasn't suited up since Dec. 12, when he hurt an ankle in a 24-22 loss in Cleveland. The Ravens could've certainly used Jackson for Sunday when Baltimore plays at Cincinnati for first place in the AFC North. Now, after Jackson has missed practicing for two weeks, there has to be a concern about rust when he does return. Jackson will be replaced by Tyler Huntley, who is dealing with an illness. -- Jamison Hensley

Beasley will miss Sunday's division game vs. the Patriots after testing positive for COVID-19 early in the week. The wide receiver is unvaccinated. The slot receiver is quarterback Josh Allen's second-most targeted receiver on third down (27) behind Stefon Diggs this year. Receivers Isaiah McKenzie and Emmanuel Sanders can contribute in the slot in his place.

Davis became the second Bills wide receiver on the reserve/COVID-19 list this week, joining Beasley in testing positive and being unvaccinated. As a result, he will miss the game vs. the Patriots and next week's game against the Falcons. As of late, the second-year receiver had developed into quarterbackJosh Allen's No. 2 wide receiver behindStefon Diggs. Davis has scored four touchdowns in the past three games and opened up the offense as a downfield threat. -- Alaina Getzenberg

On top of the roster chaos due to COVID-19, the Browns will be without Johnson, who injured a hamstring in Monday's loss to Las Vegas. The good news is, Cleveland got back safety Grant Delpit off the reserve/COVID-19 list. Still, the Browns will be heading to Green Bay short-handed. -- Jake Trotter


Pollard does not have an injury designation for the game, so that's good news for a running game that needs his speed. The Cowboys will manage Pollard through the week much the same way they are doing Ezekiel Elliott (knee). It's not clear if he will return kicks, but with Corey Clement also dealing with a toe injury, the Cowboys could activate Ito Smith off the practice squad as insurance. Pollard's speed and quickness could be good against the Washington front. -- Todd Archer

As expected, Bridgewater is officially ruled out of Sunday's game against the Las Vegas Raiders. He was knocked unconscientious on a third-quarter run against the Cincinnati Bengals last Sunday, spent a night in a Denver hospital and has since been in the concussion protocol. He did not practice this week, and coach Vic Fangio had said earlier in the week that Bridgewater would not play against the Raiders. Drew Lock will get the start in his place. -- Jeff Legwold

The day after the Lions' upset win over Arizona, quarterback Jared Goff started experiencing mild symptoms and tested positive for COVID-19 on Monday. As the Lions look to close the season strong, Goff will miss the upcoming game in Atlanta while taking proper precautions to return. The Lions are expected to start Tim Boyle in his absence.

After being inactive for the past three weeks, the Lions have listed Swift as questionable against Atlanta. Swift suffered a shoulder sprain during the Thanksgiving Day game against the Chicago Bears. Lions coach Dan Campbell said he wants to know that Swift is not thinking about the injury. "That's really the last part of this, is that he has confidence in himself to take a shot," Campbell said.

Oruwariye missed the full week of practice because of a thumb injury before being ruled out against Atlanta. The injury happened on the game's last drive versus Arizona last week. Coach Campbell described the injury as being "kind of a ligament and a bone as well" and could require surgery. Oruwariye has the third-most interceptions in the league with six. -- Eric Woodyard

Waller has missed three games since suffering back and left knee injuries on Thanksgiving, but he is listed as doubtful for the first time since the injury rather than out.

"It's been tedious progress," said Raiders interim coach Rich Bisaccia. "I'm not confident, but I always want to leave it up to him, to some degree. If he feels like he runs a little bit better, maybe tomorrow afternoon's workout, if he has a chance on Sunday to go, then we'll certainly let him go." -- Paul Gutierrez

Thielen said he feels like he and the Vikings are on a "faster track" with healing his high ankle sprain. The wide receiver was limited in practices this week, but because he felt he was close to returning vs. Chicago, it seems likely that he'll be able to go against the Rams in Week 16. In addition, running back Dalvin Cook is out against Los Angeles after being moved onto the reserve/COVID-19 list. -- Courtney Cronin

Harris hasn't played since injuring a hamstring on Dec. 6 against the Bills and was limited in practice all week. He seemed fired up at Friday's practice, with his voice booming across the field, which might be an indication he's good to go. The team officially listed him as questionable. Meanwhile, impressive rookie RB Rhamondre Stevenson is out after being placed on the reserve/COVID-19 list, leaving J.J. Taylor and Brandon Bolden as the only running backs on the 53-man roster. -- Mike Reiss

Davis has been the heart and soul of New Orleans' defense -- which has been the heart and soul of the Saints' team as they've scratched and clawed their way to a 7-7 record this year (including last week's 9-0 stunner at Tampa Bay). Davis was added to the Saints' reserve-COVID-19 list Friday, and backup Kaden Elliss is already on the list -- leaving New Orleans' defense a bit thin in the middle. -- Mike Triplett

The rookie receiver just returned to the team on Thursday after being away for 10 days following another positive COVID-19 test. It makes Toney a true game-time decision Sunday against the Eagles. Not only does he have to get back into playing shape, but he also has to get the quad and oblique that has sidelined him for more than a month to the point where it's not restrictive. It's a race against time for the first-round pick. -- Jordan Raanan

The standout rookie tight end suffered a concussion in the second half of the win against the Tennessee Titans, and he didn't practice all week. Freiermuth, who has a team-high seven touchdown receptions, was ruled out Friday for the game against Kansas City. With Freiermuth out, look for Zach Gentry and Kevin Rader to have more expanded roles in the offense. -- Brooke Pryor

Austin isn't a big name, but the former Jets starter has a hip pointer that is potentially a big concern for the Seahawks given their depth issues at cornerback. Austin started Tuesday against the Rams for D.J. Reed -- who's still on the reserve/COVID-19 list -- and was flagged three times, though a critical holding penalty was highly questionable. Per coach Pete Carroll, Austin's status won't be known until closer to Sunday. And with the NFL's COVID-19 protocols again allowing negative tests to clear players on game day, Reed's status might not be known until then either. -- Brady Henderson

Gibson did not practice this week and is listed as questionable on the injury report for Sunday's game at Dallas. Gibson missed two games with a turf toe injury in 2020, but coach Ron Rivera said the second-year back told him this injury is not as bad as the previous one. Still, it'll be a close call as to whether he can play. Gibson hurt the toe in Tuesday's loss at Philadelphia. He did return to the game but was not as effective after the injury. If he can't play, then undrafted rookie Jaret Patterson would get the start. -- John Keim 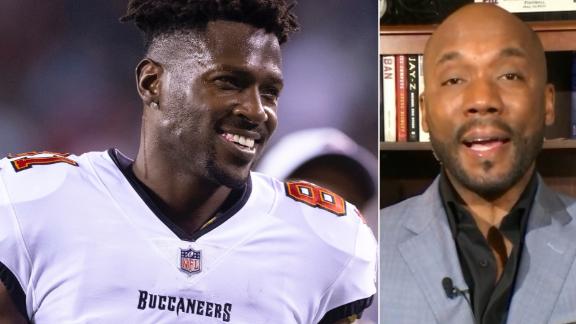