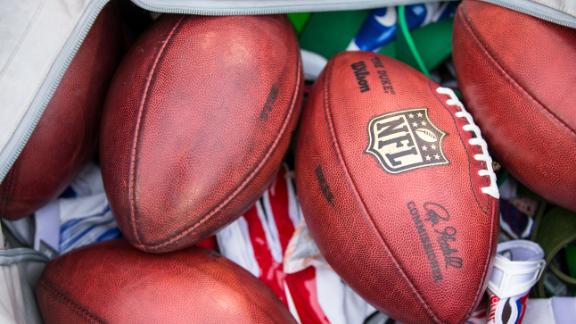 RENTON, Wash. -- Seattle Seahawks cornerback Richard Sherman doesn't expect to see any punishment given to the New England Patriots before the Super Bowl over possibly deflating footballs in the AFC Championship Game.

Sherman made a comparison to the fact that Seattle running back Marshawn Lynch was told he would not be allowed to play in the NFC Championship Game if he wore shoes with gold cleats because it violated the NFL's uniform code.

"That really affects the game if you suspend Marshawn for gold shoes," Sherman said. "But then you've got balls being deflated and that's the issue."

The NFL has found that 11 of the Patriots'12 game balls were inflated significantly less than the NFL's requirements in their45-7 victory over the Indianapolis Colts, league sources told ESPN senior NFL analyst Chris Mortensen on Tuesday.The investigation found the footballs were inflated 2 pounds per square inch below regulations.

Yet to be determined is what, if any, penalties might be imposed upon the Patriots.

Sherman was asked whether he ever has intercepted a deflated football.

"I'll have to go back to my collection and check 'em,'' he said. "I'll have to see if pounds are missing. Really, I've never heard of that. I'm not sure anything will come [of] it, if it's true or not true.

"It didn't have much effect on the [AFC Championship Game], if any."

Seahawks quarterback Russell Wilson didn't want to say much about the controversy but joked: "Just as long as the football has laces, I'm good to go."

"That's crazy," Jackson said. "But I have thrown some balls that weren't all the way pumped up [by accident]. They do feel better. Kicking balls are horrible. They're overinflated."

Advantages Of Underinflated Footballs
Mark Brunell discusses the advantage of using a football that is underinflated and what he preferred to use when he played.

11 Of 12 Pats Footballs Underinflated
ESPN's Chris Mortensen breaks down the NFL's finding that 11 of the Patriots' 12 game footballs were underinflated by 2 pounds for the AFC Championship Game.

What Is Advantage Of Deflated Football?
ESPN's Steve Young believes a deflated football in cold weather provides more leather for the quarterback to grab on to but doesn't think it's going to win a game.

Eventful Day For The Patriots
ESPN Patriots reporter Mike Reiss and Michele Steele recap New England being investigated for deflating footballs during the AFC championship and the start of preparations for the Super Bowl.