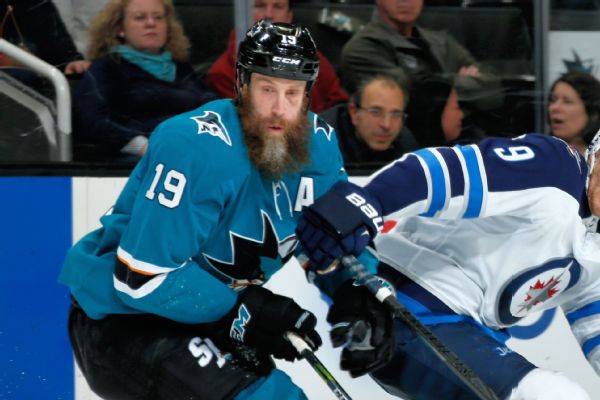 Thornton, 38, came off the ice with 40 seconds left in the third period of the Sharks' 5-4 overtime loss to the Winnipeg Jets on Tuesday night in San Jose. Teammate Mikkel Boedker fell on his right leg as Thornton was tumbling to the ice after chasing down a puck in the neutral zone.

Wilson said, at a minimum, Thornton will miss two weeks. According to The Athletic, the Sharks are still waiting for the results of an MRI for a determination on surgery or next steps for Thornton.

This is the second major knee injury for Thornton in the past year, as he had surgery on his left knee after last season after tearing his MCL and ACL.

Thornton has 13 goals and 23 assists in 47 games this season, his 20th in the NHL, and has been hot lately, with nine points in his past seven games. He's second among active players in career points with 1,427, trailing only Jaromir Jagr of the Calgary Flames (1,921).