Steve Kerr on possibility of four Warriors making ASG: Not that kind of season 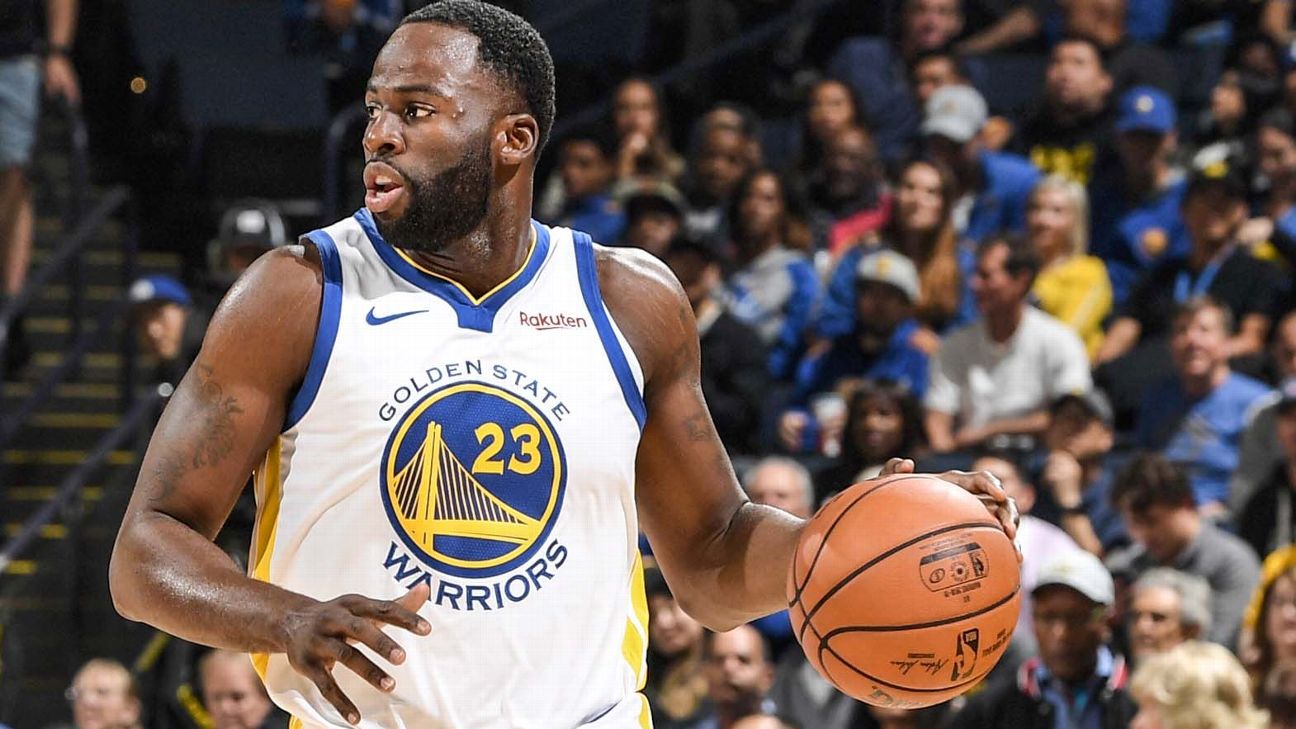 "I doubt it," Kerr said before Thursday's game against the Washington Wizards. "I don't think so, to be honest with you. I don't think it's been that kind of a season. It's been rocky, at least until the last few weeks. I think the way Draymond [Green] has played over the last three weeks, for sure, he's been playing at an All-Star level. And he would be the first to tell you he was not playing at an All-Star level for the first couple months. So my guess is he won't make it. But who knows? We'll see what happens. The way he's playing now, he's one of the best players in the league, that's the main thing, and we're winning games. We're going along pretty smoothly, so hopefully we can continue that."

The past two years, Warriors stars Stephen Curry, Kevin Durant, Klay Thompson and Green made the team, but after slow starts from both Thompson and Green this season, it remains uncertain whether either player will make it this time.

Curry and Durant were announced as starters from the Western Conference on Thursday night. And with Golden State at 34-14 after Thursday's win, Kerr is set to once again be the coach of one team of All-Stars if the Warriors stay in first place in the West before the break.

Kerr said that while the process is always difficult once voters get to the end of the roster, identifying the top-of-the-line All-Stars is pretty easy.

"I think it's fairly obvious," Kerr said. "When you see an All-Star, you kind of know it. You know James Harden's an All-Star; you know he's going to start. You know Steph Curry should start. What gets difficult is when you're picking the last couple guys. To me, there's usually maybe eight, nine guys who are sort of automatic. And then three or four guys who come from a pool of 10 or 15, and that's really difficult. I like to reward winning. I think players who are affecting their teams' won-loss record the most probably deserve the edge. Beyond that, maybe it's circumstantial, maybe you have to take into account other things. But it's a difficult process, and I'll face that next week when I have to make my own votes for the reserves."

Thompson, who is averaging 25 points in January and has helped fuel the Warriors' nine-game winning streak, is confident he will join Curry and Durant in Charlotte.

"I want to be there," Thompson said after Wednesday's practice. "If we keep winning, we're in first place, I feel like we probably deserve to be there because of our performance the last five years at the top of the standings. It's not easy; I don't know how many times it's ever been done, so if I don't make it, it's not the end of the world. I'll go to the beach and enjoy myself."

Kerr knows his star swingman is trying to make a late push for the game, but he also understands Thompson's early-season slump might be tough to overcome.

"Klay's had an amazing month," Kerr said. "But I know he didn't shoot it as well earlier in the year. I think he's got a really good chance, but there's a lot of guys at that position, so we'll see."

As for Green, a toe injury that forced him to miss several weeks in November hampered his usually solid numbers, but he has bounced back to play his best basketball of the season over the past month.

"I don't really know what's the criteria, how people will judge that," Green said of another potential All-Star berth after Wednesday's practice. "But at the end of the day, it's not really something I worry about. If it happened, great. Obviously, I'm always appreciative of being an All-Star in this league because it's tough. If it don't [happen], I'll enjoy a nice vacation. So I'm kind of in a win-win situation."

Curry said he learned of his All-Star starter selection just before taking the court for Thursday's game.

"It's something that I never take for granted," he said. "It's an amazing accomplishment and something that I remember in 2012 just trying to crack the seal and get in the game, and now I've put a nice string together and want to continue it. Obviously we're teammates and what we've been able to accomplish here was way more important, but being able to go home to Charlotte and represent my team, my family, all that in the All-Star Game and start with the other nine deserving All-Star starters is amazing. It's going to be an amazing experience for sure."

As for the All-Star draft being televised for the first time, Curry said he was excited to see it unfold after serving as a captain with LeBron James last year.

"That should be fun to watch for sure," Curry said. "Last year, doing it with Bron was an interesting experience. I'm sure that the fanfare and the attention this year will be heightened exponentially so we'll see where I end up." 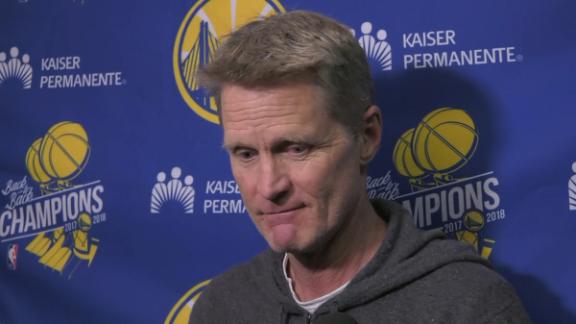