Team of the Week: Selma Bears 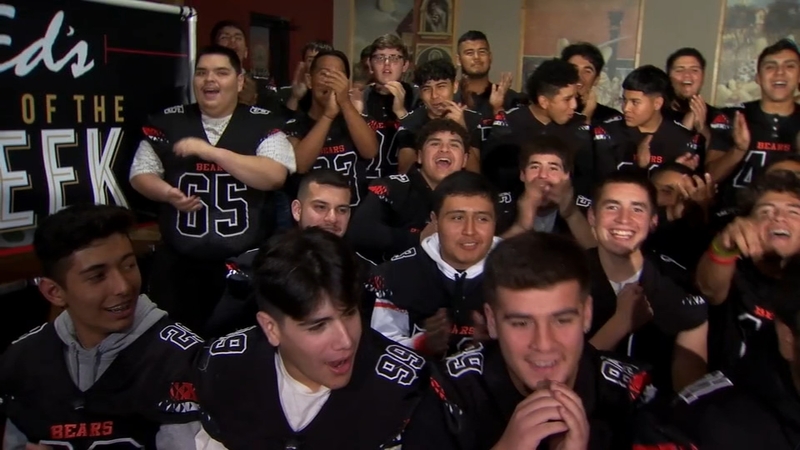 Team of the Week: Selma Bears

SELMA, Calif. (KFSN) -- After earning a first-round bye the Selma Bears rolled past their opponent in the quarterfinals.

"I would do anything for them, they're my friends and family," said Michael Rennovato. "It's just been amazing how we've bonded this year and become one as a team."

Selma had just four wins last year, but this season they've already more than doubled that total. The Bears have racked up nine wins and a spot in the division four-section semifinals with a 42-7 win over Wasco.

"It was a rough year last year, we all felt it," said head coach Matt Logue. "In the offseason, we came together and had a couple of different meetings just to talk about why they play football and doing the little things right."

Making the turnaround even more impressive, Selma has not played a single home game all year. Their new stadium is still being built, but the Bears fan base makes sure to support them on the road.

"Regardless it's not here at our stadium, they find a way to get there, Logue said. "We've had buses for all the students who weren't able to get their own transportation."

"It's just been something all year, we didn't let it be an excuse, we just kept playing if it's out of our control we can't worry about it," Logue said.

The Bears are making their deepest run in the playoffs since 2016.

"Our O-line is very dominant, I believe we're the best... not the best but one of the best teams in the Valley. Our d-line too just destroying it," Rennovato.