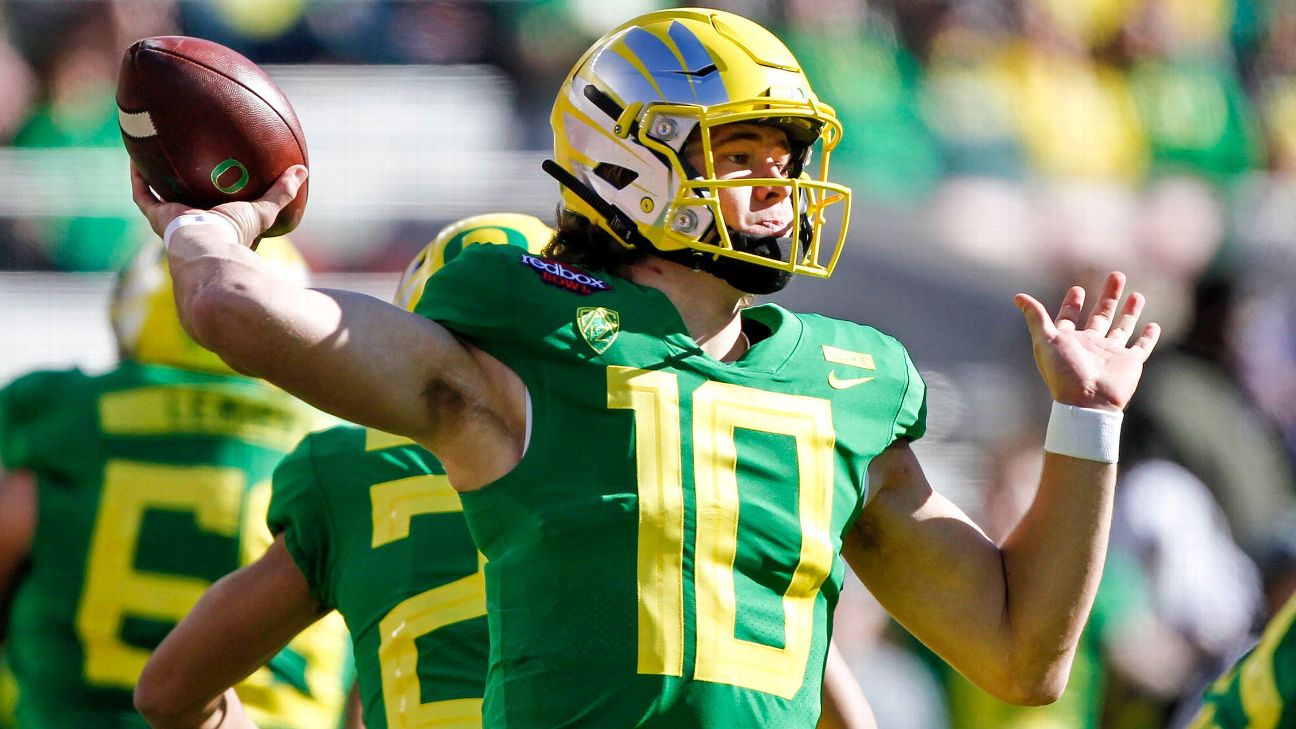 We are a mere 358 days from the 2020 NFL draft, but it's already time to start breaking it down. Though this year's quarterback class might have fizzled, next year's crop already looks loaded.

College football reporter Alex Scarborough examines the potential 2020 quarterback draft class, and national NFL reporter Kevin Seifert runs through the teams that could be in the QB market soon.

Note: Ages are based on the Sept. 5 NFL season opener, and underclassmen are marked with an asterisk.

As it turns out, his coming-out party as a true freshman in the 2017 national championship game was only the beginning. Last season, the Tagovailoa phenomenon really took off. In short, he was something no Alabama quarterback had been in recent memory. He didn't just manage the offense, he controlled it. His feel for the game, anticipating holes in the defense, proved exceptional. In the end, he trailed only Kyler Murray in completions of 20-plus yards -- and yet Tagovailoa still managed to complete 69 percent of his passes. Even Drew Brees took notice. "I mean, he's making some legit throws down the field, he's making some legit reads, just from what I've seen," the future Hall of Famer said. "So, I couldn't be more impressed." He opened as the -300 favorite to be the top pick in 2020 at Westgate Las Vegas SuperBook.

Read more: Tua Tagovailoa's success is generations in the making

Herbert might have been a top-five pick in this year's draft had he chosen to come out early. But by staying another season, he could work his way into being the top overall player in next year's class. At 6-foot-6, 233 pounds, he certainly has the size that scouts covet. And judging by his 173 career carries -- nine of which went for touchdowns -- he's not afraid to run the ball, either. But there were some signs of regression last season that need to be cleaned up, as he fell from completing 67.5 percent of his passes to 59.4, and went from 9.6 yards per attempt to 7.8.

He didn't garner the attention that Tagovailoa, Murray and Dwayne Haskins did last season, but Fromm has quietly stated his case as one of the most productive and NFL-ready quarterbacks in college football. His overall numbers aren't going to wow you, but that's primarily a function of Georgia's style of offense, which tends toward pro sets rather than the spread, and favors running the football. But consider this: In two seasons as a starter, he's completed 64.8 percent of his passes while throwing for 54 touchdowns and just 13 interceptions.

Stat to know: Only seven pass attempts since 2016

You'll be forgiven for not remembering Eason's name. It's been a while since he last saw the field, and that was more than a year ago, when he was unseated by Fromm as the starter at Georgia in 2017 after being injured -- a turn of events that few saw coming. Before that, he was the must-see No. 1-ranked QB in the 2016 class who showed off a big arm when he threw for 2,430 yards, 16 touchdowns and eight interceptions as a true freshman. Back home in Washington now, with the experience of a year on the sidelines learning the system, the 6-foot-6, 227-pound redshirt junior is poised to hit the ground running.

There isn't a player in college football with more to prove in terms of the NFL. At Alabama, he was pigeonholed as a run-first QB who struggled with short-to-intermediate throws. But was that reality or just the narrative? Remember, he won SEC Offensive Player of the Year as a freshman for a reason. He threw 48 touchdowns and just 12 interceptions for a reason, too. And the last time we saw him in meaningful action, coming off the bench during the SEC championship, he looked like a more polished passer. Oklahoma coach Lincoln Riley saw enough to want to persuade him to join the Sooners, where Riley has had the Midas touch in back-to-back years with Heisman Trophy winners and first-round QBs Baker Mayfield and Murray.

TEAMS POTENTIALLY IN THE MARKET FOR A QB

Rosen fell into the Dolphins' lap during draft weekend, with reasonable compensation and a contract that would be cheap for a backup if that's what it comes to. Rosen is fully guaranteed $6 million, and if he's released after 2019, the team would take on $5 million in dead money. So the Dolphins will have a year to see what Rosen can do. They can bench him for Ryan Fitzpatrick if they don't like what they see and jump right back into the quarterback mix in 2020 with little downside. And they're likely to have a high pick no matter which way it goes.

Bruce Arians is the Buccaneers' third coach since the team drafted Winston in 2015. If Arians can't elevate Winston into being a consistent starter, then it's probably not happening. Winston's got one year, and then some decisions will have to be made.

A shift to a run-heavy offense in 2018 prompted reasonable questions about the Titans' faith in Mariota's arm. His struggles to stay healthy have also been well-documented, hence the move for Ryan Tannehill in the offseason. Barring a massive uptick in Mariota's performance, the Titans will need to determine whether they are comfortable with a lower ceiling or if they want to move for a more dynamic player.

Backup Teddy Bridgewater's decision to return to New Orleans, rather than sign with the Dolphins as a starter, raised some eyebrows about the Saints' plans for the near future. But he is also on a one-year deal. Brees' average of 266.1 passing yards per game last season was the lowest of his career in New Orleans. Change is coming soon, if not immediately after the season.

The assumption is that Brady and the Patriots will get together on a short-term extension. But are any conventional assumptions valid when a pro football player is in his early 40s? The Patriots drafted Auburn's Jarrett Stidham in the fourth round, but he can't yet be considered a possible heir.

The Packers spent time evaluating this year's draft class, most notably Missouri's Drew Lock. Rodgers -- who has no full guarantees on his contract after the 2020 season -- had the worst campaign of his career at age 34. Should the Packers assume that he'll remain healthy, and be energized by the first head-coaching change of his career? They can hope and reasonably project it, but their offseason evaluations suggest they are putting thought into an eventual transition.

Roethlisberger's new contract, signed last month, settled the issue for now and would impose a serious dead-money charge ($25 million) if the Steelers moved on at the end of this season, even though he has no full guarantees written in after that point. But Roethlisberger has had more of an injury history than some of the players on this list. The Steelers have made midround draft picks at quarterback, including Joshua Dobbs and Mason Rudolph, but none should be considered likely heirs right now.

Rivers is playing as well as he ever has. He hasn't missed a game since the Chargers named him their starter in 2006 and is reportedly in line for a contract extension. But as he approaches his 38th birthday in December, the Chargers must at least be mindful of the looming end of his career. The Bolts did bring in 29-year-old Tyrod Taylor on a two-year deal as a backup, and then took developmental prospect Easton Stick in the fifth round of the draft, but neither is the answer as a potential starter.

Cousins' $84 million contract is not only fully guaranteed, but also shorter than what most established starters have. The Vikings aren't likely to part ways with Cousins before the 2020 season, but they'll need to plan for an immediate succession if they don't want to extend him.

Raiders coach Jon Gruden demonstrated his professed loyalty to Carr by declining to draft a quarterback last month. But from a contractual standpoint, with no full guarantees remaining, there is little to stop the Raiders from moving on if Carr doesn't rebound from an uninspiring 2018 season.

Dalton's contract situation, which includes no remaining full guarantees, is less relevant than the coaching change in Cincinnati. Former coach Marvin Lewis was a big supporter. His replacement (Zac Taylor) has professed similar sentiments, but Dalton's career arc isn't strong enough to assume that he will survive a new administration.

Stafford has a fully guaranteed $6 million roster bonus due next March. It would take a disastrous 2019 season to prompt the Lions to move on from him after the season, but they would reach a contractual inflection point that could force a conversation. The Lions haven't won a playoff game during Stafford's first decade with the franchise.

Ryan has $20.5 million fully guaranteed for 2020 and another $15.5 million for 2021. Replacing him within the next few years seems among the least likely scenarios on this list. His performance, good health and financial considerations all make it unlikely. But no player's future should be taken for granted when he is entering his 12th season. 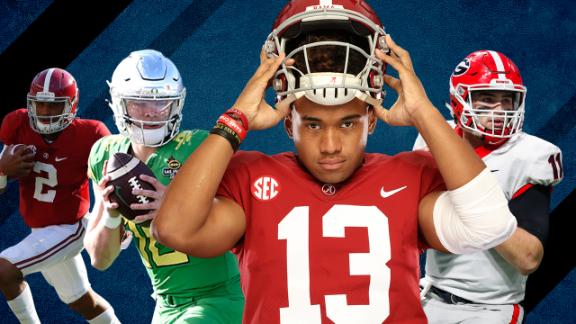 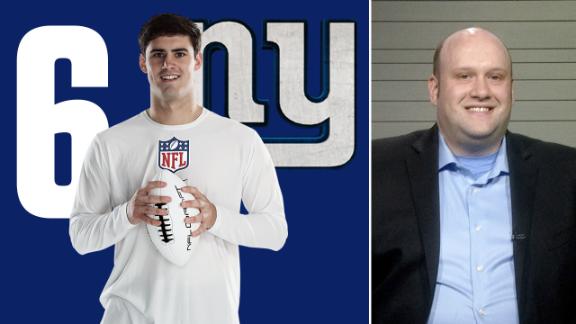 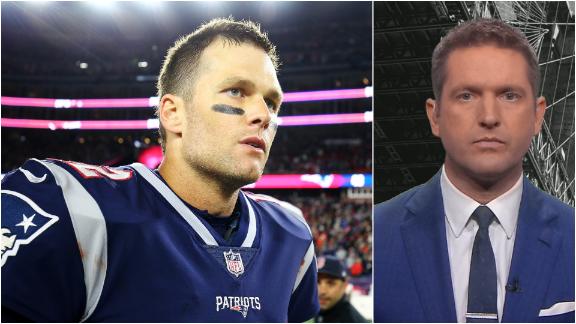