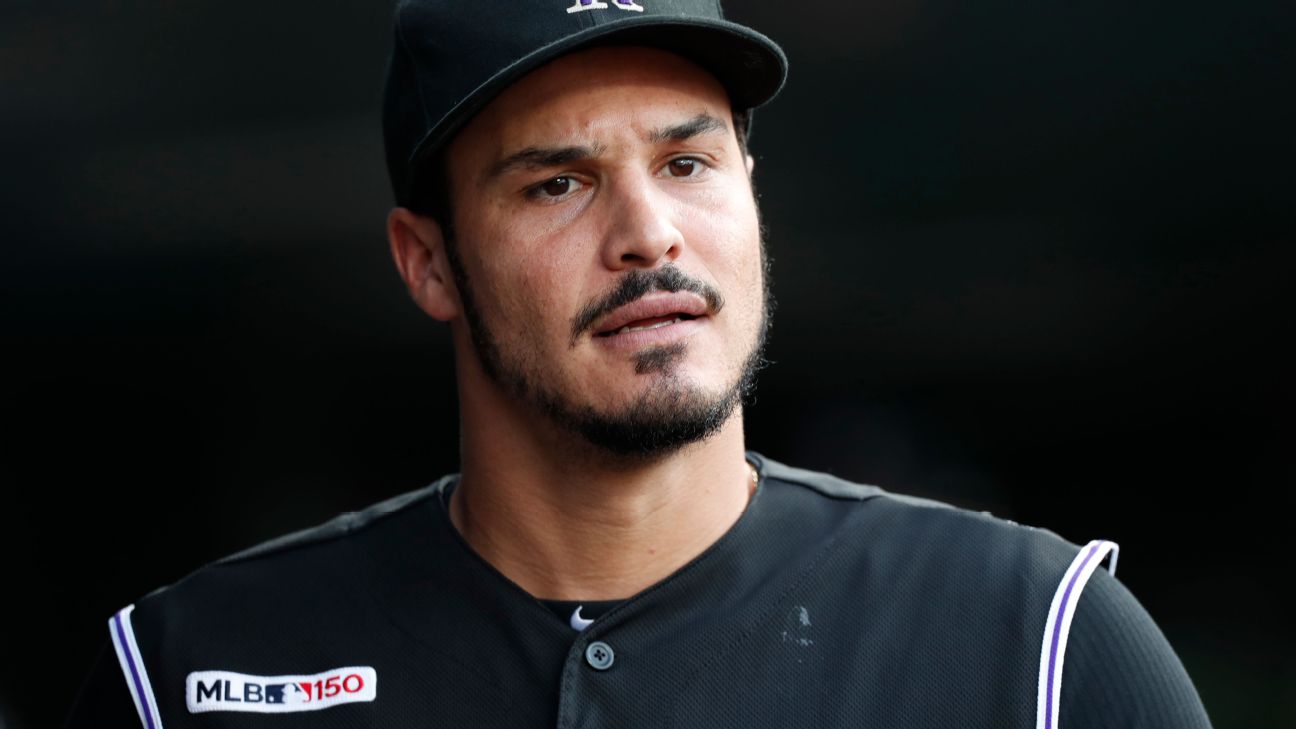 Predicting MLB trades is impossible! I believe the surgeon general issues a warning about this on the back of packs of baseball cards.

In fact, it wouldn't be shocking if I went 0-for-30 on the following list of the one player from every team most likely to be traded in 2020.

Even though Aaron Hicks will still be recovering from Tommy John surgery at the start of the season, the Yankees have plenty of outfield depth with Aaron Judge, Giancarlo Stanton, Brett Gardner and Mike Tauchman, who after a strong 2019 showing has surpassed Frazier on the depth chart. Tauchman is a better defender than Frazier and gives the Yankees a much-needed lefty bat. The Yankees have never exactly warmed to Frazier, and if Miguel Andujar ends up getting DH at-bats, that means Stanton in the outfield and even fewer opportunities for Frazier.

Hey, it's the Rays. Probably the only untouchable player is uber-prospect Wander Franco. The Rays have a glut of infielders, though Brandon Lowe likely will end up getting a lot of time in the outfield. If Franco is ready in the second half -- not an unrealistic possibility -- that creates even more of a logjam. Robertson had a good 2018 (.382 OBP) and a poor 2019, and he might be the odd man out.

Betts or David Price? Maybe new GM Chaim Bloom finds a creative way to package them together as the Red Sox look to trim their payroll under the luxury tax threshold. We're looking at you, Dodgers. Note that by 2022, the Dodgers have just $16 million in salary commitments (A.J. Pollock and Kenta Maeda). They have enormous payroll flexibility, so they could easily absorb some (not all) of the $96 million owed Price over the next three seasons. Heck, they could trade for Betts and sign him to a mega-extension.

The Blue Jays are ... well, at least they're trying, adding Hyun-Jin Ryu, Tanner Roark and Chase Anderson to the rotation. This roster is still mostly a hot mess, however, and the Jays are unlikely to be in the playoff race come late July. Giles is a pending free agent, and if he's dominating like he did last season, he'll be shipped to a contender.

Hey, he's still here! Like almost every other pitcher, Givens suffered from gopher-ball-itis last season (13 home runs in 63 innings), but he has premium stuff and fanned 86 in 63 innings. In his career, he has allowed 22 home runs at Camden Yards and 12 on the road. He can help a contender as a setup guy.

Minnesota's offseason has been a little disappointing, as the Twins have been playing in the kiddie pool more than swimming with the sharks. Maybe they'll sign Josh Donaldson. Anyway, there aren't any obvious trade candidates on Minnesota's 40-man roster. Romero's star has fallen the past couple of seasons, and he's a change-of-scenery candidate.

I don't want the Indians to trade Lindor. Maybe they won't, now that the latest rumors are that the Dodgers have cooled on Lindor and turned their focus to Betts. Still, an all-in team such as the Reds is a possibility, or maybe there's a sleeper team out there. One thing is for sure: If Lindor gets traded, it will likely be before the season because the Indians are definitely good enough to make a run in the AL Central -- and you can't trade Lindor if you're in first place in late July.

With Yasmani Grandal signed through 2023, Andrew Vaughn (the No. 3 overall pick in 2019) on the fast track at first base and Edwin Encarnacion set to DH in 2020 (with Jose Abreu ready to fill that role once Vaughn reaches the majors), there is no place for Collins in the lineup. If somebody believes in Collins as a catcher, the Sox should deal him.

Kennedy is in the final year of that $70 million contract he signed in 2016, making $16.5 million. That wasn't the wisest of investments by the Royals, but Kennedy did have a good year in the bullpen in 2019 (3.41 ERA/2.99 FIP). He could add a veteran presence to a contender looking for bullpen help.

Schoop just signed a one-year, $6.1 million deal, but that only makes him obvious trade bait at the deadline for a team that might need a second baseman. (He can even play shortstop in a pinch, like he did down the stretch for the Brewers in 2018.)

It has been a quiet offseason for the Astros, who have lost Gerrit Cole, Wade Miley and Will Harris in free agency and traded away Jake Marisnick while adding ... well, they re-signed Martin Maldonado. George Springer and Michael Brantley are both free agents after 2020, but the Astros won't be trading them. Their best trade candidate is probably somebody in the minor league system for some help at the July trade deadline.

Marcus Semien is a pending free agent, but with the Astros looking beatable for the first time in four years, the A's should let the season play out and see what happens -- even if it means losing Semien in free agency next offseason. Mateo was once a highly rated prospect with the Yankees, but the tools have never come together with great results. He finally hit for some power in Triple-A (thank you, Las Vegas and Super Happy Fun Ball), but he doesn't really have a role in Oakland.

The problem with having Odor on your roster is that you keep playing him, and though he hit 30 home runs last year, they came with a .205 batting average and .283 OBP. He's signed through 2022, with a 2023 team option, and he doesn't turn 26 until February. The Rangers should trade Odor and play Nick Solak at second. But would anybody want him? Odor had a .721 OPS last season. Thirteen teams had an OPS under .700 from their second basemen. Maybe somebody will want to take a chance on his youth and power.

Just throwing this out there: Signing Anthony Rendon was a coup, but there's also a good chance that the Angels still won't crack .500, given that the pitching staff remains, umm, a work in progress. Simmons is a pending free agent -- he's in the final year of a seven-year contract signed with the Braves back in February 2014 -- and if the Angels stumble, he would be a potential chip at the trade deadline.

The fifth overall pick in the 2017 draft, Wright reached the majors for cameos in 2018 and 2019 but has flatlined as a prospect, and scouts believe his stuff has regressed a bit since he was drafted. He's still an intriguing arm, given his pedigree, but if the Braves are looking to upgrade somewhere -- say, third base -- Wright could be a trade option.

The Nationals just signed Will Harris, a terrific addition to the bullpen, but they could still use depth in the pen and a third baseman to replace Anthony Rendon. Cate, the team's second-round pick in 2018 out of UConn, is a 6-foot lefty with a big curveball who had a strong season in Class A in 2019, making him attractive trade bait.

Lowrie will have to prove he's healthy after getting just eight at-bats last season, and the Mets might have to eat some of the $10 million he's owed for 2020, but given that Lowrie averaged 4.4 WAR in 2017 and '18, he would make for an interesting gamble for a team looking to add at second or third base.

Is it just me, or is this kind of a weird hodgepodge of a roster? Who plays center field? Is Scott Kingery the third baseman or a super-utility guy? Is Didi Gregorius really a better defensive shortstop than Jean Segura? They have a million relievers, but which of them will be healthy and good in 2020? Anyway, I suspect somebody from the minor league system is most likely to be traded. Ortiz has huge raw power and hit 19 home runs in the Florida State League, but he also hit .200 and struck out 149 times in 115 games.

With top prospect Dylan Carlson knocking on the door to the major leagues and Randy Arozarenaan intriguing prospect after posting a 1.003 OPS between Double-A and Triple-A, Martinez might be scrounging for playing time come midseason, especially given his defensive liabilities. He is due to make $4 million each of the next two seasons, so maybe an AL team can use him as a DH/bench player or a contender will pick him up as depth insurance.

Update: Martinez was traded to the Rays on Jan. 9, with Arozarena also part of the package that landed highly regarded pitching prospect Matt Liberatore for St. Louis.

With the addition of center fielder Shogo Akiyama from Japan, the Reds have 11 outfielders on their 40-man roster -- and reportedly are one of the clubs interested in free agent Marcell Ozuna. The outfielders who matter most are Jesse Winker,Aristides Aquino, Akiyama and Senzel. If the Reds sign Ozuna, perhaps Senzel becomes the centerpiece of a Lindor trade with Cleveland.

Musgrove went 11-12 with a 4.44 ERA for the Pirates, with a solid 3.82 FIP and just 39 walks in 170 innings. As Buster Olney wrote the other day, "The value of young pitchers has skyrocketed, to the degree that one executive mused over what the asking price in trade will be" for Musgrove, who will make about $3.5 million this season and has another year of team control in 2021.

Indians fans would love to see Gavin Lux here as the payment for a Lindor trade, but the Dodgers aren't trading a player who has Lindor-like potential at the plate. Maybe Joc Pederson goes in a Betts trade. If the Dodgers make a big deal, however, Ruiz, one of the best catching prospects in the minors, is a strong candidate to go. Will Smith emerged as the team's starting catcher for 2020, and the Dodgers still have plenty of catching depth in the minors behind Ruiz, with the likes of Diego Cartaya and Connor Wong.

Coming off an 85-win season, the D-backs have constructed an interesting roster, and I'd love for them to keep Ray and roll the dice. No doubt catching the Dodgers will take a lot of breaks, but the D-backs should be strong wild-card contenders. Maybe they'll end up holding on to Ray, but given that he'll be a free agent, his name will remain front and center in trade rumors.

The smoke around the Arenado trade rumors appears significant enough to include him here. A pairing with the Braves makes sense, as Atlanta has what the Rockies need: a young center fielder in Cristian Pache and pitching depth in the minors. Is a trade likely? Colorado is extremely cautious, so I would bet against it, but the Rockies don't seem to be shutting down the rumors.

This is a similar scenario to Hader and the Brewers, except Yates is a free agent at season's end. That makes him an even more likely trade candidate if the Padres fall out of the race, especially if he posts his 2019 numbers again: 60 IP, 41 H, 2 HR, 13 BB, 101 K. 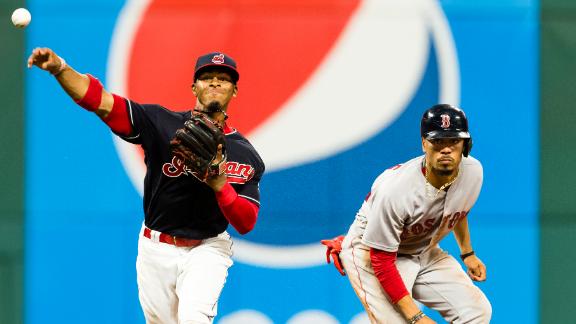