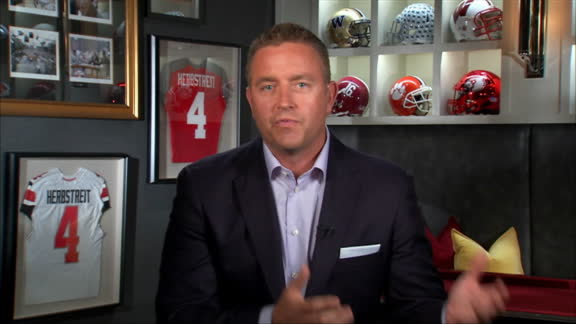 A week after being seemingly snubbed by the College Football Playoff committee, the Washington Huskies find themselves now in the top four.

Washington joined incumbents Alabama, Clemsonand Michiganin the CFP's top four after last week's No. 4, Texas A&M, lost both a game and its quarterback at Mississippi State on Saturday.

The Huskies (9-0) ran over Cal this weekend to fully capitalize on the Aggies' defeat.

Ohio Stateis the highest-ranked one-loss team, checking in at No. 5 after its big win over Nebraska. The loss, coupled with the injury to quarterback Tommy Armstrong Jr., led to the Huskers' tumbling from No. 10 to No. 19.

After being behind one-loss Texas A&M last week, Washington successfully held off the Buckeyes in the second run of rankings, but CFP committee chairman Kirby Hocutt said it was close.

Louisvilleand Wisconsinalso each moved up a spot to Nos. 6 and 7, respectively, with Texas A&M landing at No. 8 after spending a week in playoff position. Auburnheld steady at No. 9, while Penn Statejumped up two spots to round out the top 10.

Oklahomaand Coloradomade moves of their own as they each climbed three spots to check in at Nos. 11 and 12. They are followed by Oklahoma State, which moved up five spots, and Virginia Tech.

Utahwent from No. 16 to No. 15 while enjoying its bye week and is followed by West Virginia, North Carolina, Florida Stateand Nebraska, which fell nine spots after getting steamrolled by the Buckeyes.

USCmakes its CFP debut this season by coming in at No. 20. The resurgent Trojans can make a major statement this week as they travel to take on Washington.

At No. 21, Western Michiganis the highest-ranked team outside of the Power 5 conferences and has an inside track to a New Year's Six bowl game. Though the Broncos rallied for a 37-21 win Tuesday night, Boise Stateis nipping at Western Michigan's heels at No. 22. Washington Stateand a pair of SEC schools -- LSUand Arkansas-- round out this week's top 25.The Tigers fell 11 spots, despite losing a tight 10-0 contest against Alabama. 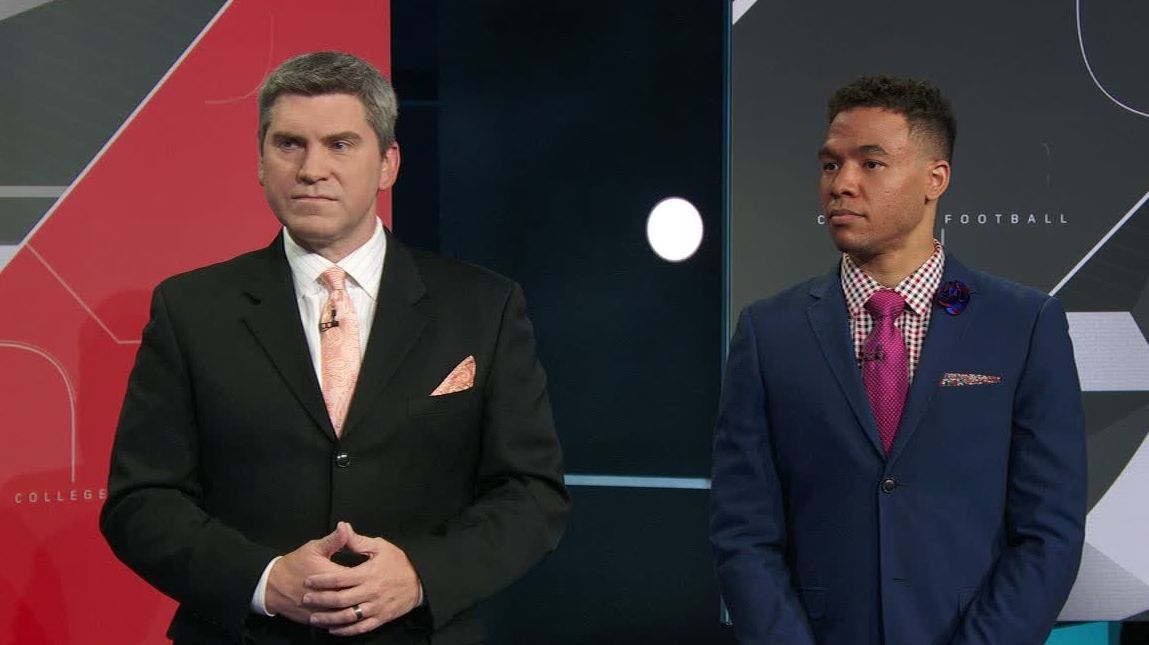 With Washington in top 4, there's no more drama
Edward Aschoff and Brad Edwards discuss what surprises them the most in the CFP committee's rankings and debate if anyone was left out of the conversation.