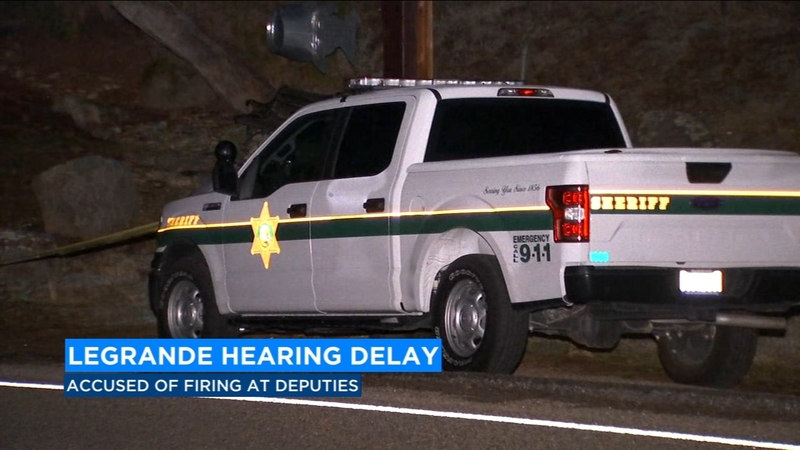 FRESNO, Calif. (KFSN) -- A court hearing was delayed this morning for the Squaw Valley man accused of shooting at Sheriff's deputies.

53-year-old Lance Legrande is still in the hospital, being treated for injuries suffered during the alleged standoff and shootout with deputies.

Legrande is facing a number of charges -- including three counts of assault with a firearm on a peace officer.

When deputies arrived at the home, they heard gunshots and a long standoff began.

Officials say it ended when Legrande shot at deputies and they returned fire, arresting him as he attempted to run away.