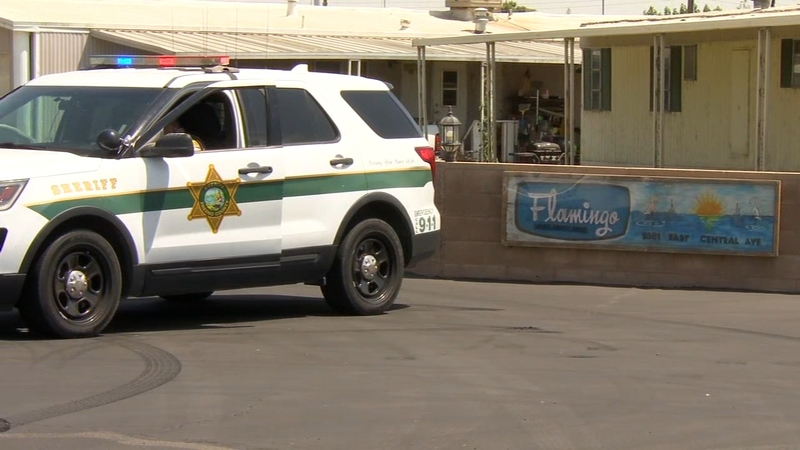 FRESNO COUNTY, Calif. (KFSN) -- A standoff in Fresno County has come to an end after authorities say the suspect died by suicide.

Deputies were called to the Flamingo Mobile Home Park on Central near Marks around 9 am Wednesday.

They were told a man with active arrest warrants was inside one of the units.

The suspect was wanted for domestic violence-related charges.

The Crisis Negotiation Team tried to talk him into surrendering, and later the SWAT team deployed tear gas into the trailer.

After receiving no response, deputies sent a robotic camera inside and saw a person lying on the ground.

They made their way in and say the man was dead from self-inflicted wounds.

The suspect is a resident of Butte County, and his name has not yet been released.