Stanley, L.A.'s most famous giraffe, is at the center of two misdemeanor criminal trials and has been "seized in place" as evidence by the state. Meanwhile, dozens of people are fighting to get refunds from Malibu Wine Safaris.

MALIBU, Calif. -- Stanley the giraffe of Malibu Wine Safaris is at the center of two pending criminal trials and has been "seized in place" as evidence by the California Department of Fish and Wildlife.

Stanley, famous for his selfies with celebrities and a cameo in "The Hangover Part III" is for now, still located at the sprawling Saddlerock Ranch in Malibu where he's lived since 2015 among other animals like zebras, water buffalos, camels and llamas.

But Eyewitness News has learned that members of the Semler family, who own the ranch and Malibu Wine Safaris, have never held the required county permits to operate a business with wild animals.

"Right now, they're in unlawful possession of a giraffe," says Capt. Patrick Foy of the California Department of Fish and Wildlife, who explained that Stanley was "seized in place" because it's no easy task to move an 18-foot tall giraffe.

Dakota Semler, owner and CEO of Malibu Wine Safaris, is facing misdemeanor criminal charges of "maintaining an animal facility or a wild animal without a license."

Ron Semler is Dakota's father and owner of Stanley the giraffe. He is facing misdemeanor criminal charges of providing false information on his application for Stanley's "restricted species" permit with the California Department of Fish and Wildlife.

Both Ron and Dakota Semler have pleaded not guilty to the charges and both declined to speak with us for this story.

According to the Los Angeles County Department of Animal Care and Control, no animal facility license has ever been issued to any member of the Semler family or Malibu Wine Safaris.

The California Department of Fish and Wildlife cited Ron Semler in June of last year for falsely certifying on his state restricted species permit applications that he was in compliance with all county laws.

"The department notes that your facility has never been licensed by the Los Angeles County Department of Animal Care and Control," says a letter issued by CDFW to Ron Semler.

"One of those criteria for being authorized via a permit is they cannot be in violation of any local ordinances," Capt. Foy tells Eyewitness News.

We asked why CDFW didn't verify that the Semlers had the proper county permits.

"The fact of the matter is we rely on the honesty of the permittee, the applicant, to tell us the truth," says Capt. Foy.

The June 2020 letter gave Ron Semler 30 days to either transfer Stanley to a permitted facility, move the giraffe out of state, humanely destroy Stanley -- or face having the giraffe seized by the state. A case supervisor later stated that CDFW has no plans to destroy the giraffe.

Ron Semler is appealing CDFW's denial of his permit and has argued that he is not legally affiliated with Malibu Wine Safaris, and that neither Fish and Wildlife nor County Animal Care and Control ever raised the issue before the Woolsey Fire tore through his property in 2018.

But that's not true. Eyewitness News found reports dating back to 2015 that ordered Malibu Wine Safaris to apply for a license with Animal Care and Control. What's odd is that even though county animal control officers did regular inspections at the ranch for years, they did not take action on the lack of licenses until after the Woolsey Fire.

In the aftermath of that fire, social media erupted when people learned that Stanley and most other animals on the ranch were not evacuated.

"Stanley was sheltered in place as per our evacuation plan," Dakota Semler said in an interview with ABC News at the time, adding that Stanley was moved into an area with no fuel around it.

But the uproar focused renewed scrutiny of the ranch and may have pressured county and state animal control officers to finally crack down on the lack of permits.

Eyewitness News repeatedly reached out to Dakota and Ron Semler and received no response. Jesse Harbison, general manager of Malibu Wine Safaris, spoke with our producer briefly by phone, but declined to comment on the permit issues because of "ongoing litigation."

SHOW ME THE MONEY! NO REFUNDS FOR SAFARIS

Eyewitness News began digging into Malibu Wine Safaris after viewers reached out to complain that they'd booked safaris either before or during the pandemic and cannot get refunds.

"I just thought it would be beautiful to spend my birthday in Malibu with, you know, a giraffe and sipping on wine with the family," says Britney Boyd, one of seven would-be safari guests ABC7 spoke with who say they have yet to receive refunds for canceled wine safaris.

Britney booked her safari in July, thinking that Malibu Wine Safaris was open, but they were not. She's out $400 and says they've refused to give her a refund.

"We're not giving you a refund, we're holding onto your money," says Britney. "They knew they were closed, yet they're still allowing people to book tickets and, you know, reserve and take their money."

Maureen Rigogne also booked a wine safari in July for a September bachelorette party. She's out $900. Maureen, like all of the women we spoke with, was offered a voucher instead for hike or bike tours.

"I'm not sure what they're doing with the money at this point," Maureen tells Eyewitness News. "They're literally taking it in. So, what are they doing with it?"

Andrea McAdams booked a wine safari for a group of twelve friends from a "Meetup" group in Orange County. She's still trying to get her $1,200 back.

"The last time I heard from them was in July," Andrea tells Eyewitness News. "I haven't heard anything since. I mean, it's been complete radio silence."

Jessica LaCour booked her safari in March of last year when the Malibu Wines Safari still appeared to offer refunds. Their website now says, "no refunds may be submitted."

"I only purchased two tickets, luckily. So, I'm out $200," says Jessica. "This is no way to run a business - what you are doing is stealing from people's pockets."

Harbison of Malibu Wine Safaris told Eyewitness News by phone that they have "every intention of processing the refunds," but it's taking longer than anticipated. Harbison said they've already processed "thousands" in refunds, but did not follow up on his promise to share proof of that and stopped returning calls and emails.

So, are the Semlers too short on cash to give the refunds? Records show that Malibu Wine Safaris' LLC "Bucket List Experiences" received a PPP or Paycheck Protection Program loan of $630,762 in April of last year.

Ron Semler's Saddlerock Ranch has been assessed at more than $12 million, according to Los Angeles County property records. That assessment is far under market value given that the ranch was purchased decades ago and Proposition 13 keeps the base value low.

Ann Reyes booked a safari in March of last year for a July bachelorette party. She and her friends initially postponed it to August due to the pandemic, but then asked for a refund.

Anne was especially persistent and finally got an email promising her a refund. That was back in July and so far, no refund.

NOT HIS FIRST BRUSH WITH THE LAW

Decades before Ron Semler got into the business of wine at the ranch, he made much of his money in a family business supplying military parts to the government. In 1987, Ron and his brother were charged with illegally selling 87 American helicopters to North Korea, which violated the Trading with the Enemy Act. Ron and Barry Semler both pleaded guilty to lesser charges in 1988 as part of a plea deal. Ron was sentenced to three years in federal prison.

Another convicted felon associated with the ranch is animal trainer Rick Nyberg. Nyberg has been listed in various documents as Stanley's trainer and Nyberg held a CDFW "restricted species" permit for the giraffe for some period of time.

In 2018, Nyberg was charged with three counts of misdemeanor child molestation. He pleaded no contest to one count in a plea deal that required him to register as a sex offender, stay away from the victim and not possess weapons or ammunition.

In 2019, Nyberg was charged with two counts, including felony unlawful possession of ammunition. He pleaded no contest to one felony count. Within months, he violated probation after a tip led probation officers to Nyberg's home where they recovered a hunting bow, arrows, a hunting knife and a sword, according to the Los Angeles District Attorney's Office.

Despite the felony conviction, Nyberg is still listed on Ron Semler's "Emergency Action Plan" as one of the people qualified to use a firearm in the event of an animal escape. That plan, dated September of 2020, was submitted to Ventura County officials as part of possible plan to move Stanley to a property near Moorpark College.

Nyberg did not respond to our requests for comment.

WHAT HAPPENS TO STANLEY NOW?

Stanley is in legal limbo for now. Because he's been "seized in place" by the Department of Fish and Wildlife, he remains at the Malibu Ranch for now.

"This is an unusual case," says Capt. Foy. "I think what ultimately will force the decision on finding a new home for the giraffe is to let the criminal court cases play out." 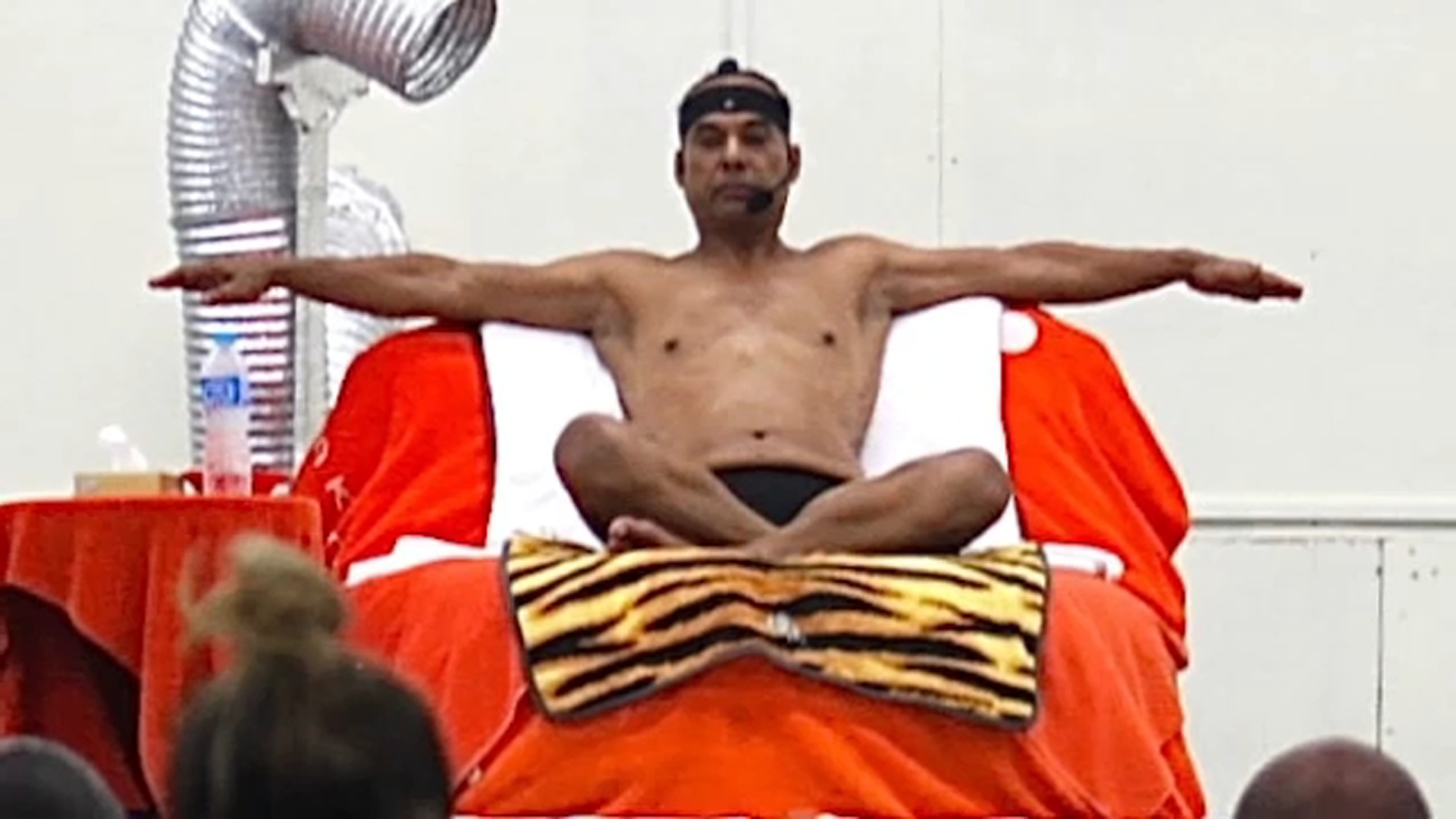 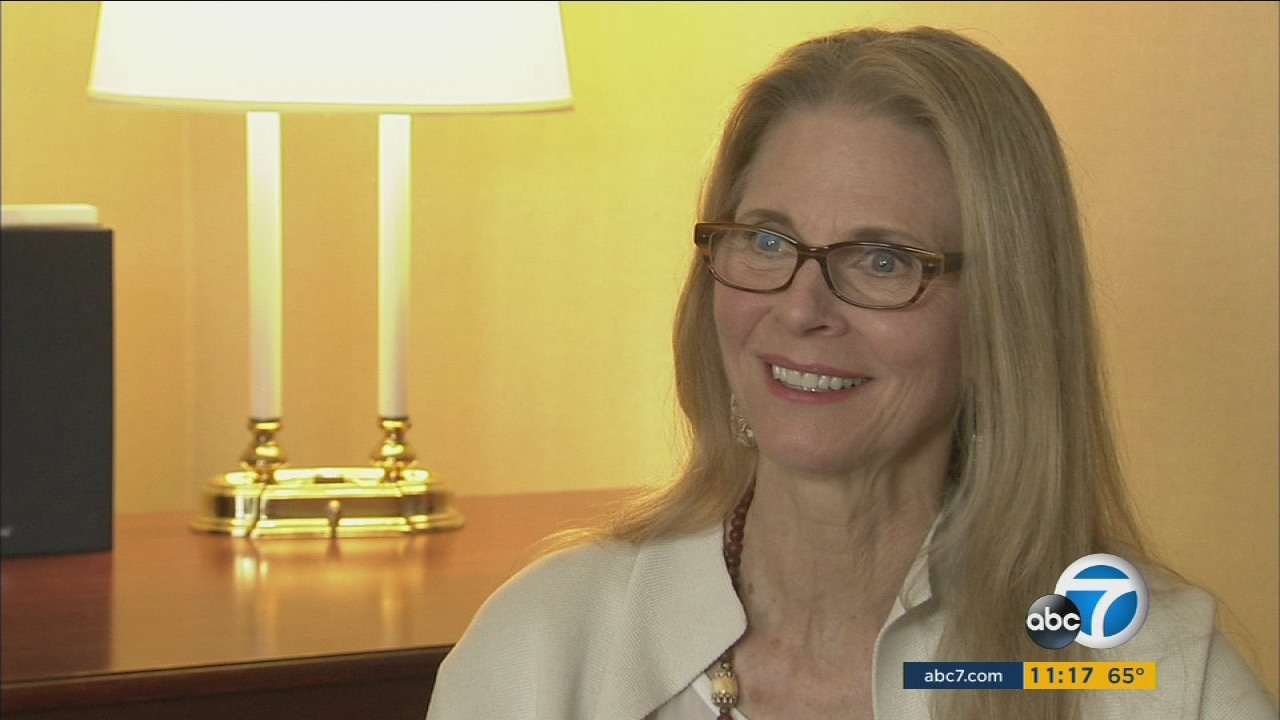 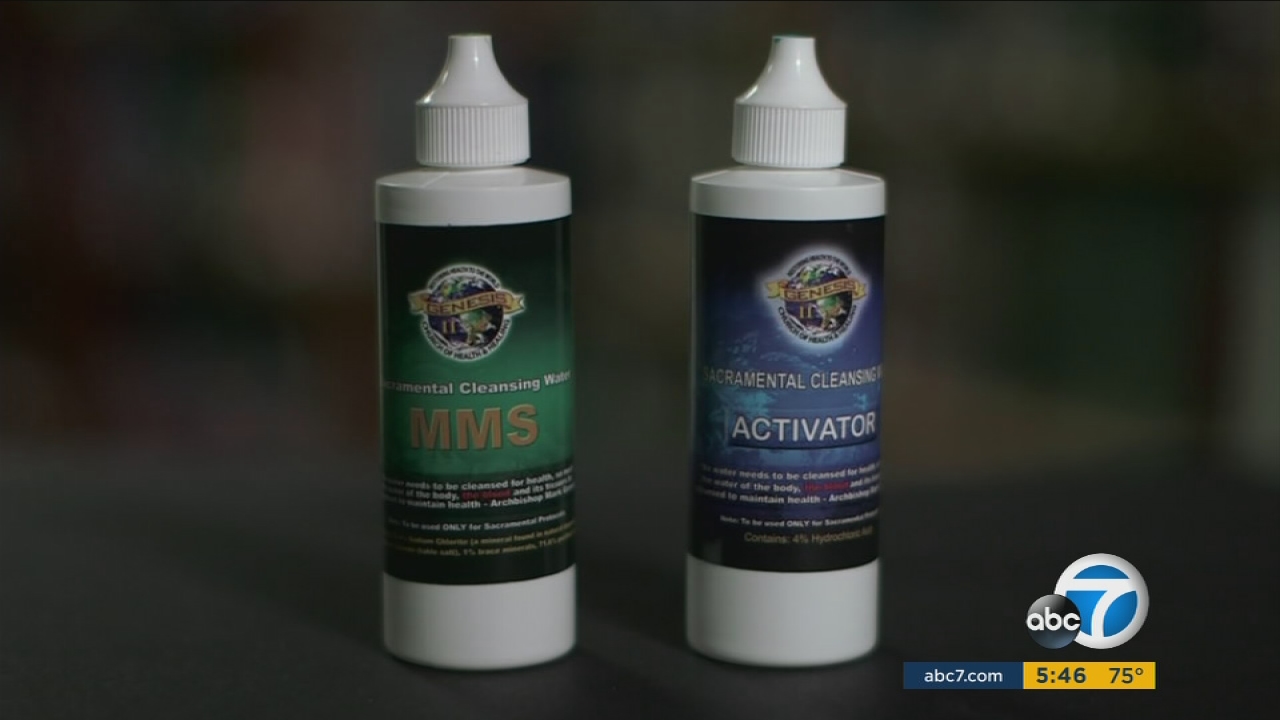