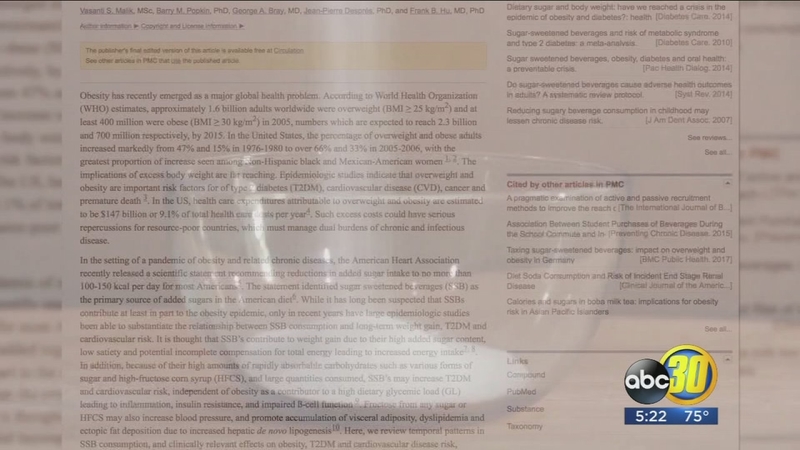 Rahwa Neguse used to be the queen of sugar, but now, she switched to natural sweeteners.

"We use raw, organic honey, as well as dates."

In addition to setting an example for her toddler, this mom says she has more energy and feels better. That's no surprise to Gary Taubes who wrote the book "The Case against Sugar."

"What crime am I prosecuting sugar for? And the answer is we have epidemics of obesity and diabetes worldwide."

Research has linked sugar-sweetened beverages to everything from obesity to diabetes. But the American Beverage Association disagrees, stating "the CDC verifies obesity rates have increased for years at the same time soda consumption has declined."

Taubes argues that while consumption has decreased, our bodies do not respond as quickly and when it comes to some leading health problems, he believes sugar remains a prime suspect.

"And what I'm saying is that sugar has unique physiological effects in the human body, independent of its caloric content."

At a recent conference in Miami, advocates, the food industry, educators, and consumers came together to share ideas on bringing better food into everyday life. One of the speakers is a main voice behind the nation's first soda tax.

"Every time somebody buys a food, that person is voting with a fork for the kind of food system that they want. And obviously, brand managers hear that. If people stop buying their products, they have to change their products or they won't stay in business," said Dr. Marion Nestle, NYU professor.

In response to consumer demand for more options with less sugar and as part of the beverage industry's Balance Calories Initiative companies say they now offer more low and no-calorie drinks.