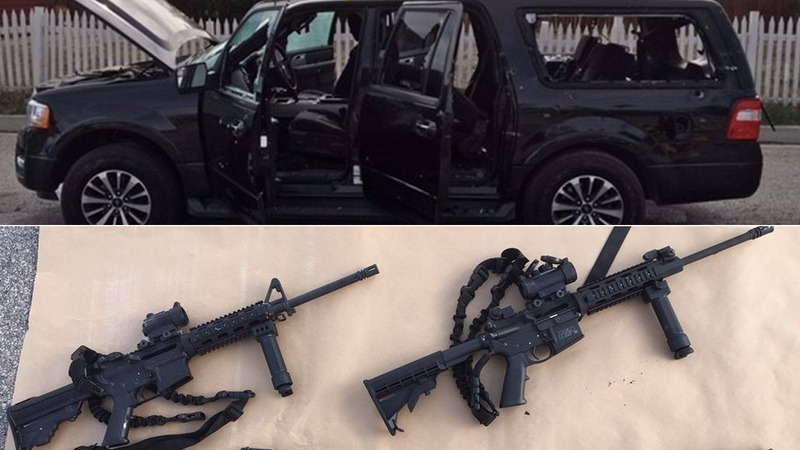 San Bernardino shooters made sure to cover their tracks, sources say

The disclosure about the online activities of Malik provided the first significant details suggesting a motive for her participation with her husband, Syed Farook, in the shooting at the Inland Regional Center that left 14 dead and 21 others injured on Wednesday.

Farook, 28, was an American citizen, while Malik, 27, was in the United States on a Pakistani passport and had a K1 "Fiance" Visa, according to David Bowdich, assistant director of the Los Angeles FBI office.

Farook traveled internationally and re-entered the U.S. with Malik in July 2014. The couple married in Riverside that same year and had a 6-month-old daughter.

A U.S. official said Malik expressed "admiration" for the extremist group's leader on Facebook under the alias account and said there was no sign that anyone affiliated with the Islamic State group communicated back with her and no signs of any operational instructions being conveyed to her. This official spoke on condition of anonymity because this person was not authorized to discuss case details by name.

Syed Rizwan Farook, 28, is seen in this undated photo obtained by ABC News (left). Ammunition carried by Farook and wife at the scene of a shootout in San Bernardino (right).

The San Bernardino rampage was the nation's deadliest mass shooting since the attack at Sandy Hook Elementary School in Newtown, Connecticut that left 26 children and adults dead in 2012.

The FBI is working to determine the couple's motive, which could include workplace violence or terrorism.

Attorney General Loretta Lynch cautioned that it could have been work-related rage or a twisted hybrid of religion and personal vendetta.

The suspects made sure to cover their tracks by smashing their cellphones and hard drives, law enforcement sources tell ABC News.

Digital media recovered at multiple scenes connected to the shooting have been sent to an FBI laboratory in Virginia, where computer forensics analysts will try to reconstruct and extract any digital information they can. The bureau hopes that some of the information, such as email and texting, can be retrieved from internet providers and mobile phone companies.